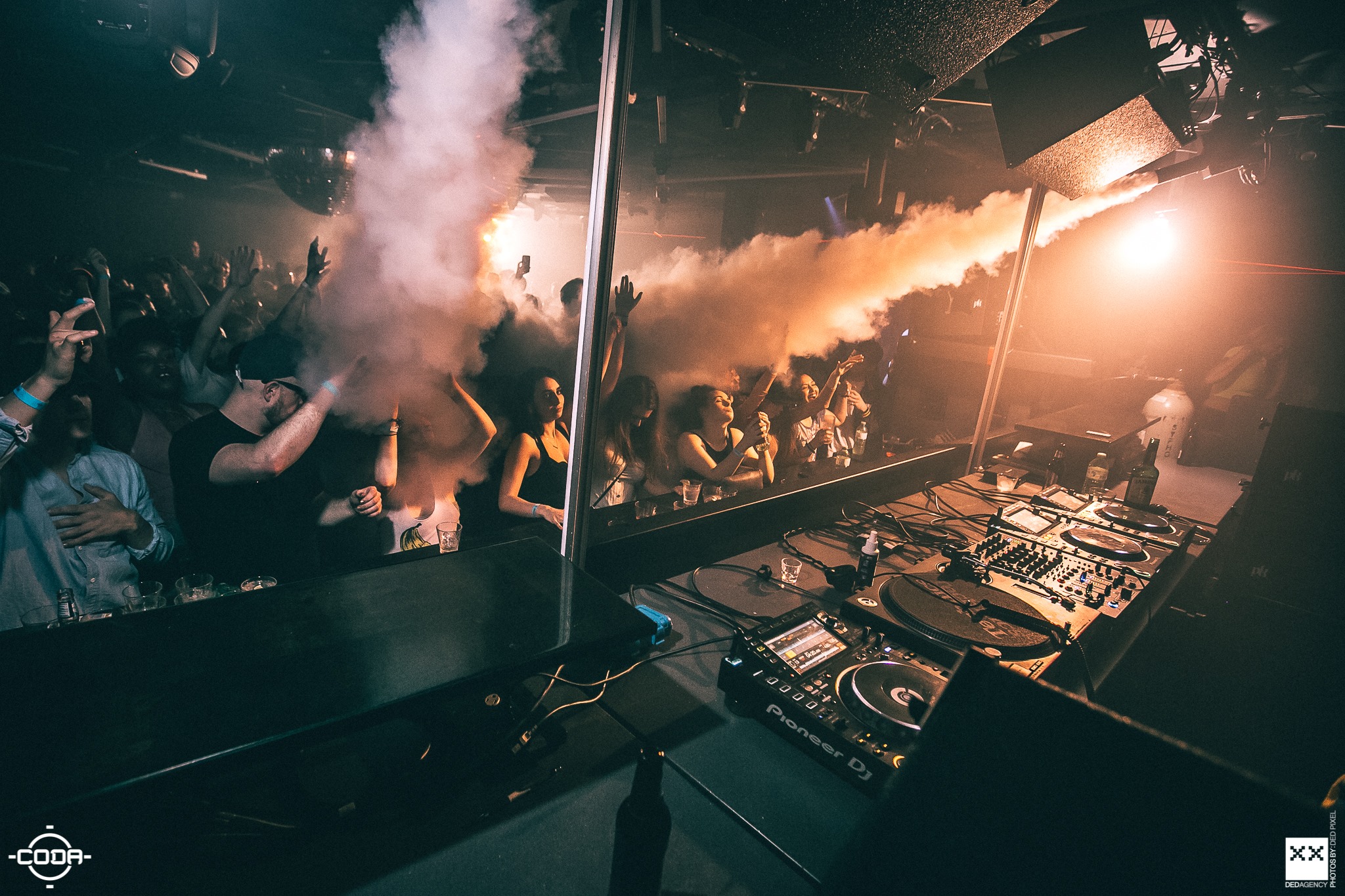 The temperatures are heating up and we’re not just talking about the weather outside… This July CODA will deliver a heatwave of performances beginning on July 5th with German DJ Duo andhim followed by Toronto’s Kian, delivering a groovy set on July 6th. The following weekend will bring the house down with back-to-back performances starting on Thursday July 11th with world famous entertainer Diplo and continuing on Friday the 12th, with trance music legend Simon Patterson. Just a short week later, the Domestic Series will bring a selection of talent to CODA on July 19th, plus a special open-to-close set from none other than Skream on Saturday July 20th. Lastly, music industry veteran Eric Morillo will close off the month with a vibrant set on Friday July 26th. Get your dancing shoes ready and come join us this July for some unforgettable acts…

All the way from Cologne, Germany this dynamic duo will definitely bring the funk to the stage to kick off the first show of the month. Tobias and Simon make an energetic team as they deliver their own ‘Superhouse’ genre of electronic music. Their unique sound will hypnotize the crowd with tropical melodies and soothing vocals. Known best for their single How many times and Stay close to me, andhim will be sure to leave the crowd in a euphoric state. 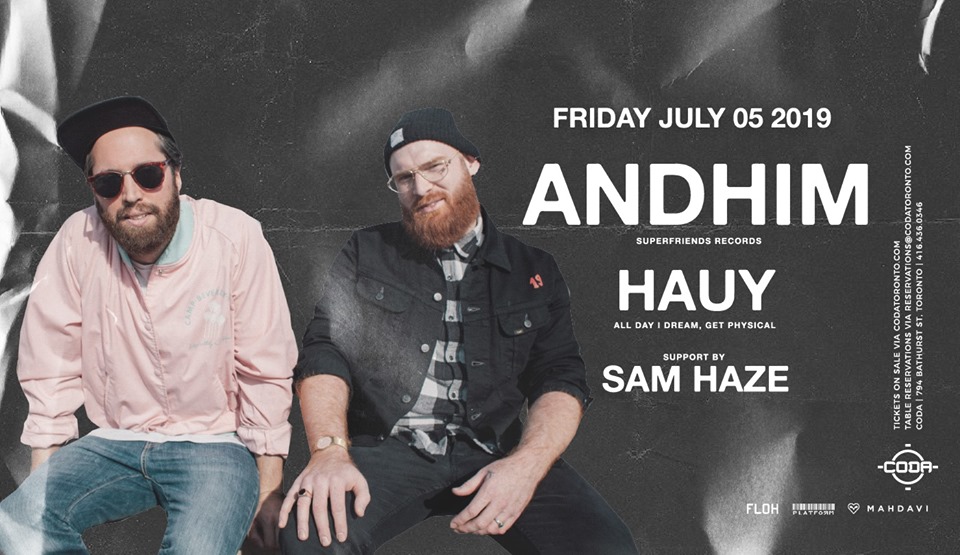 Kian will be making his mark at CODA this July 6, as him and his friends bring in huge Toronto energy with their groovy house mixes. This night prepares you for a stellar artist list, with well known local artists Gera, MRKG, and Leila N Marek,  supporting the incredibly talented Kian. Be sure to come ready with your dancing shoes because their sets are inexplicably captivating and will certainly keep you on the dance floor all night! 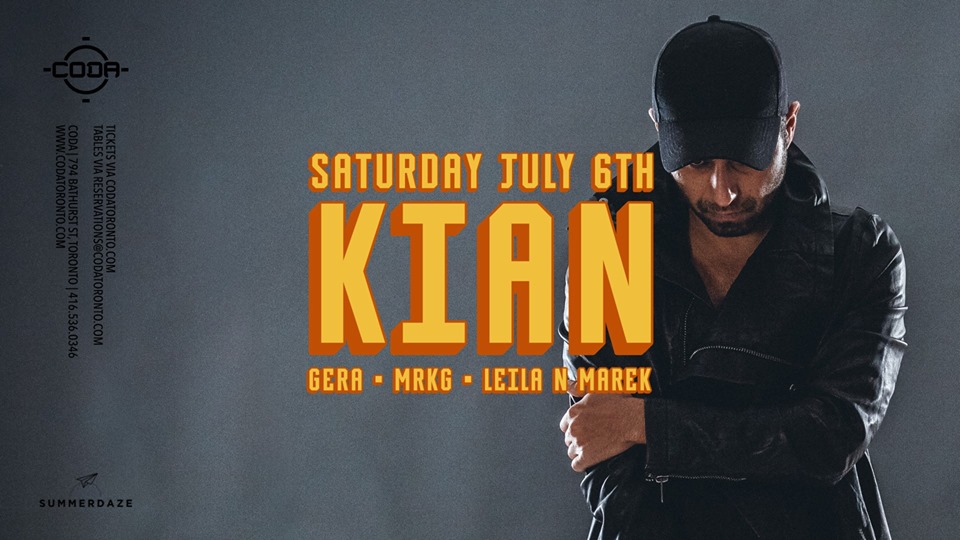 Making his first Toronto appearance since January, Diplo returns to the city’s infamous CODA for a night full of deep dance tunes. At the beginning of May the artist released his ‘Higher Ground’ EP that shocked listeners as it featured songs different from the producers usual sounds. Combining beautiful vocals with a heavy bass line, Diplo delivered four original tracks on ‘Higher Ground’ collaborating with producers such as Blond:ish and vocalists such as Kah-Lo and Tove Lo. 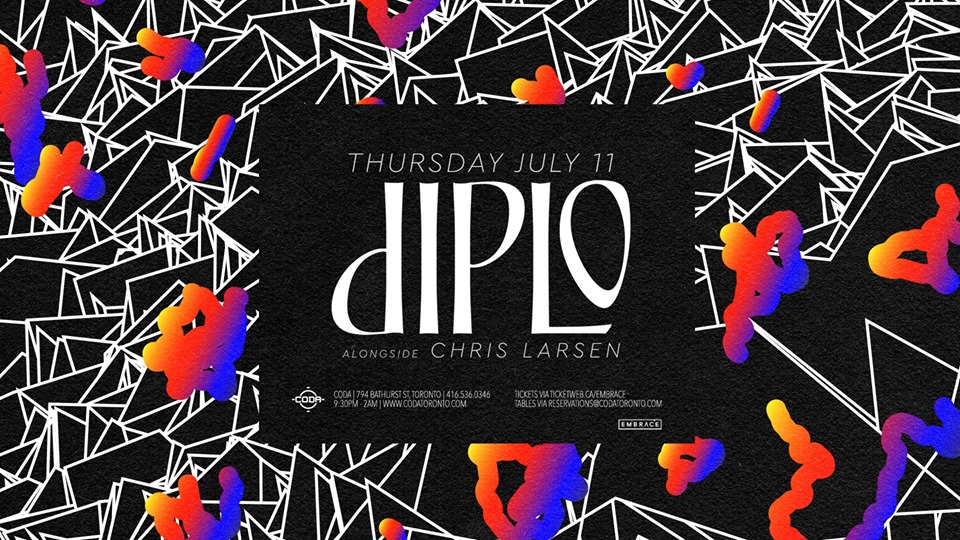 Following the Thursday night show, electronic music veteran Simon Patterson will raise the energy with his trance set. Patterson has made his mark in the electronic scene and earned support from multiple industry leaders such as Armin Van Buuren, Paul Van Dyk, Tiesto  and many more. Having played worldwide to hundreds of thousands of people, there is no doubt that Patterson will entrance the Toronto crowd when he takes on CODA on the 12th. 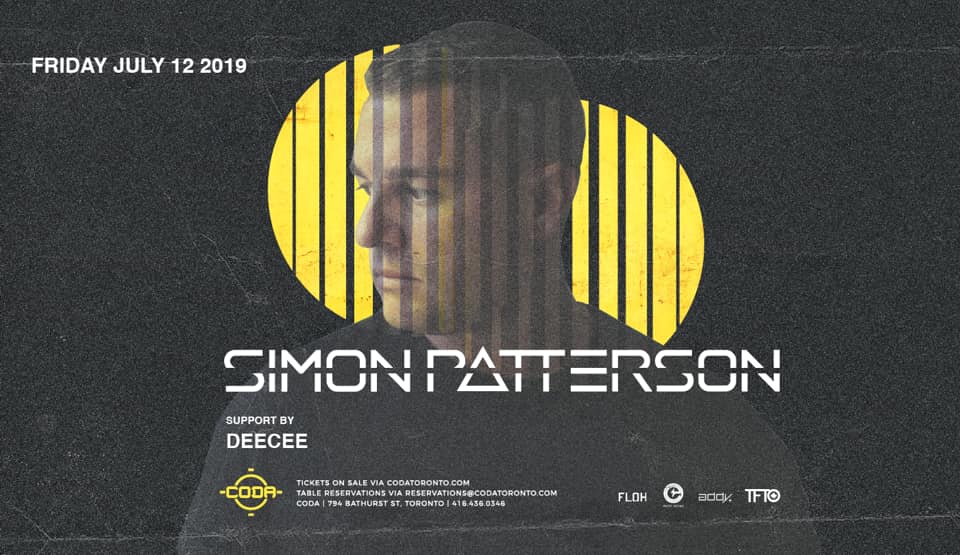 The DOMESTIC series brings you the finest selection of house and techno DJs based right here at home. On this night, CODA will be offering domestic beer specials and chances to win two VIP passes to the August 10th instalment of Electric Island!  The artist list for this special night is truly spectacular, featuring the renowned and loved Addy, accompanied by Spencer Dunning, Random Doug, U.N.I, and Jeremy Andrews. 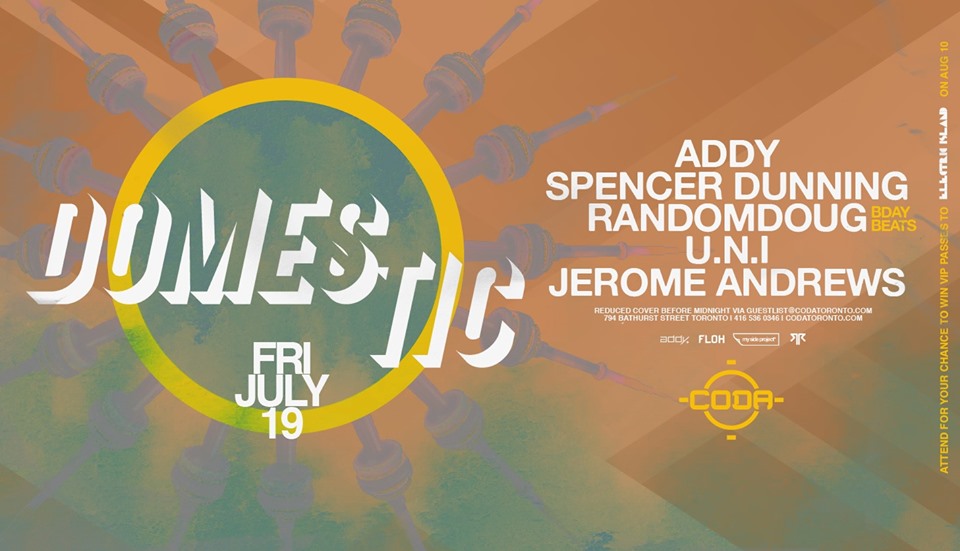 UK based DJ and producer Skream, is known for moving dancefloors worldwide through a transition of different genres, stemming from disco to techno to house and everything in between. Going from hosting his own party series known as ‘Skreamizm’ all over the world to showcasing his wide array of sounds through his ‘Open to close’ parties, Skream has proven himself an electronic  music aficionado. Skream takes the stage at CODA on July 20th. 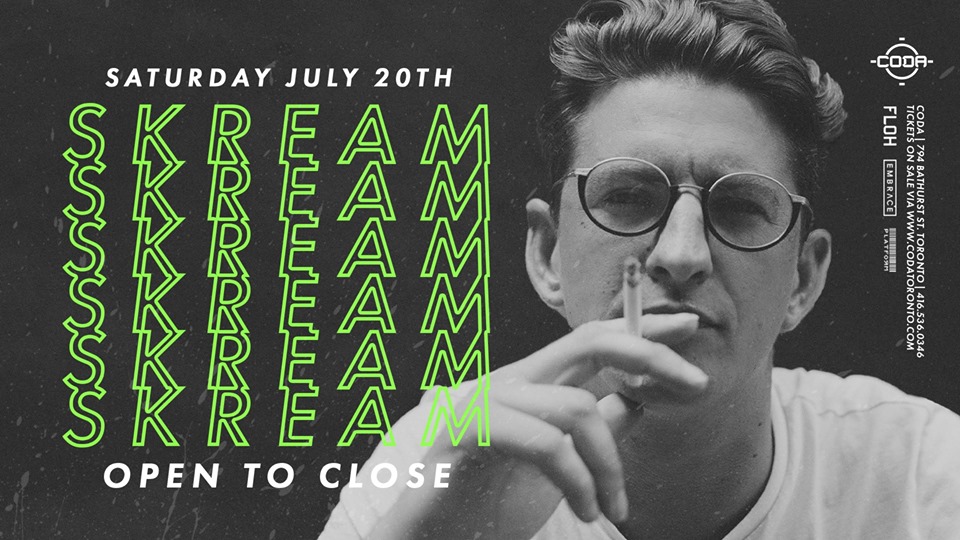 Another world renowned artist will take the stage at CODA on July 20th. This platinum selling artist has topped charts worldwide… starting his DJ career at the young age of 12, Eric Morillo has definitely made a massive mark on the music scene across multiple genres. His groovy, beach side sound will surely entertain the crowds. 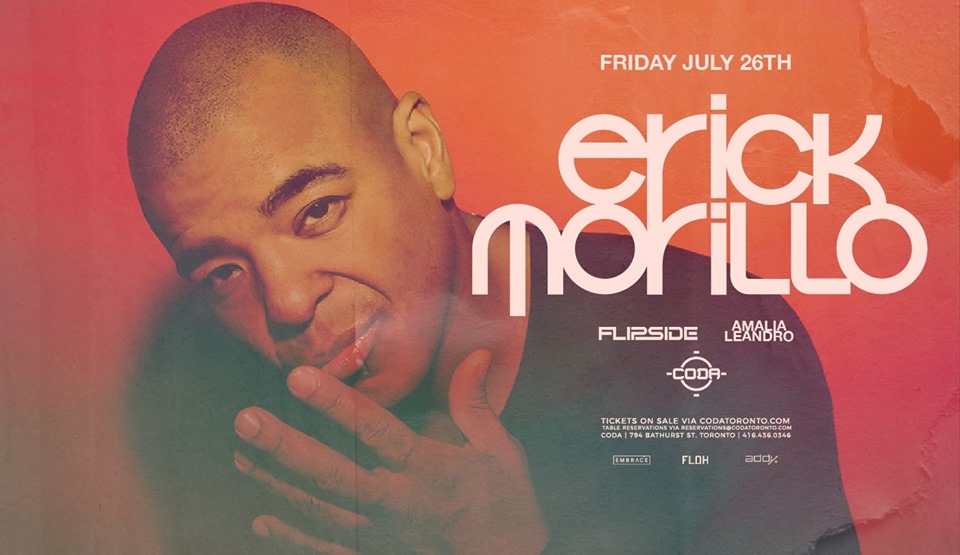