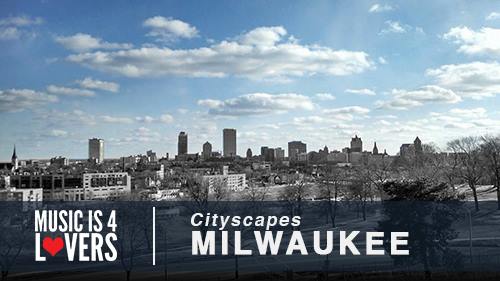 It would appear that the Midwestern region of the United States holds the innovative cards for inspiring revolutionary electronic musical movements.  The house and disco craze stands as a strong pillar of Chicago’s resilient character as does Detroit’s rugged air that led to the invention of hard hitting techno. Yet, seated on Lake Michigan along the East Coast of Wisconsin, Milwaukee’s large metropolitan landscape, industrial roots and creative edge have bred a colorful musical history of its own, narrated by the phases of the alternative electronic scene. Symptomatic of the brutal winters, plethora of abandoned warehouse spaces and- quite possibly- the vast German influence due to the 19th Century wave of immigration, assertive genres such as gabber, hardstyle and techno dominantly encompassed the city’s past niche sound.

Surprising as it may be, the first underground raves in the United States were held in rural Wisconsin, as promoters hosted epic artists like Daft Punk (for their first US appearance) and Aphex Twin to remote spaces and fields, paving the way for an alternative community to thrive through a fresh, exciting approach to the musical experience. Both of these artists were hosted at events curated by the Drop Bass Crew, grounded in Milwaukee. Formed in 1992, Kurt Eckes’s production company and record label Drop Bass Network laid the groundwork for the creation of an authentic scene that united youth from the punk and metal realms with the various nocturnal concert goers in random, dark corners of the city.

Milwaukee was also a cut above in documenting these events and musical instances through the first popular rave zine, Massive Magazine.  Running from 1993-1999, Matt Massive’s locally produced, grassroots style publication featured artists, studio equipment and the like, but most importantly for followers, published phone numbers to receive information regarding these sought after, covert gatherings.

Yet with stringent police intervention and such a secretive nature, following this 90s hype came a period of time when Milwaukee’s underground dug itself so deep that it nearly disappeared, until a revival put a modern twist on a rigorous domain that continues to be strongly rooted in its underground core.

In the early 2000s, venues such as Matisse, Dish and Mantra Lounge paved the way for tastemakers like Brad Owen and James Amato to keep the talent revolving, but continuing in the warehouse tradition, Derek Fer Real spearheads A Long Nite Productions for 11 years running, putting on events that bear a strong resemblance to the vibe and atmosphere of the 90s.  Recently, Fer Real has hosted parties with Drumcell, Kill Frenzy, Golf Clap + Jeff Derringer, Derrick Carter, Woody McBride and an upcoming event with Harvard Bass in April.

“When I was a teenager, the rave community provided a very important space for me to really discover myself and I felt that responsibility to fill the void in Milwaukee and provide that community for others with no expectations or judgements.” -Jessica ‘Fortune’

One influential artist and promoter who currently brings quality talent with consistency and flair is British born Milwaukee transplant Jessica ‘Fortune,’ who began to experiment with throwing parties in 2005 as For U Events. After a 6 year run as a leading provider of dance music for the city, Fortune re branded in 2011 into what stands strong today as Apart Music, responsible for hosting weekly events with beats from Mark Farina, J.Phlip, Derek Plaslaiko, Justin Long, Worthy & Christian Martin, DJ Aphrodite, Ted Krisko (of Ataxia), Mike Dearborn, Gene Farris and more to Milwaukee’s prime spots for the underground sound.  Yet, as well as a promotional company Apart is also a DJ Collective comprised of Fortune herself, Jason Allen and Niki Kitz who represent individually through their quality sets and also together at their newly curated Apart monthly showcase.

“I decided to re-brand when I felt the music climate changing in America about 4 years ago, as the commercial interest in genres like dubstep began to capture the younger generation who had only been consumed with Top 40 and Hip-Hop.  It was time to spread my scope further as I foresaw this upswing of commercial attention to electronic genres trickling down and feeding the underground once again.  I feel like this is a very exciting time for our community!” -Jessica ‘Fortune’

Apart now holds events at various destinations around the city such as Bad Genie, 720 and Oak are also currently looking at some alternative spaces to hold non-alcoholic events!  Their consistent Friday showcase is held at Studio 200 which has grown into a venue that hosts ranges of house, disco and techno beats Tuesday thru Sunday every week.  Tuesdays have been taken over by Emerge since Fall of 2013, an event that rose from the ashes of Tribe Tuesdays, a Psychadelic Trance and artistically integrative event previously held at Stonefly Brewery, to retain the feeling of a collective consciousness while opening up the community to other genres of music and art.  The concept, co-founder Jack Carpenter posits:

“Every Tuesday evening, like-minded DJs, producers, bands and visual artists assemble at Studio 200 to cultivate a unique experience for all whom participate.  You hear music ranging anywhere from chill, melodic downtempo to hard, driving techno and see live art (painting/clay sculpture/spray paint), projections, sacred geometry, neon lights, psychedelic fabric, and (of course) lasers. It was immediately evident that a truly unique thing happens when music and art are simultaneously perceived – people are completely dissolved in the present moment, rather than worrying about social media, or what happens tomorrow.”

It is refreshing to see a quality local and international scene thriving from a city with such a rich and influential history, and we look forward to the growth of Milwaukee, Wisconsin into a sought after destination for underground seekers of the present.