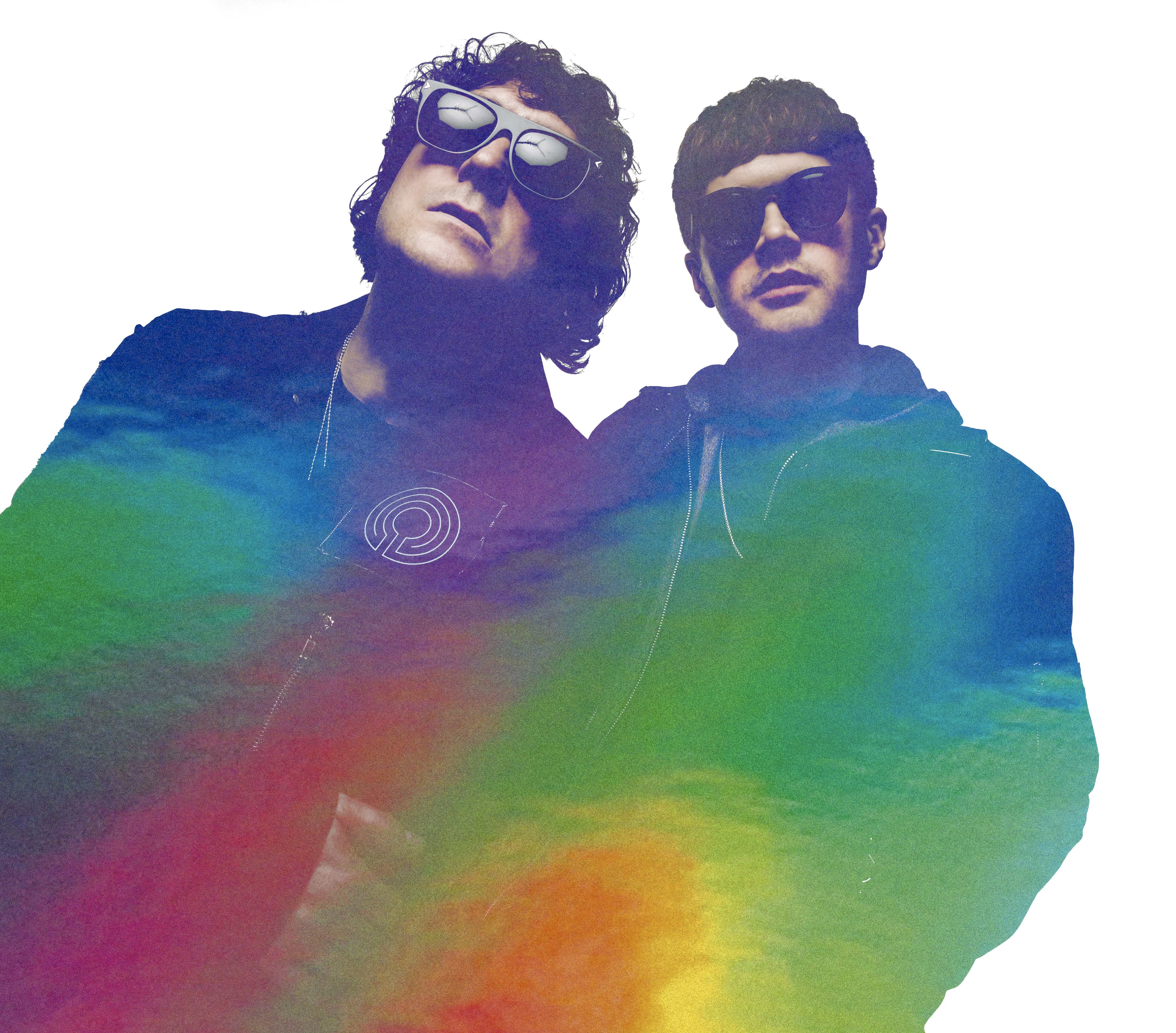 This Valentine’s Day, Research & Development release a special single entitled ‘Love Hertz’ from singular electronic band Circle Sky, aka Richard Norris and Martin Dubka.
Richard Norris, is a legendary producer and engineer who has worked with everyone from The Pet Shop Boys to Bryan Ferry and made cult electronic music as Beyond The Wizard’s Sleeve with Erol Alkan and solo as The Time & Space Machine. His partner in Circle Sky is synth wizard Martin Dubka, who has produced for the likes of Ali Love and Lou Hayter, who’s current single is picking up national radio support.

Great to speak with you Richard and Martin. You have two fairly different backgrounds yet are currently aligned on the same musical path at the moment. Could you tell us some of the early musical influences that individually shaped where you are now?

Martin: I think what really made me get a synth and make these sorts of sounds was Daft Punk’s Discovery.  I’d had Homework for years and that had a big impact on me but there was something in the musicality and the references of that 2nd album that I felt like I understood a bit more personally.  I could hear so many other things I loved in that one record.  It connected the dots for me.

Richard: My first gig was The Ruts at the Marquee, so punk was a very formative influence. Then seeing Cabaret Voltaire and 23 Skidoo, mad electronics with a bunch of TV screens showing Kung Fu loops, that was a pretty big influence, too.

“That melody came to me on the tube on my way home.  I actually feel like I heard it in the tunnel somehow.  Like maybe it was in the sound of the train or the people or something.”

You both have had extremely prolific careers before creating Circle Sky, from Richard’s days as part of The Grid to Martin’s credentials as producer and composer. Could you each pick just one or two projects you are most proud of over your careers?

Martin: I often feel like I could have improved stuff I hear back but I produced an album with Ali Love called “Love Harder” that I really enjoy when I hear it now.  I think it takes a bit of distance to really appreciate something you’ve made.

Richard: Making a record with Sun Ra. Remixing Brian Eno. Being introduced to 10,000 screaming teenagers by Superman at Wembley. Mainly I am most thankful for still being able to make music daily, which is a lot of fun.

Your new single ‘Love Hertz’ drops on Valentines Day, could you tell us about your creative approach to this track?

Martin: That melody came to me on the tube on my way home.  I actually feel like I heard it in the tunnel somehow.  Like maybe it was in the sound of the train or the people or something.  Anyway, I kept singing it all the way home, adding the lyrics as I walked.  When I got in, I played the chords on the piano, hit record and just improvised the basic arrangement.  Sometimes it’s simple.

We’re extremely interested in the mysterious entity that is the vocalist Iris who features on Love Hertz and in frequent bursts on your social media. Would you tell us some more about the premise of Iris connecting the audience to the Circle Sky network?

Martin: Iris is the messenger.

Richard: You’d have to ask Iris! She has a will of her own and is infiltrating the network.

You launched this group three years ago now, has much changed with the Circle Sky vision and your live show?

Martin: Wow. It doesn’t feel like 3 years.  I guess we were busy exploring what Circle Sky could be and defining what we felt it should be.  Probably would be different again if we had waited another 3 years.

Richard: Electronics, melody, atmosphere has been pretty constant from day one. There’s more vocals now. The live show may mutate a lot further.

What would you say your current favourite pieces of studio gear are?

Martin: I’m into my Yamaha TX7 at the moment.  It’s not expensive or rare or anything but every time I spend a bit of time with it I seem to create a sound I haven’t heard before.  That and the font of eternal vibe – the Roland Chorus Echo.

Richard: Casio SK-1, a toy keyboard sampler from years ago with a tiny amount of sampling, has yielded great results.

Are there any projects you are currently working towards outside of Circle Sky?

Martin: Most of them I’m not allowed to tell you about just yet but I am producing an album with Lou Hayter, some of which has started to be released and get some radio play.  It sort of references some yacht rock stuff which, when you hear it in 2019, kind of sounds like hip-hop or house or something because those records have been sampled so much.

Richard: I’m currently working on my new ambient project under my own name. The first release in a series of albums is ‘Abstractions Volume One’, which is out on Group Mind in March. There is also a related club night starting at SuperMax, Kings Cross, in March, and a couple of related installation projects, including a year-long audio visual installation at Liverpool St station from April.

What else can we expect from Circle Sky in the future?

Martin: Well, there’s obviously the rest of the album still to come.  And there are certainly some interesting possibilities for performing it live.

Richard: It’s all in the balance. Ask me next month.

Circle Sky’s ‘Love Hertz’ can be streamed and ordered here