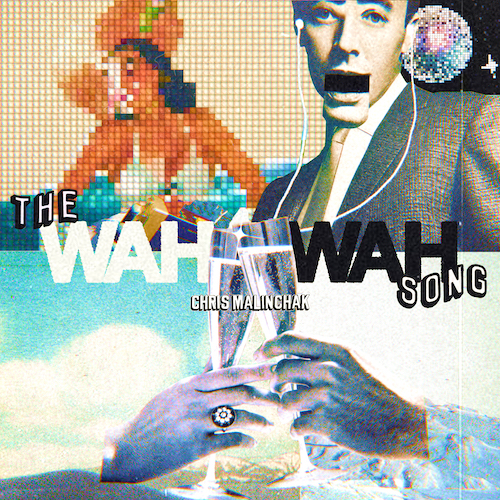 ‘The Godfather of Chill’ Chris Malinchak releases a new single, ‘The Wah Wah Song’, out March 26, to be featured on his forthcoming debut album Night Work.

Combining synths, acoustic guitars and the slick vocals of fellow New York artist Autumn Rowe, ‘The Wah Wah Song’ is an infectiously feelgood dance-pop jam. Finding the sweet spot between psychedelic and tropical, the similarly vibrant official video perfectly captures the mood of the track. The visuals take the viewer on a kaleidoscopic journey from the mountains to the ocean, with one common theme running throughout, legos, taking from the line of the track’s chorus ‘we fit like legos’.

‘The Wah Wah Song’ follows on from previous singles ‘Cellophane’ ‘Pick You Up’, ‘When the World Stops Turning’, ‘Somebody’ and ‘Happiness’, with all six tracks set to feature on Malinchak’s album Night Work, out in June.

Every Friday night listeners can catch his show on Sirius XM Chill at 4PM PT / 7P ET, The Malinchak Show, with playback available on his Soundcloud following the broadcast. Also on Friday evenings, Chris can be seen playing whatever comes to mind/heart on the piano and stream via Instagram for his weekly special ‘Friday Night Live’.

The contemporary face of chill-out dance music, Chris Malinchak first emerged with 2013 smash ‘So Good To Me’, an underground treasure that crossed over to be a massive pop hit peaking at #2 on the UK singles chart. He has spent the years since reaching the hearts of fans internationally with his genre-bending blend of jazz, R&B and dance drawing support from tastemakers such as Pete Tong and Adele and performing at Coachella, Creamfields, and BBC Radio 1’s ‘Big Weekend’ in Ibiza.

‘The Wah Wah Song’ captures Chris Malinchak at his most vibrant and fun-loving.