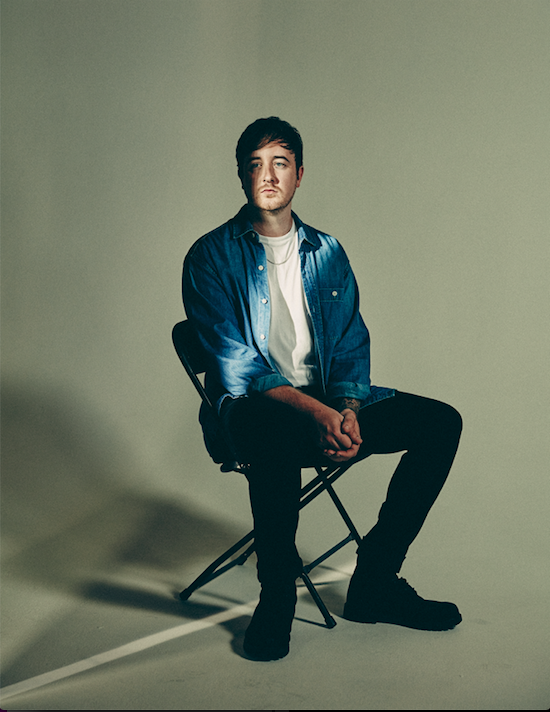 Set to the backdrop of powerful synths, orchestral strings and Chris’ own rousing vocals, ‘Monster’ is an affecting single that sees Chris at his vulnerable. Exploring themes of mental health, exorcising demons and accepting who you are as a person, this breakthrough single further cements his status as a truly gifted songwriter.

The track is accompanied by a ‘Monster Tournament’, where fans are encouraged to submit drawings and illustrations of monsters which will then be turned into animations and battle against each other on Instagram stories until the winner is crowned. ‘Monster’ follows the similarly emotionally-charged ‘Best Part’. Released back in May, the deeply personal track signified a shift in sonic direction for the Plymouth-born artist.

“We all have emotional struggles that hold us back from being the best versions of ourselves,” Chris reflects. “‘Monster’ is about making strides towards self-acceptance and ultimately overcoming your own demons. The opening line is a strong statement about the need to confront any darkness within us; ‘Goodbye. I’m saying, I’m saying it’s time’. Whilst hard-hitting the lyrics have a vulnerability to them; acknowledging that we have demons feels scary but it’s the first step towards healing and that’s something that I know a lot of people will relate to.”

Chris Linton is an esteemed singer-songwriter with over 280 million Spotify streams and has had his music used in over 4 million Youtube videos. With new material in the pipeline, recent co-writes with the likes of Ivor Novello winner Steve Booker (Duffy, John Newman), Louis Mattrs (G-Eazy, SG Lewis, Maisie Peters), Hayla (Example, Wilkinson) and with Gabrielle Aplin are helping Chris redefine his sound.

Destined to become his breakthrough single, ‘Monster’ is a rousing single with a powerful message at its heart.

To find out more about Chris Linton, go to: