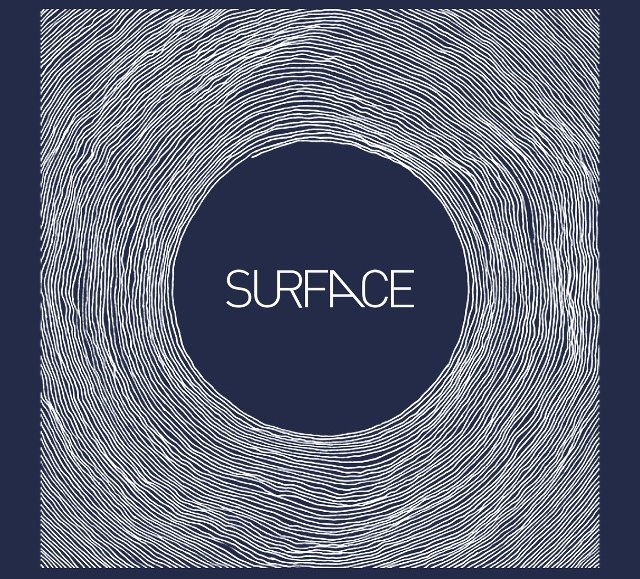 This Friday, San Diego is being blessed with musical majesties, Halo (.5 of H-Foundation) and Adam Shelton. The Surface Recordings and One Records bosses, respectively, are both legendary and innovative forces in the business. We chatted with the artists about running their labels, plans for the future and, of course, their favorite warehouse memories.

With impecable, careful, educated tastes these two are set to cast a palette salivating collection of tracks this weekend. Tracing the underground goes no deeper than this. Sink in.

How did you guys first link up to work together?

Halo: I’ve been a huge fan of Adam’s production and of One Records for a while now and our mutual friend Hector finally linked us up last year when Adam asked Hippe & I (aka H-Foundation) to play at his One Records party for Sonar in Barcelona. After that, we did a remix of Hector’s track “Stoned Raiders,” which came out soon after and ever since then we have became good friends.

Adam: We were introduced by our mutual friend Hector who has been featured a lot on One Records and is a big part of what we do. For me it was a real honor to hook up with the guys as their music has been a major influence to me for the last 12 years or so. Living in Ibiza in 2000 and really hearing a lot of the sounds played there for the first time — H-Foundation, Siesta, and all the crew — were such eye openers for me. To date this has been my favourite introduction to artists that I’ve worked with on the label.

You both have played Fabric. How does the energy there stand out, given it is such a legendary spot?

Adam: Fabric, for me, is one of the best clubs you can play. It is the best run club I have been to as of yet. The team there is unrivaled and the whole experience from a DJ’s point of view, from when you walk in to when you leave (whatever silly time that may be), is just perfect. The club and team supports artists so well and can really help in pushing out what you are doing as a label and as an artist to all the right people. Although everybody knows it, you have to mention the sound system. I regularly just stand there and listen on my own and just enjoy what they have done there. What I like is how the crowd gives you the space to play what you want and that freedom you are given as a DJ really reflects in the sets you play there.

Halo: Hippe & I had our 1st gig at Fabric in 2000, which was our introduction to Europe. It’s still one of the best clubs in the world; we love going back and playing as much as possible. The staff there has been like a 2nd family to us, the energy there is amazing and you can play some of the deepest tracks there and never have to worry about the dance floor.

Adam, what was the music scene like in Birmingham during your musical development? Did it influence your sound at all, or the sound you cultivate now for One? Has it evolved since growing up there?

Birmingham is not somewhere I look at for musical influence, I must say. There have been some good things there over the years, but for me in the UK, I have always looked more towards Leeds, London and Manchester for influence. It is very much on the up now as a city though, and this is reflecting in the clubbing scene, so yes it is evolving but is overdue to say the least.

Halo, coming from Chicago but having long been entrenched in the California scene, are you nostalgic for the past or excited about the future here? I can imagine it a bit of both, but what pushes you to promote Surface out of Southern Cali and continue to cultivate the underground here, despite some of the ebbs and flows?

I’ve been living here in San Diego since 2000 and I’ve seen the scene grow here tremendously over the years. I’m super excited to see what the future brings. For years a lot of DJs have looked past San Diego and would just play in either San Francisco or Los Angeles, but now we have so much international talent coming through here — it feels great to play here. We plan to do a few Surface events in Europe this summer and of course here at home it’s a great way to introduce some of the artist we have on our label.

What can we expect coming up from Surface? Adam, from One? How’s 2013 shaping up for both of you? Any plans for collaboration?

Halo: We have some great stuff coming up for Surface including some really nice tracks from artists like Adam Shelton, Hector, Jordan Peak, David Durango, H-Foundation and Simon Garcia. Hippe and I just finshed an EP for Sneak’s label and a collaboration EP with our friend David Durango for Guy Gerber and Bill Patrick’s label Supplement Facts and we have a few other things that were working on too.

Adam: We have a really strong schedule for the year: EPs from Javier Carballo and Hanfry Martinez, Alex Arnout featuring Tyree Cooper (this I am really hyped about). Also, my first EP on the label is coming up and a really nice package from Hector. Alongside those EPs, we’ll have remixes from Subb-an, Shaun Reeves and Bill Patrick, Jamie Jones, Bloody Mary, Matthew Styles, jozif and many more…hopefully some juicy bomb from Hipp-e and Halo too! (cough cough)

Also ,we have a lot planned with label parties this year, Fabric London, showcase Paris, Sonar Barcelona and a big list of places we will be hitting. In terms of collaborations, our main one is with Illusion Recordings for our off-Sonar showcase. This is going to be a big party and we have done two really nice parties in 2011/12 so hopefully we can make it bigger and better for this year.

For both of you, how has managing a label fit in with busy touring and producing schedules? What’s the most rewarding thing about owning your own label?

Adam: Doing this is a lot of work and now I feel that in the next six months I will need extra help with a busy DJ schedule — there is only so much you can yourself. I have made cut backs in my life over the last year with clubs I was involved in and now I am doing less parties to make way for label stuff and gigs. At least I can say I have tried doing the club/ label/ DJ/ producing/ promoting thing and it is too much on your own. I now know my limits work wise

The most rewarding things for me are: firstly, getting friends on board with the label – it’s a really great feeling to get friends to be a part of what you are doing – and secondly, getting to meet and work with artists that you have been a big fan of for years. For me those are people like Tyree Cooper, Rob Mello, H-Foundation, Jef K. I love it.

Halo: I’ve been involved with a few labels over the years so I guess it comes natural now. I have a certain schedule that I go by when it’s time to do stuff for the label. I usual do all my label stuff in the morning and then usually get into the studio after, so it’s a great balance. As long as I have Internet, I usually can work anywhere in the world to do label stuff. I think the most rewarding thing about owning your own label is the great friends you make while doing it.

Adam: Wow, that’s a question, I have played a hell of a lot of warehouse parties. I am going to go slightly off the DJ thing though and say my best warehouse memory was when I put a party on with the Prodigy. It was their smallest show for nearly 20 years at 800 capacity and if you like them or not – forget house, techno, whatever – this show was off the scale and was one of my best moments as a promoter and club owner. I have never seen a room go off like that.

Predicted track of the night for the Surface party Friday? What’s a guaranteed warehouse shaker?

Adam: Haha, I am planning to kick it off with my new remix of H-Foundation’s seminal bomb Hear Dis Sound. Aside from that, let’s see what goes down!

Halo: I’m gonna play a few of the new H-Foundation tracks, so hopefully they work well.