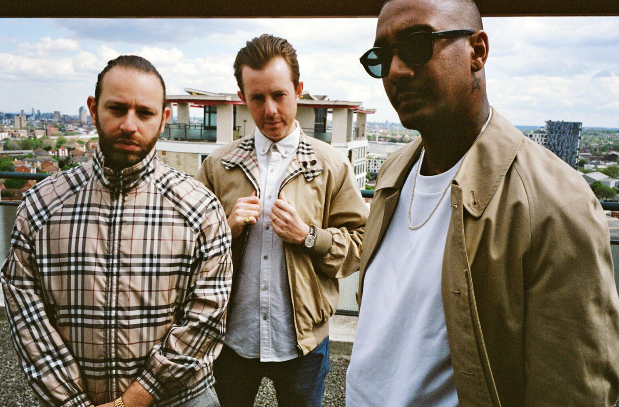 After four successful studio albums, the group have taken it back to their roots and passion with the launch of their trailblazing RTRN II JUNGLE project (release date May 31st), an unstoppable force through 2019 and beyond launching with a documentary in Jamaica, a relentless sold out UK tour which featured an unforgettable Notting Hill showcase, a ground-breaking Printworks show plus a host of festival stage takeovers planned for summer including South West Four, Outlook, Parklife, Boomtown & more.

Now, following on from their regular Amnesia residency, for the first time ever they bring their critically acclaimed RTRN II JUNGLE brand to Ibiza in an exclusive debut, taking over the legendary Amnesia terrace for two special one-off dates this July (2nd & 30th), tipped as two of the most in demand dates of the Ibiza club calendar and set to be unmissable!
Their first showcase on Tuesday 2nd July features a stacked line up of some of the most world-revered artists, guaranteed to send shockwaves through the thousands. D&B super group SASASAS featuring Skibadee, Shabba D, Harry Shotta + DJs Macky Gee & Phantasy bring their fierce jump up D&B show they’ve become famed for as a formidable force in dance music…set to raise the roof!

Special guest General Levy is one of the most in demand MC’s of his generation with his all conquering sound and unique flow, making him one of the most well respected junglist MCs in the game. After featuring on Chase & Status’ standout track ‘Heater’ from their forthcoming RTRN II JUNGLE album, he joins their mammoth Ibiza debut showcase alongside the DJ’s favourite DJ, label owner & too hot to handle, DJ Randall; plus international DJ, radio presenter and record label impresario Madam X completes the line up.

The second date lands on Tuesday 30th July and comprises Bristol’s finest My Nu Leng + Dread MC, who unify garage, dubstep, grime and D&B to push the boundaries of electronic music. Original jungle pioneers Brockie and Det have won countless awards between them and remain one of the most respected duos in D&B as exemplary party starters. Joined by the man behind the most lethal basslines of current times, Metalheadz signing Benny L and DJ and presenter Sherelle who recently sent The Boiler Room into a frenzy with her fast-paced mixing ability and original selection. The legendary General Levy also returns for special guest duties on round 2.