Ceri – Make You Cry EP (Save You Records) 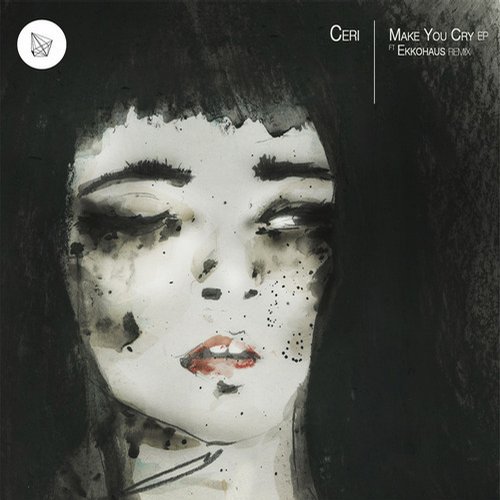 Save You Records releases Make You Cry EP by Londoner, Ceri – a young up-and-coming female artist with commendable talents that have landed her on labels like Suruba and Hot Creations. We present to you here, a 3 track release with two originals and remix from Ekkohaus  (Moon Harbour) that all have legs and should find themselves into your DJ crates and playlists. The press release calls this EP, “Deep and Sexy” and if you know anything about Music is 4 Lovers, then you know that’s exactly what we’re about. All three tracks have a tinge of darkness to them, but they all keep hold of a really solid groove, especially in ‘Make You Cry’, my pick of the release. (‘Make You Cry’ has a really hilarious secret about it that you can read about in the interview below.)

This EP is special, for me in particular, because it’s the first time I’ve gotten the chance to write about Ceri since meeting her in London in August. I was so impressed with her skills as a DJ and later found out that she was also a strong producer with a lot of drive, a strong fan-base to support her, and above all, a true music lover. Lucky for us, she was a sweetheart and we managed to squeeze a nice interview out of her to give you all a better idea of who the artist is behind this music. Below is a purchase link – click it – along with the previews for her release from SoundCloud – click those too. Enjoy.

Ceri ‘Karma’ (Original Mix) Save You Records SYR031 *CLIP* OUT NOW! by ceri

How long have you been a bad ass dj/producer?

I’ve been djing for around 10 years now, which makes me feel old (in fact it’s my birthday this week so I am very conscious about getting older at the moment!). I’ve been producing for around 5 or 6 years on and off. I say on and off because I have just gotten over a massively long period of creative block, which has lasted for months! I’m so glad I’m out the other side now though and making music again. It was weird and I’ve had it once before but hope to never have it again because it makes me sad when I can’t make music!

Tell me about your release (I always want to know how people come up with the titles for their tracks and the release in general)?

I had actually planned to release an EP with the track Karma and another track Drama and call it Drama / Karma EP. Inspired by a great quote ‘People who create their own Drama deserve their own Karma’ which I think is so true. I’m not sure who said it but sure it was somebody wise. (The Save You guys picked two of the three tracks I sent them to be considered for this release, so Drama will be coming out on another label later in the year and the Karma / Drama EP is just a figment of my imagination!).

I definitely believe in Karma and to me even though the track is very dark it also has a peaceful quality to it, almost melancholy, but not.

The title of make you cry is, originally, words from the vocal sample. I suppose it’s a bit tongue in cheek to have a track called ‘Karma’ and another called ‘Make you Cry’ on the same release, although I suppose it is karma when I make boys cry because I only do it when they deserve it

What were your inspirations in making this record? Were you listening to anything in particular that motivated you to make this record?

I remember it was a really sunny day when I made karma and I was really happy even though the track has ended up quite dark, I am really drawn to music with a dark edge. I wasn’t listening to anything in particular, it was more about how I was feeling at the time.

Make You Cry was inspired by a record I’ve been playing for a while, which was also the track I sampled the vocal from, a vinyl from 1995 out on the ‘Love from San Francisco’ label ran by Charles Webster, which is now defunct. There’s a bit of a 90’s house resurgence going on in the UK at the moment, which is a great thing because there are so many forgotten gems that are being re-discovered. I didn’t want to make a typically 90’s house sounding version of it though. I’ve gone for something a bit deeper, more subtle, although still quite raw sounding and according to a lot of the promo reactions so far; ‘very sinister’; in a good way I hope!

An interesting fact about ‘Make You Cry’ is that it also features a recording of my friends next door neighbors having sex. I like to record a lot of random sounds to use in my tracks but I didn’t intend to put it in a track when I recorded it. I was staying at my friends house house while she was away and the people upstairs used to literally do it about 8 times a day every day and wake you up at all hours with very odd sex noises! So I recorded it and sent it to her as a joke, then when I was going through my recordings I re-discovered it and put it in. I was going to post a copy through their door once it was finished but they’ve moved sadly. You can hardly hear it anyways, it’s just there somewhere in the background kind of adding something but without being an obvious part of it. You would never notice it if I didn’t tell you but listen during the breakdown and you will notice it now.

When are we going to see you this side of the water!? Plans for LA, Burning Man, vacation?

I’m playing in Mexico over Easter Weekend and was planning on coming to LA / San Fran at the same time but it didn’t work out this time unfortunately. Hopefully I’ll be back soon though and to party with the music is 4 lovers crew!

I would love to go back to Burning Man this year but I think I’m going to give it a miss this time because now my creative juices are flowing again, I just want to spend as much time as possible making music! Maybe next year though.

Tell me one thing about yourself your audience doesn’t know about you yet.

My Playa (Burning Man) name is ‘Kevin the Dancing Poo’! (Thanks White Troll for christening me that!). Why is another story, lets just say it involved mistaken identity, a portaloo and mushrooms, not necessarily in that order.