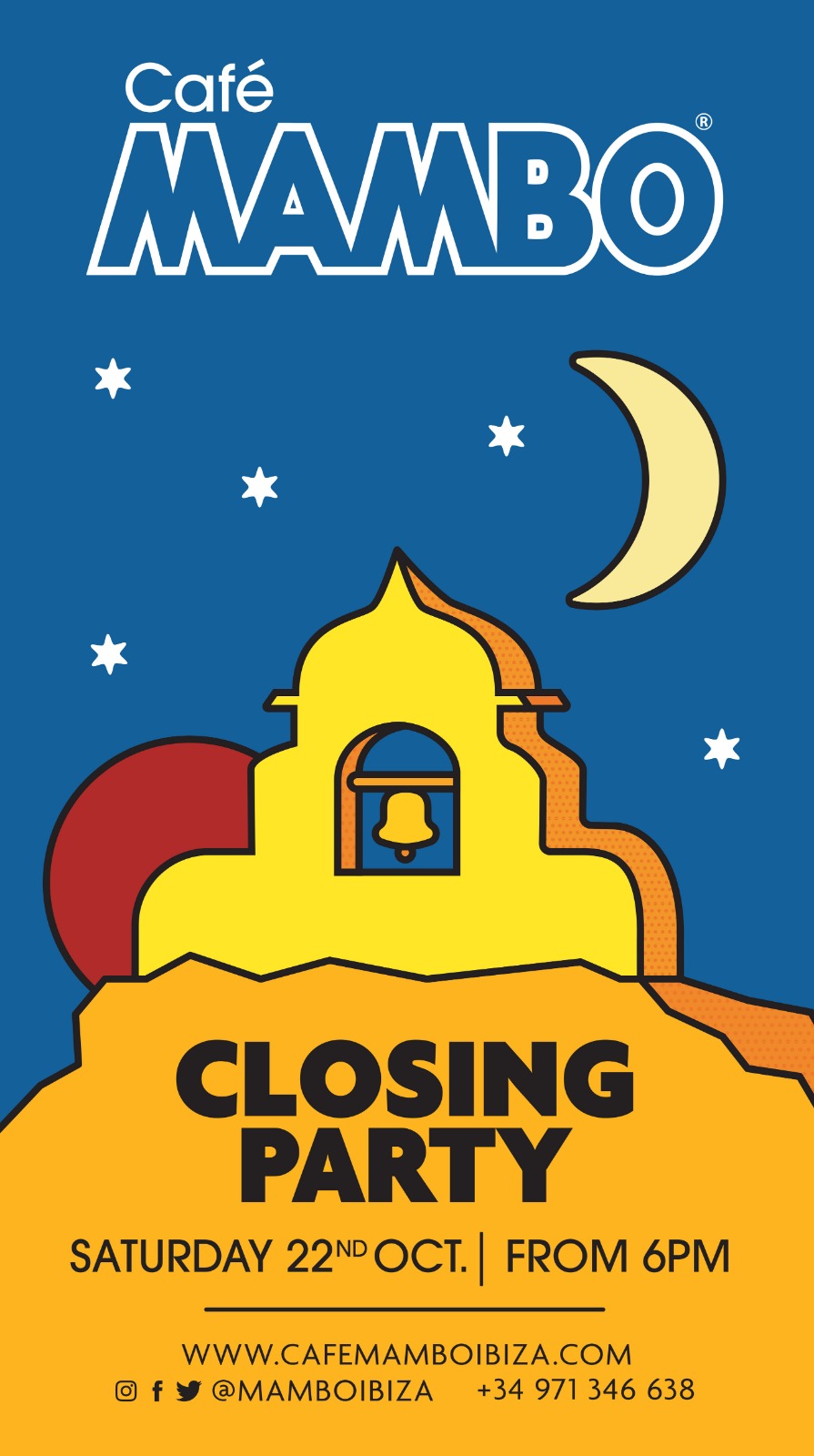 Iconic Ibiza nightspot Café Mambo has announced the closing party for this year’s returning season this Saturday 22nd October. The anticipated event will end the summer with a closing set from The Shapeshifters, and include performances from 6pm with resident DJs Jason Bye, Andy Baxter, Sara de Araújo and Paul Darey.

This year’s spectacular season saw favourite house duo The Martinez Brothers take control of Tuesday’s for pre-parties ahead of their Hï Ibiza residency. Wednesdays with the inimitable Fisher making an appearance, joined by big names including Brazilian maestro Vintage Culture. Thursdays with brand-new Pacha event El Baile, ahead of Friday’s Defected Eden pre-parties, hosted by Sam Divine and Low Steppa. Saturday saw the masked man himself, with Claptone making an appearance ahead of his ‘The Masquerade’ events at Pacha, while Sunday was the iconic Glitterbox, with house royalty Bob Sinclar, The Shapeshifters and Roger Sanchez. Across the summer, the star-studded lineups were joined by Mambo’s both legendary and new residents.

Set in the heart of San Antonio, Café Mambo is recognised for its unrivalled sunset views. It was created during the 90s house music heyday and received instant recognition, being named ‘Bar of the Year’ by GQ. DJs began to frequent the bar requesting to play on the decks and before long regular sets included the biggest names in dance music playing at the now celebrated sunset ‘pre-party’.

With a closing party set to end one of the most memorable seasons to date, Café Mambo continues to stun as the White Isle’s most prominent establishment.