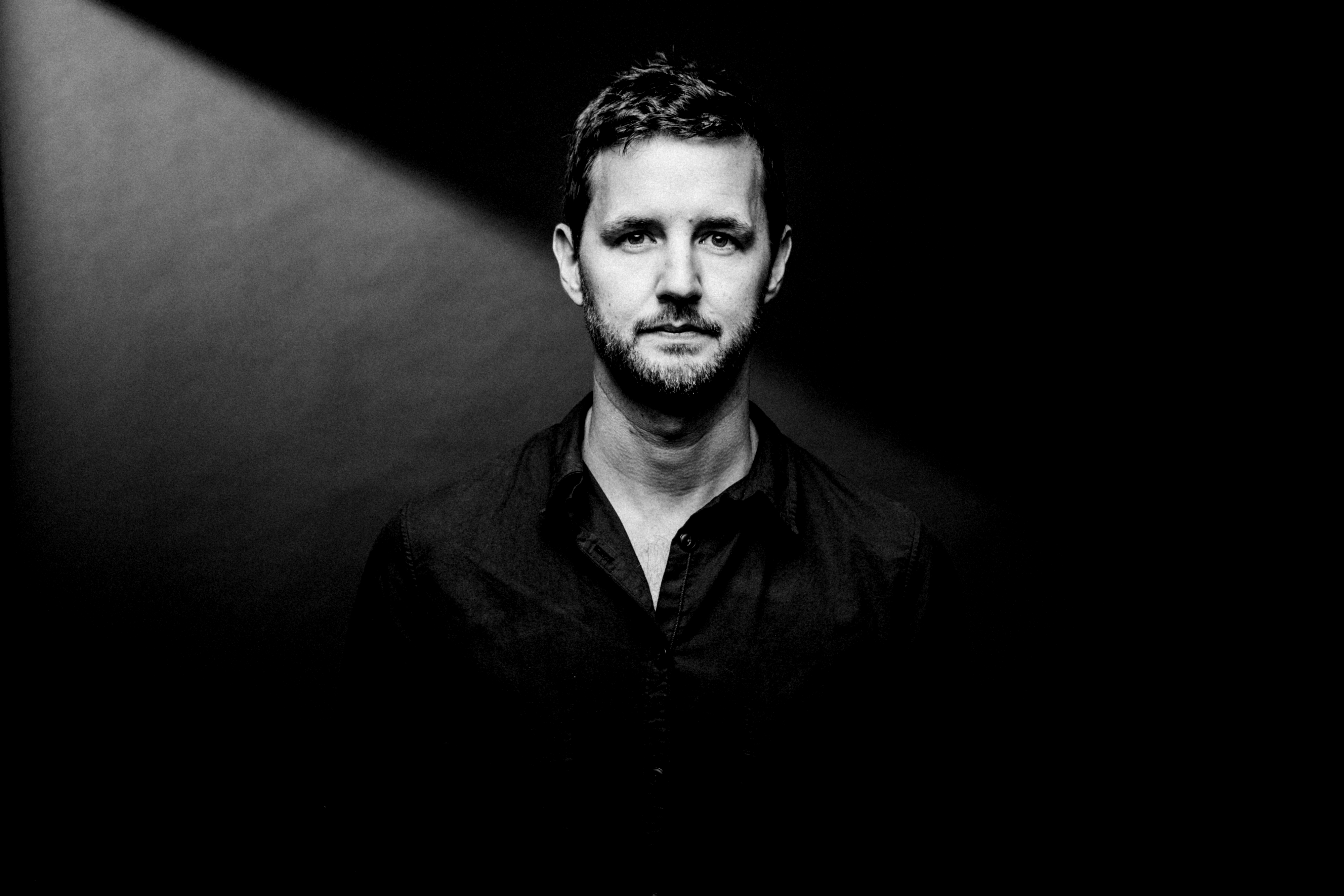 San-Francisco based artist Andrew Rasse, aka Butane, is an artist on a mission: to deliver his refined blend of quality house and techno via his own labels, Little Helpers and Extrasketch, and the likes of SCI+TEC, Deeperfect and more. As Little Helpers approaches 10 Years in the game, releasing material from the likes of Jamie Jones, Ryan Crosson and Stefano Noferini, the label boss will descend upon Miami’s Do Not Sit On The Furniture next Tuesday (26th) to give the east coast a slice of high quality, underground music alongside a fine selection of impressive guests. We sat down with Rasse to discuss the label’s journey to date, his Extrasketch imprint and his three top tips for food and drink whilst you’re in Miami…

Hi Andrew, great to catch up! Firstly, there aren’t too many producers in the industry with as solid a body of work as yourself, however, your releases tend to find themselves exceptionally well placed amongst a relatively small grouping of labels – both your own and those of close colleagues. Has this been a natural result of finding both labels that not only match your sound but also label owners and A&R’s that have had a similar outlook and approach to house and techno, or has it been more of a strategic choice on your side to only release via a selection of imprints?

Hi!  Nice to chat as always.  Yeah this is strategy on my part.  Honestly, it’s increasingly difficult to find labels to work with.  I’ve always preferred to release my own music so I can attend to the details myself, and make sure it receives proper treatments on the mastering and distribution front, control release dates, etc.  But there’s something to be said for occasionally dropping in on other labels to connect with their audiences.  The older (and hopefully wiser) I get, the more picky I become about where I put my music.  Things just need to be done right.  Additionally, a lot of labels I used to respect are putting out some questionable music these days.  Everyone is entitled to a mistake here or there, of course, but if you put out a few bad releases in a row… Ehhh… maybe I’m not sending that demo next time.

Your latest label Extrasketch has just reached its 8th release, with rumours that the 9th EP is just around the corner. The last was a hypnotic two tracker that caught our attention immediately whilst we also premiered ‘Chained’ from EX07 earlier this year. Has the label achieved what you were after when you first started it back in 2017 or is there much more still to come?

Rumors! Like people are whispering out on the street corners: “Yo I heard that EX09 is coming quick and that shit is hot!”  Ha.  Yeah the plan is to release every other month, so I’m just chugging along.  From an artistic standpoint, the label has exceeded my expectations, and I think the best is yet to come.  Something clicked in the studio last year and the new tunes are getting really good in my opinion.  That said, from a commercial standpoint, the label has been an abject failure.  Ok maybe that’s a little dramatic.  Listen, selling music is hard.  And starting a brand new label for only your own music is hard.  I scrapped vinyl after four releases due to the typical vinyl industry delays.. they couldn’t keep up with the pace I wanted to set.  Beatport, with whom I have a great relationship, can only give so much support to a label with exactly zero subscribers.  Know what I mean?  Sales started slow, but it’s getting better.  The goal was always to build a catalog I can look back on as a kind of extended album.  From that perspective, I think I’m doing ok.  As more people discover the project, maybe they’ll look backwards and find some gems that suit them. I’ve always tried to position myself as that guy who’s work is a little bit under the radar. Obviousness and Commercialism aren’t really my thing.  Digging for good music is one of life’s pleasures.

Each EP on the imprint has its own unique artwork and theme, however, the track names don’t always directly correlate to the EP title and often some tracks have a different name entirely – can you tell us a little more about this? And who’s the artist behind the artwork?

You’ll have to ask my friend and designer Bruno Morphet (Killer Robot, Cape Town) about that, I leave those decisions up to him.  The concept is a simple and unique sketch for each EP.  Anything more is left entirely to his interpretation. 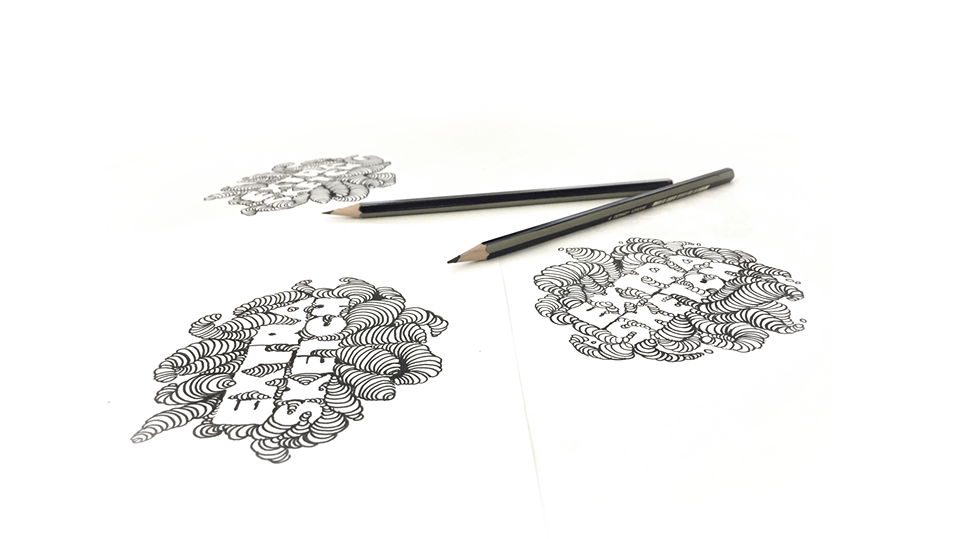 In a recent interview you spoke about the impact that San Francisco has had not only on your own personal life, but also the effect it has had on your sound and output from within the studio. Do you feel that Extrasketch is another extension of this?

Yes, absolutely.  I started this label here to capture this moment of my life and separate it from what came before.  Thus, if I ever move from San Francisco, I would guess I’d close the label.  But no promises.

And your thoughts on the West Coast scene? How has it evolved or developed since you moved back from Europe in 2011?

I don’t really feel super qualified to comment on the Capital W Capital C West Coast scene, I just moved to SF four years ago (NYC the four years prior.  Berlin for five before that).  Since I’ve moved here, I play in LA a few times a year and it’s always solid – definitely one of the best markets in the US for underground dance music.  Tijuana is loads of fun too…small healthy scene down there.  There are good folks in San Diego as well.  At home in SF I only do 1-2x shows per year.. The market is piping hot here for DJs, but I try to keep my appearances limited so they’re more special.  I’ve considered doing a short run residency here, but I’m not in love with many of the city’s venue options.  The End Up might be cool.. sorry I’m just thinking aloud here.  Hmmm… I might be too old to run the streets late night locally and promote myself to all these party kids anyway (insert Steve Buscemi meme).  Ok back to the question:  I did a really cool gig in Sacramento last year.  I’ve played Seattle exactly once, several years ago, to an empty room on a weeknight.  Cool city though!  But Fuck Howard Schultz.  I’ve never been to Portland.  Do they like House and Techno music up there?  Seems weird I’ve never been.  Burning Man?  Haven’t been, and if I did go, I’d probably only DJ in one of those private camps for rich people. That seems fun.  Vegas?  I’ve never played in Vegas.  Is that even considered West Coast?  Am I missing anything?  I was in Lima Peru last month, that’s alway a hoot.

Miami Music Week is always a huge date in the diary, especially for artists and labels central to the US’ ever evolving scene, and this year is no different for yourself as you celebrate 10 Years Of Little Helpers at Do Not Sit On The Furniture on March 26th. First of all, tell us about the label’s journey across the past 10 years… any notable highlights or low points?

There are no low points in this industry, don’t you ever look at social media?  Sorry I’m feeling a little sarcastic today.  There’s been ups and downs, like with anything in life, but I think we’ve done a good job remaining a steady presence, especially considering how long we’ve been at it.  That’s the goal: steady.  Well, steady and improving would be a better way to put it.  We’re always trying to get better at what we do.  Behind the scenes, there is nothing very glamorous about running a label like Little Helpers. It’s loads of work for little pay.  The glory comes in showing up at gigs in various cities around the world and hearing from young and old DJs alike that they love the label and always play the stuff.  We’re here to move the scene forward (or do our part to keep it alive, at least) with good music.  That’s it.  DJs, Label owners, Club Owners, and Promoters are Gatekeepers.  Without people pushing quality, it all goes to shit.

The event will see you welcome a host of talent to Miami including long time label favourite Alexi Delano, Archila, Tons and a special guest. Sum up in 10 words why everyone in town should head down…

What else you going to do Tuesday night at MMW?  Boom, 10 words.

As a Miami regular and a man who knows a thing or two about food and drink, what are your three go-to hot spots to hit whilst in town?

Now we’re talking.  Wait, if I give up my spots and I’m forced to deal with throngs of sweaty ravers while I’m trying to have a quiet and sophisticated meal, I’m not going to be happy.  With that in mind, I’ll stick to accessible food (nobody wants to spend $300 on Omakase when you just woke up from a 3-day bender).  I’ll also stick to the Beach, which is full of terrible tourist traps if you’re not careful.

Lastly, as an artist that is always busy in the studio, we can imagine there’s a stock of Butane productions ready to be released throughout the year ahead – where should we be keeping our eyes out and when?

You are correct.  I have a ton of music waiting in the wings.  Something like three full albums worth of tracks are sitting on my harddrive, all  produced in the past six months or so.  I just need to sort out when and where it will be released, which is the hard part.  There’s a few more things coming on Deeperfect soon (collaborations with Riko Forinson, and a new project with Jean Pierre from NYC).  Another collab EP with Riko coming next month on the very nice Italian label Moan.  Then I have EX09 schedule for May 17.  EX10 is July 19.  I have a couple tracks on Little Helpers Ten Year anniversary compilation, which will be released June 25th along with a commercially available DJ mix for the project. Then maybe I’ll take a break in August and gear up for the Fall

Join Butane, Alexi Delano and more at Little Helpers 10th Year Anniversary MMW Party at Do Not Sit On The Furniture on 26th March, tickets can be purchased via Resident Advisor here. 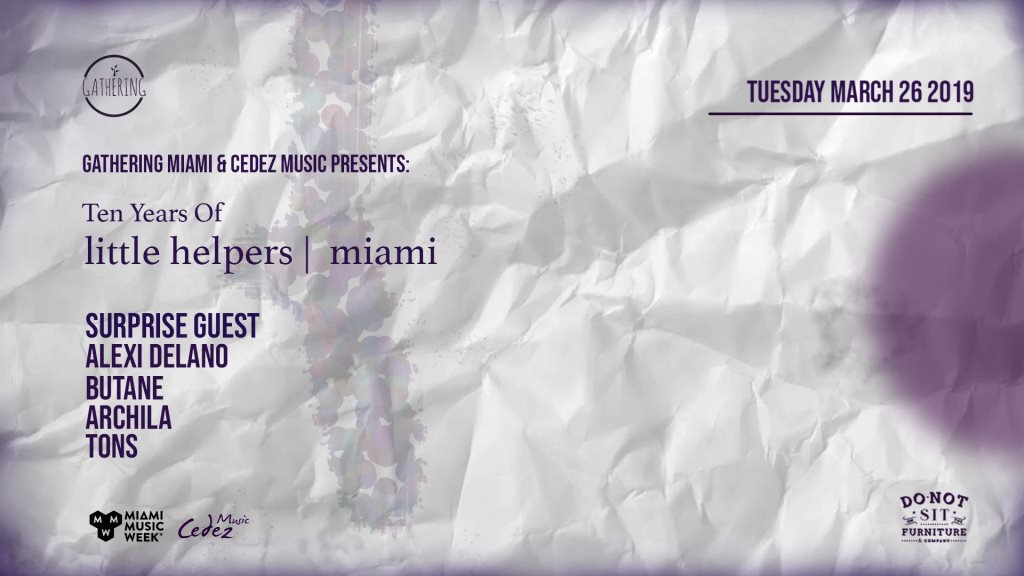