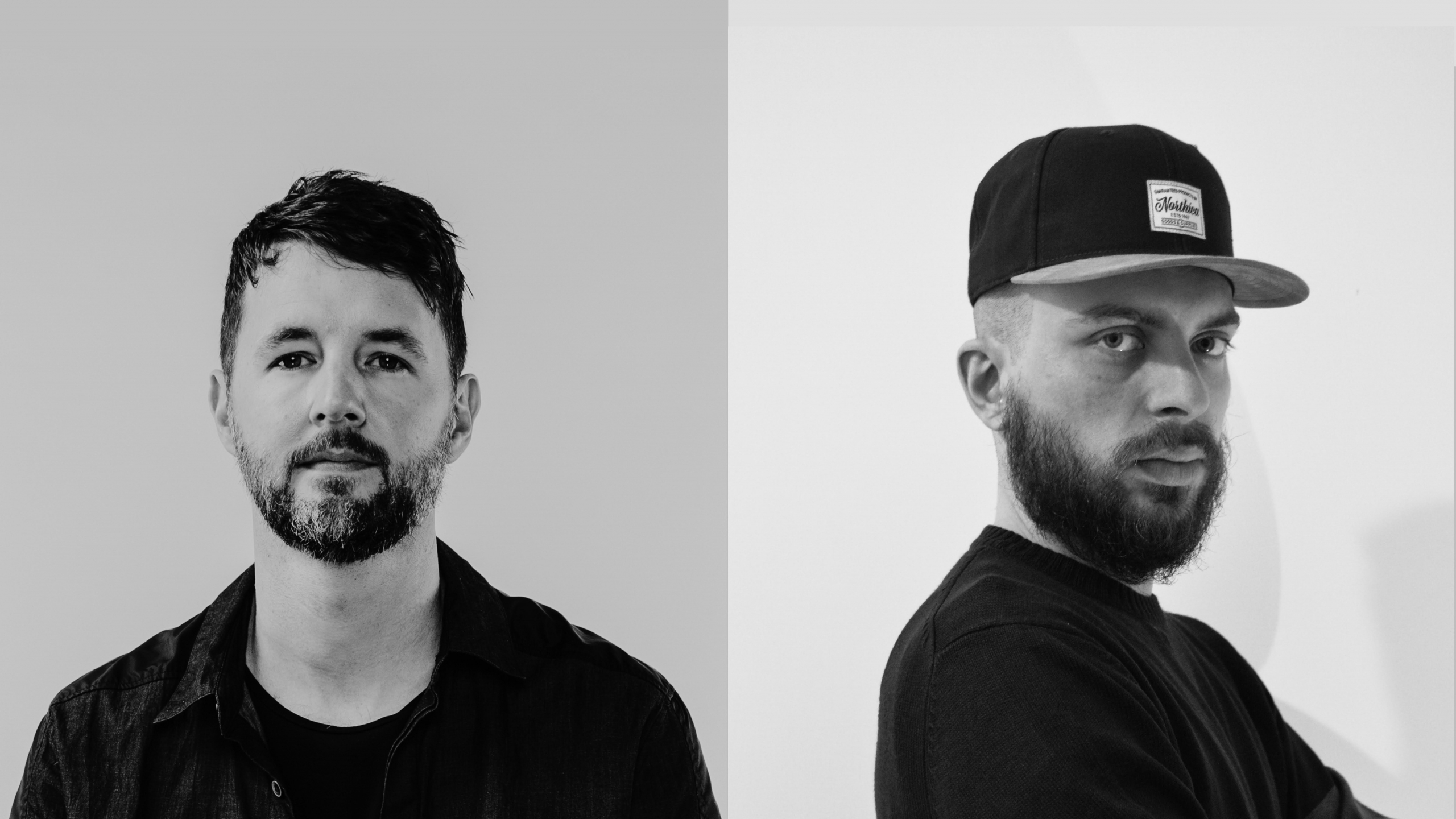 A transatlantic studio partnership between one of the US’ most consistent producers, DJs and label owners, and one of Europe’s hottest up-and-coming talents was likely to bear the fruits of success… but when you factor in that the man at the helm of Extrasketch is Andrew Rasse, aka Butane, it’s clear to see just why his collaborations with Italian Riko Forinson hit the ground running in 2018… and the pair haven’t looked back since. The Little Helpers co-founder and former Alphahouse label head, although the latter has been closed for a couple of years now to make way for the burgeoning Extrasketch, is a figure widely respected across house and techno, and an artist that definitely likes to do things his way – and that certainly works for us!

With the pair releasing material to date via the likes of SCI+TEC, Balance Music, Deeperfect and Moan to name just a few, their latest venture comes via the three-part (and expanding) ‘In Concert’ series’ project. Following the initial trio of EPs, we caught up with both artists as they prepared to close out the year with yet another busting collaboration, Little Helpers 372.

Hey guys, hope you’re both well and staying safe? Andrew, are you still based in San Francisco at present? If so, how have you been finding these past few months?
A: Yes I’m in SF..  All things considered, I’m doing fine!  We have a very responsible citizenry here, and competent local government, so our virus numbers are some of the lowest in the country.  To be honest, I feel very fortunate to be weathering this particular storm in this particular city.  After flying constantly for nearly 20 years, it’s definitely weird not traveling for DJ gigs and such.. But it’s been a real blessing in terms of uninterrupted studio time.  I’ve really come to realize how the ebbs and flows and interruptions of the traveling DJ lifestyle puts a damper on my creative output and recording music.  Without that chaos in my life, I’ve been extremely productive.  Now just trying to keep my head down and work, stay safe, and hope next year things start to feel a bit more normal.

Riko, where are you currently based and how have you been adapting to everything that 2020 has brought with it?
R: I live in Campania, Italy.  I also have not had any trips in the last 8-9 months, here we experienced the pandemic from the very beginning before it was widespread around the world.  With this I have unfortunately lost many opportunities to work.  Regarding DJing and nightlight, everything has stopped around me, it seems like we should start over from scratch.  Fortunately, we have our studios.  Andrew and I continue to make and release good music month after month.

The ‘In Concert’ series was originally planned to be a two-part release, essentially a mini-album in two parts as we understand from the press releases? However, we’ve just seen the arrival of the third instalment and we’re pretty sure there will be more on the horizon. Tell us a little more about the project and why the focus of it changed?
A: Yeah these tracks are actually some of our earliest work together.  The first couple of EPs were originally part of an album that we had signed over to a label I won’t mention.  They sat on the stuff for two years, then decided they didn’t have a good plan to release it when ‘rona hit.  So I took the tracks back, and hatched this “In Concert” EP plan.  Riko and I make a lot of different styles of music, from this deeper musical stuff, to more groove based Little Helpers-style deep tech, and even some retro-techno in the works, so I wanted a way to separate it a bit.  As a DJ & label owner you’re always trying to contextualize music, and this is my way of doing that.  After the first two were planned, I subsequently decided there’s no reason to limit it to just those.  It’s open-ended at this point.  Think of it as a sub-label within Extrasketch.  Or an ongoing album / miniseries.  This is why I like to release most of my own music.  No rules.  Maximum flexibility.

Whilst the two of you have collaborated frequently in the past, the ‘In Concert’ releases seem to have a much stronger and more prevalent ‘musical’ focus around them, as opposed to creating productions for clubs and dancefloors. Do these collaborations and this series in particular allow you to showcase that side of you both as artists more easily and naturally than perhaps looking to get them signed elsewhere?
R: In reality, when Andrew and I produce music, we don’t think about limiting creativity to create boundaries and stay in a single mood. This means that we have a large collection of works, of all kinds and types, ready to be chosen and launched onto the market.  It seems right to release this kind of sound so personal to us on my friend’s personal label.  Everything seems to be done with the right intentions.

A: I’ve basically taken Riko hostage to my madness about self-releasing music. Sending demos can be such a bore, and then when somebody wants something, you don’t control the rights to your own work anymore.  I find it very limiting.  I’m happy to work with the small number of outside labels that we do, they’re friends, good connections, etc.  But most of the time I prefer to keep my music in-house.

Volume 1 welcomed an array of indie-leaning productions alongside more restrained, minimal house productions, whilst Volume 2 introduced a trio of driving yet paired back cuts a little closer to your usual output. How did you initially come to the decision to group and present those productions as they were released?
A: Volumes 1 and 2 were originally all together on the album that we pulled, so they were always meant to go together.  Volume 3 is newer tracks that I thought complimented them.  “Going Home” is a track that we had in the vault that I reworked a bit to get the vibe right.  I have a track or two that I like already for Volume 4.. we’ll see what happens going forward.

The latest EP in the series, Volume 3, again explores the middle-ground between the dance floor and home listening, introducing vocals and rich melodies… were these records a conscious effort to reflect the current climate of both the world and also the music industry, or was it just coincidental timing?
A: I’m pleased to report you’ve actually picked up on what I intended here.  At least part of my thinking releasing these all together now, is that it’s a good time to put out some deeper tunes.  Nightclubs and festivals are basically shut all over the world, so in my estimation it’s pretty difficult to get proper traction on clubby music.  I think the living room DJ is having a moment, and I’m not a big fan of banging it out to a webcam, so I went deeper for this stretch of the release schedule.  I’m holding back plenty of bigger party tunes for this winter and next year when safe parties hopefully start up again. I’ll start sprinkling that stuff out soon.

You’ve built up a formidable partnership via your internationally stretching ‘virtual studio’ in recent years, how are you currently working on projects? Has this changed at all from when you first started?
R: Yes many things have changed.  The level of production has risen a lot and therefore the labels we work with must be very professional.  This means a different type of approach and selection.  Personally, until a few years ago I launched my music on many more emerging labels of various types, but now I focus a lot on selecting and maintaining a line with only the most professional labels. Andrew is a really great professional in this business, he always has great ideas and always suggests to me the right path, he is a really great partner.

Riko, the ‘In Concert’ releases aren’t your first collaborations on Extrasketch having partnered alongside Andrew across three further EP’s  since its launch in 2017. Aside from it of course being Andew’s label, do you feel makes it the ideal home for your productions together?
R: Working with “Extrasketch” is always a pleasure, because it’s a label that embodies Andrew’s ideas 100%. This is very important to me because I really appreciate his way of managing the label, it’s really done properly.  I also like it because few of us have the privilege of working for this label, which makes it a truly more personal archive.  I also think that Extrasketch is a label for true connoisseurs of the underground sector, there is the Butane musical mould, a great international artist of huge respect.

Andrew, having launched Extrasketch as a solo venture, the label has now welcomed a handful of collaborations with both Riko and Andras Toth. Can we expect any new names to join the label in the coming months?
A: Currently no, but that could change at any moment, depending on what projects materialize.  The only rule is that Extrasketch will always be my own productions, whether they be solo or collaborative.  Operating a label like this is a great way to keep my own projects moving forward.  I need things to flow, not stagnate.  I want it to be a special home to Riko and Andras, and whomever may come in the future.  I have considered adding remixers to some releases, but that just adds a complicating element that I’m not sure I want to deal with.  Sounds messy to me.  I like clean things.

Lastly, with 2020 drawing to a close and the world in what seems to be a pretty considerable moment of change, hopefully for the better, what are your early goals and hopes for the start of 2021?
R: One goal is to always be productive with composing music, because now everything seems to be at a standstill with the planning of events.  For me this means investing more time and energy in the music production side of things.  Then I hope that 2021 will bring us a bit of normality and serenity, with this we can start from scratch and we will plan a new way forward.

A: I’m a bit of a cynical optimist, so I’m hoping in summer of 2021 we start to see things improving on a few fronts (there are many fronts with room for improvement).  That said, the overwhelming stupidity of 2020 could certainly persist well into 2021 and beyond.  So, I’m prepared for anything at this point.

The first three instalments of Butane & Riko Forinson’s ‘In Concert’ series are available now via Extrasketch, whilst their latest collaboration ‘ Little Helpers 372’ just dropped via Little Helpers – buy below: