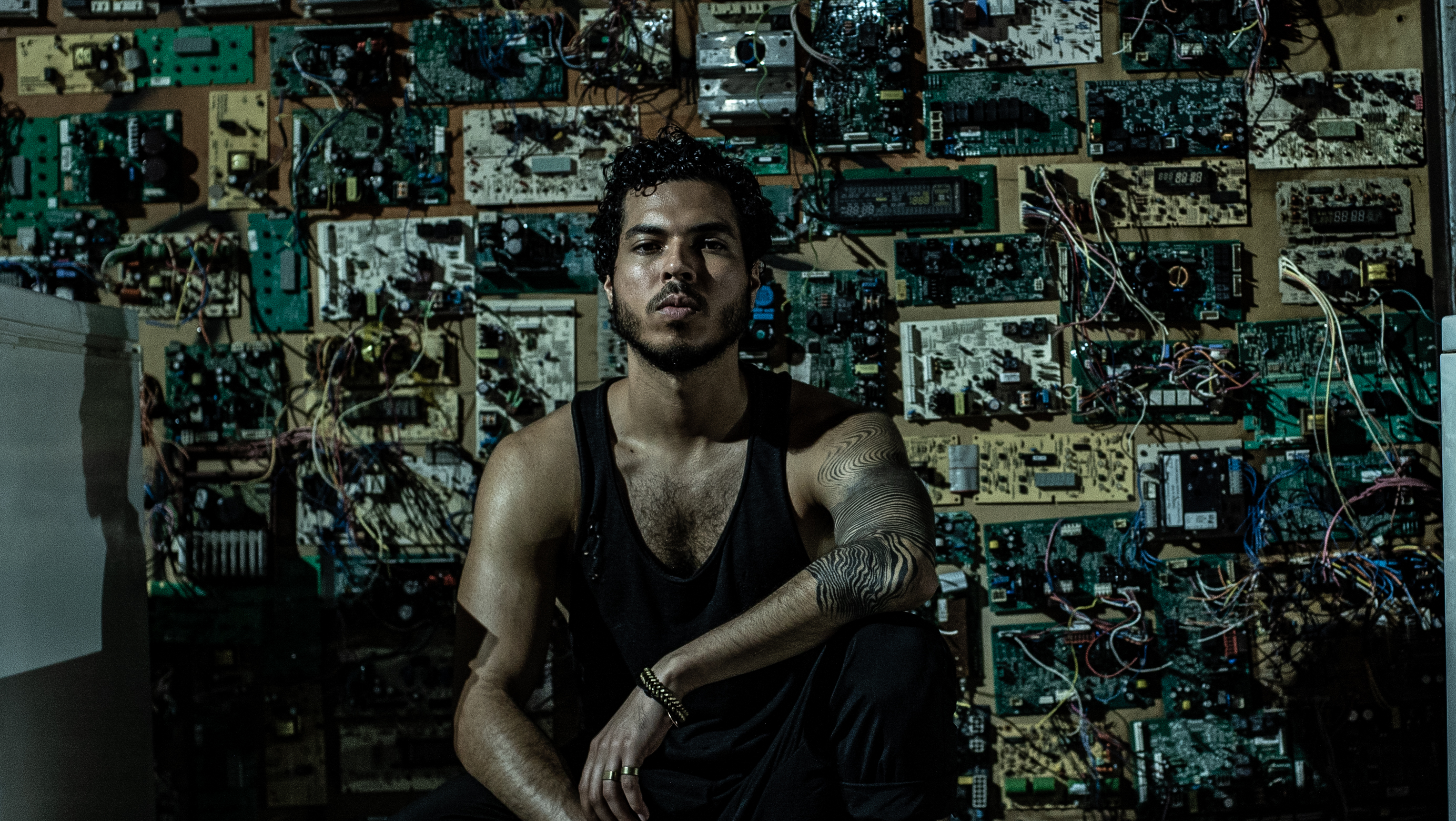 Brooklyn-based DJ and producer Brian Cid has a rich history in music. He has worked as an audio engineer for the world’s biggest hip hop and pop stars for over a decade, his studio skills are unquestionable.  While personal compositions have seen him release on Fabric, Knee Deep In Sound, Get Physical and Lost & Found to name a few. Now his debut album ‘Meteorite Man’ has been released on the legendary imprint Balance.

Hi, it’s great to speak with you Brian, could you start by telling us what were the early musical influences that got you hooked?

Thanks for having me. I grew up listening to my old father’s records that included Spanish ballads, merengue and Latin rhythms. Then as I grew a bit older I got introduced to Spanish rock and metal through a dear old cousin of mine. This is when I developed a strong inclination for music, which ended up convincing my mother to buy me a drum set and teaching myself to play.

You have had an extremely prolific career as an audio engineer before becoming a house producer, including working on tracks from some real A-list pop and hip-hop stars. What were some of the your personal highlights whilst doing this work?

Working with Hip Hop legends like Mos Def, Talib Kweli, Pharoahe Monch and Sean Price was very gratifying because they are true lyrical poets that fight the system. I highly respect artists that use their talent to make a positive impact and bring awareness to the people. They are life messengers and should be listened to.

Your skill as an engineer is so transparent in the quality of your music, It evolves in timbre and dynamics so expertly. What would you say is the most common mistake rookies make when mixing music?

Not resting the ears often enough. It’s important to keep our ears fresh and the way to do this is distracting them as often as possible while you mix a record. It might seem counter-productive, but it actually increases productivity and therefore quality. Your ears work like muscles. They get tired quick if you don’t take breaks while using them.

We loved your debut album “Meteorite Man” on Balance, it takes you on an extraordinary journey as a listener. Can you shed some light on the creative process and execution as writer and producer?

Meteorite Man is a collection of ten powerful tracks written over a span of 3 years in different studios around the world. It tells a personal story from beginning to end, each of them representing key moments of my on going journey to self-power and evolution. Meteorite Man is a force that has come to earth to make a big impact.

It’s important to keep our ears fresh and the way to do this is distracting them as often as possible while you mix a record. It might seem counter-productive, but it actually increases productivity and therefore quality.

What was your inspiration for creating this album?
A series of personal events and experiences around the world. I’ve seen things impossible to put in words. The search for love within myself, power, confidence, and openness was the ultimate goal. This album is a direct reflection of my mental state as an artist and as a person. My step from one stage to the other. This album is a true sonic journal and it’s meant to create deep thoughts and emotions in you as well.
How did you decide what tracks would fit this otherworldly concept of ‘Meteorite Man? Did you find it difficult to compile a whole album? and were any track sacrifices made?
I picked 17 tracks and trimmed them down to 10. I did not want to make the story too long. Just enough. A good balance of different vibes within the style I’ve created. It wasn’t difficult to pick. I went with my guts trusting myself. I sacrificed a bit, but everything requires some sort of sacrifice, right?
What is your ultimate studio snack?
Mixed nuts and a banana for energy! This will keep me going for a few more hours

Could you tell us what your favourite piece of studio equipment is?
The API 2500! It’s a nice punchy stereo compressor. I’ve been using it for years.
Aside from this stellar debut album out in December, what more can we expect from Brian Cid going into the New Year?
I am putting together my next releases for 2019. I have tons of new music already. I am always working ahead of time, but right now the focus is the album. I am currently doing an album tour and this will go on until the first months of 2019. I feel grateful for all the love it’s been getting, so it’s only fair to enjoy it for now.