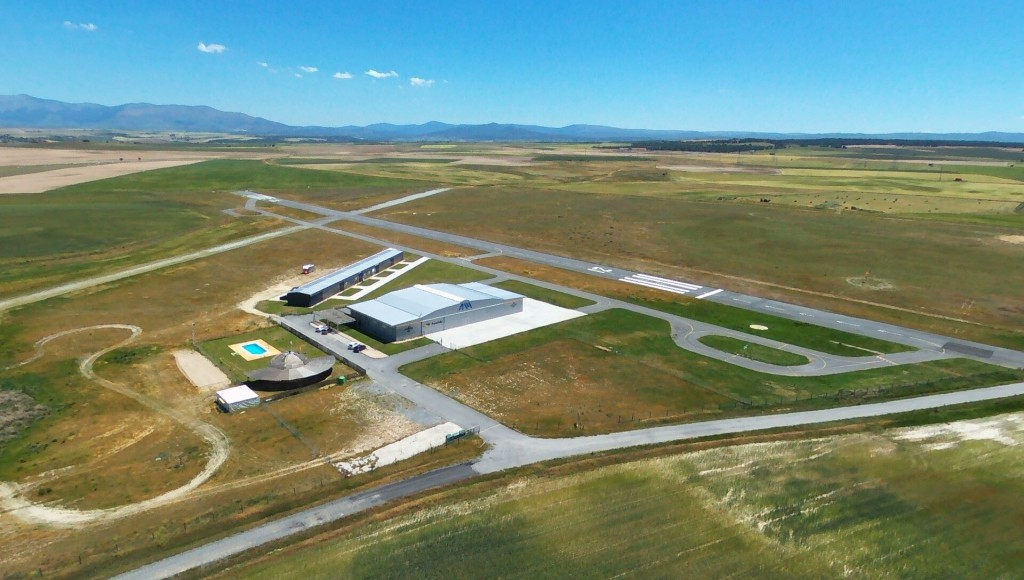 The Air Europa Future Is Now festival is a brand new music and arts event coming to an incredible open air space Aerodromo Marugan in Segovia, Spain on June 8th 2019. This small, boutique event places the focus on close relationships with each other and the music, with nature and with good vibes, all under the theme of futurism.

Future Is Now invites 2000 people to a private airport in Spain an hour from Madrid that will feel like your very own space base, the site of a perfect adventure. It will have three mesmerising stages hosted by Pecoranegra and Reve for a Cause, Quinoa and Moody Collective present Flava, as well as futuristic art installations and plenty of local cultural and gastronomic delights to explore.

The Aerodromo Marugan in Segovia is a network of runways and unspoiled fields with snow capped mountains in the background. A huge aircraft hangar and vastly expansive open air skies above make this a private and escapist retreat in the middle of nowhere. It will become your own cosmic adult playground with a huge vocals on visuals, next level production and world class sound systems.

With a community minded, grassroots feel, this festival will be a cult gathering for those who like something more special and considered than mainstream festivals and promises to become the hottest new event of the year.

Music comes on three stages, with one hosted by the international and genre defying Quinoa community who always experiment with sound, visual art and performance. This international collective from Italy, UK, France, Spain and Russia are leaving a real impression on the underground scene and will be soaking the crowd in the deep and cosmic frequencies of the Aquarium by Quinoa stage.

Moody Collective–who are behind the cult Uva Festival which takes place in a XV Century Monastery in Ronda–then present Madrid’s Flava, who will bring house and disco to the party. The monthly Flava nights at Goya Social Club need no introduction, having echoed all around the city for its infamous all night long b2b2b2b concept, its infectious groove and the unique vibe it generates.

The final stage is hosted by Madrid’s Pecoranegra who run famous member’s clubs in London and Milan, and Reve For A Cause, which aims to raise environmental responsibility with themed events, conceptions, installations and content pivoting around pollution, nature and music with DJs like Savino, Carl Cousin, Luigi Mazzali and more.

This new art and music experience will take you into another dimension.

FLIGHTS
Get 10% off Air Europa flights
to Madrid