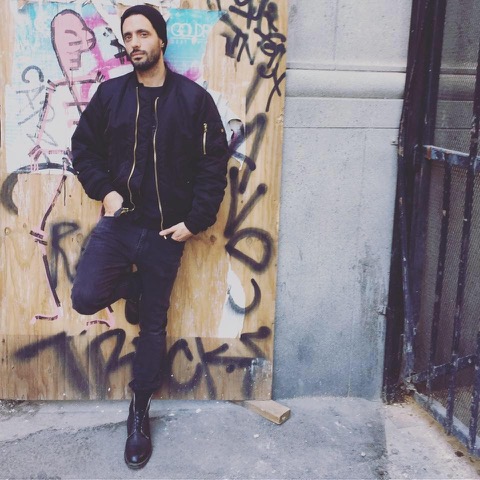 Los Angeles has become such a fertile breeding ground of electronic music over the past few years that it’s almost difficult now to remember a time when the City of Angels rocked to a very different beat. Regardless, it’s the city’s melting pot of cultures and sounds that still makes it so great, and that’s an outlook that’s shared by LA native Bobby Nourmand. Though he cut his teeth on the dancefloors of New York, Nourmand has quickly risen the ranks, slowly but surely earning a reputation as one of LA’s most exciting emerging DJs and producers. On the eve of his latest EP, we decided to catch up with him for a quick chat…

Greetings from Los Angeles, my name is Bobby Nourmand. I was born and raised here in LA, the City of Angels. Part of my life was spent in New York, where I started my career as a touring DJ. Most of my nights were spent in clubs where I had residencies all over the city. This started in Chinatown at a place called Apotheke. Then the musical journey evolved into creating my own productions which took me around the globe both digitally and physically. Garnering support from Pete Tong’s Essential mix, topping Shazam’s dance charts, heavy rotation on the radio and playing Tomorrowland in Belgium. This latest release ‘VISIONS’ on Moscoman’s Disco Halal is part of my upcoming ‘LIFE ON MARS’ Ep, which is coming out on DITN Records May 7th, followed up by a Remix Ep on June 18th.

Dance music has got very political in the last year, should it be, or should that be left out?

Music should be about music. I’m not one to bring political views into a creative space of freedom and connection. Everyone is entitled to their own experiences, truths and opinions. However, I feel like it causes a degree of separation which is the antithesis of having our community. With that being said, we must take a stand to protect this sacred space of freedom, happiness and synchronicity.

What inspires your own music most, where do you start on it?

Inception starts with inspiration, which has no form. Meditation, dreams, exercise, nature and music are all sources of creativity for me. Melodies and rhythms are constantly floating through my subconscious. The process starts once connected with the channel allowing it to flow through me and into my session. This all ends up being an interpretation of the ‘idea’ and the end result being a finished expression of artistry. What makes a solid producer is someone who can articulate their feelings with minimal hindrances by their technical abilities.

What is the most important bit to get right – are you a bass or keys or what sort of guy?

Everything must be in it’s right place. Whether it’s organized or disoriented, it must express the message or emotion which we are trying to manifest. My sessions usually start off with what’s in my head or even better when it’s fueled from my heart. Then it’s a constant build inspired by the original foundation of sounds.

What is the LA scene like? What parties are popular? Is there a thriving underground? And can you tell us a bit about your involvement with the local scene?

The LA scene is truly diverse. There are a ton of different types of parties and venues catered to each genre and audience. Personally, my favorites to play are Sound and Downtown at Exchange. I’m also known to drop into more intimate venues, on sunset blvd. where I’ve thrown my DITN events. Future Primitive produced some of my favorite parties in LA, specifically their Innervisions showcase. Also, Framework has done some amazing stuff around town and in the desert at Coachella’s infamous Yuma tent, where both Rebolledo and Maceo Plex played unforgettable sets.

Does the weather, climate and vibe of the place influence your music?

The weather out here in LA is usually sunny but my studio is removed from it all. Most of it is affected by vibe and emotion. With that being said, lighting, scents and inspiration from nature (surfing) usually transcends into my productions.

How does being a dad impact how and when you work, the sounds you make?

Time is much more valuable. Our daughter has inspired and influenced many facets of my process. Although I have less time to work , the quality spent creating has been with a much more clear focus, inspiration and intent. Being creative is an emotional journey for me and there has been no shortage since her arrival.

Would you be glad for your child to get into music as a career? Is it a good one?

The future and career path that she chooses is totally up to her. There would be no better feeling than to collaborate with my greatest inspiration. It would be an honor and a dream come true.

Music should be approached with the intent of creativity, passion and pure expression. Meaning, music first and the rest (career) shall follow.

What have you missed most in the last year during the pandemic?

The birth of our daughter truly filled our lives up with an abundance of everything we could ever ask for and beyond. With that being said, I do look forward to more connection with friends, family and you all.

The lineup of shows and festivals planned throughout 2020-21 were all canceled due to the pandemic. More shows will be revealed this summer and moving into 2022.

Can you tell us three musicians that have really acted as therapy for you over the past twelve months?

Keep up with Bobby Nourmand on Facebook here. Bobby Nourmand’s LIFE ON MARS EP is out May 7th via DITN Records. Buy/listen to the release here.