Blond:ish Get Physical On The Bus (Robot Heart 2012) 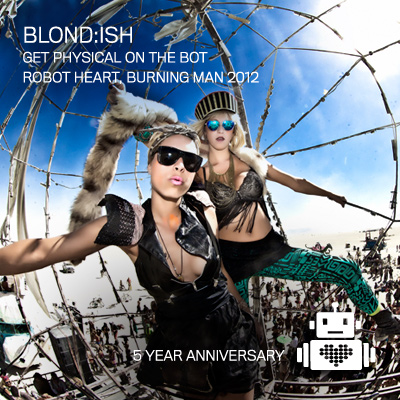 [Mix]  There is nothing more amazing than being in the middle of nowhere, surrounded by thousands of beautiful people, while some of the world’s best DJs play for you.  We at Music is 4 Lovers were lucky enough to witness the awesomeness that was Blond:ish live a top of the colossal Robot Heart Bus at Burning Man 2012.  It was a wild night when Get Physical Music took over the bus with the likes of M.A.N.D.Y, Audiofly, Wildkats, and Blond:ish all delivering awesome sets.  It truly was a magical night, there was something cosmic in the air and the music selection matched the feeling perfectly.  These two wonderful ladies played an incredible set which, by many, was considered to be one of the best sets of the whole week.  We would really like to thank Robot Heart for sharing this incredible two hours of music from these talented ladies and look forward to all the other sets that they will be releasing in the near future.