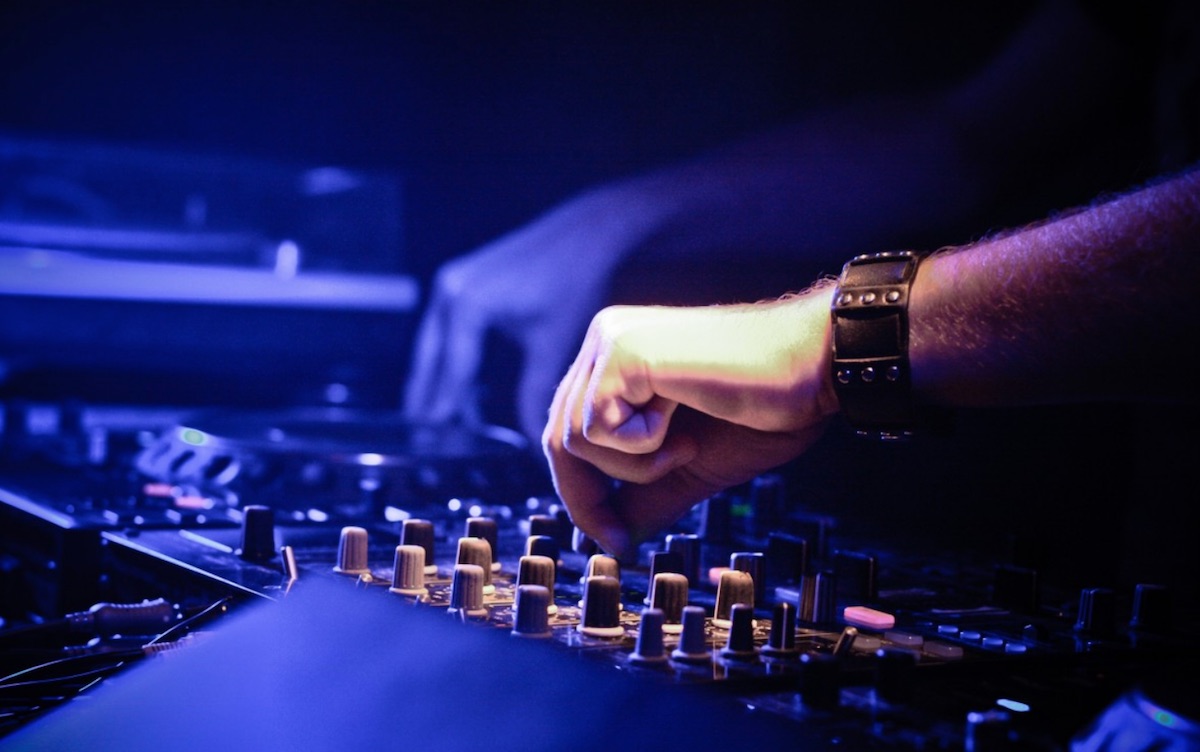 Now we’re stuck at home, on the whole, it sucks. Live streaming has quickly become the best way for DJs, bedroom or otherwise to show off their skills. As Coyu told MI4L recently, “If you take music and parties away from a DJ, there is not a lot (music related things) left.” Now is not the time for complaining, dance music, among many things, has a wonderful way of adapting when obstacles are put in its way. Live streaming allows the DJ to be broadcast into our homes to continue doing what they do best – make us smile and dance.

However, what pleasure we can derive from playing our tunes to this grateful, if captive, audience is rudely shortened by the live stream police. We could wax lyrical about the injustices of it all, but have to concede it’s down to copyright laws which we as artists have been fighting to have for over 100 years now.

And anyway, this isolation thing is merely a short term solution to prevent us all becoming members of the zombie apocalypse! So we got our new News Editor to take a look at what options for streaming music you have out there, and which ones offer the best bang for buck.

Live streams have been around for a while now but as Rebuke told us, things have changed dramatically over the last two months. Competition is fierce and to stand out you need to think outside the box.

“When we launched the ‘Erā Virtual World Tour’ we wanted to do something a little different and invite clubs and promoters from venues I’d normally play at in each territory to get involved collectively. It’s been amazing so far; fans love it and I think it’s brought a real sense of community.“

Other DJs we spoke to have been finding live streams successful, but ultimately, a strange dynamic. “I do find it hard to play with no-one around.” Andreas Campo said, “Of course, when I started I was used to having no one around and practising in my studio/house. But when you have been playing for a long time and then it’s gone – damn I miss the real action!”

Fans are the real lynchpin to your success in these weird times, streaming gives you the best way to keep them connected to you and what you’re doing. “I am thankful that I can still connect with fans across the world,” Andreas says, ‘I hope they are dancing in their homes during these crazy days.”

New York’s Avision concurs, “I’ve been streaming live from my home studio to create a nice vibey feel for all of the viewers. Overall, it’s been great to connect with fans and engage in something different than we’re all used to. I hope these streams are lifting everyone’s spirit and getting them to have fun once this is all over.”

So let’s get to the crux of this: the software making the live streaming happen…

TWITCH
Having become something of a dominant force in the gaming world, people are starting to diversify the uses of Twitch for live streaming their DJ sets.

It’s proving to be a popular move too aided by the decentralised way bedroom DJs have as much opportunity to rank highly on the algorithms as big names. But remember, its aimed at gamers and anyone who has a child between the ages of 8 and 15 knows that kids LOVE to watch other people play video games. For HOURS! So your total audience on the platform itself will be limited, fortunately, there’s a way to rescreen the feed on social media. For more info on Twitch head here.

“First heard about Twitch as an Xbox gamer.” Chris Salt told us, “Having done a quick soundcheck, I’m really impressed. I was able to stream at 1080p and high-quality audio despite lockdown broadband traffic control! It’s clearly got the right infrastructure around it, so I’m going to be hosting a launch party for my new record label on the platform on the 25th April.”

OBS
OBS or Open Broadcast Software is an open source software solution for live streaming and video recording. It’s available for Windows, Mac and Linux systems with compatibility with all major companies, including Facebook who are now a premier sponsor and Twitch who are an early adopter.

It’s what we use at MI4L for our live streams and we couldn’t be happier with it. Best of all, OBS Studio is equipped with a powerful API, enabling plugins and scripts to provide further customised functionality. And you can use the native plugins for high performance integrations or scripts written with Lua or Python that interface with existing sources. You can find out more here.

WIRECAST
Let’s not beat around the bush here, Wirecast is expensive. It’s also ridiculously good. With near professional TV studio level production features, this is about as close to perfect as it gets in the live streaming world.

And Wirecast’s encoding means it won’t ever drop, have a poor picture or sound quality. Wirecast (predictably) is compatible with all social media and has the ability to stream on multiple platforms at once. If you have a spare $800 or a college football team to publicise head here and give them all your money!

MIXCLOUD LIVE
Brand new this week and described by Mixcloud as a “swift and important response to the ongoing worldwide COVID-19 crisis” Live is their new live streaming solution.

Integrated into its SELECT feature where artists can earn a small income from fan subscriptions, users can now archive their live streams so listeners can hear mixes in their own time with track lists in order for royalties to be fairly and correctly distributed. Mixcloud also has the more robust copyright protection so it’s less likely your stream will be stopped mid-flow. Best of all, it’s free for the next 90 days to test drive for yourself.

Also worth noting the audio streams are 256kbps and not yet compatible with all restreaming platforms. “We hope that Mixcloud LIVE brings a little more fun – and maybe some dancing – into your home. Particularly at this time when the world is socially distant, and we all need to feel a bit closer.” said Mixcloud co-founder Nico Perez. Find more info on Mixcloud SELECT here.

Twitch by far has been the runaway winner in recent months but without the copyright protection (an entertainments license) needed to play music to the public, inevitably streams are being taken down by the Majors and bigger labels with enough clout.

Our advice is two-fold: You can apply to have the tracks you use white-listed by the distributors so the broadcast is not interrupted but that takes time and sometimes money, which is kinda counter to the spontaneity of most live streaming. As an interesting aside, you could of course get round that by only playing your own music, but unless you’re Boris Brejcha, y’know… don’t!

Far easier is to give Mixcloud Live a try. With it being so brand new there will be problems, but thanks to their behind the scenes work they’ve done over the last few years getting copyright permissions in place, the streaming police is not likely one of them. Reports at the time of press are positive, so we say go for it and help to spread a little more joy in the world.