Be Svendsen: ‘If you create from the heart, the essence shines through.’

Ahead of embarking on a world tour, with stops coming up this weekend in Denver, Chicago and Vancouver, Danish musician Be Svendsen speaks to us about his latest single ‘October Letters,’ The album’s production, combining tragedy and humour, and what to expect at one of his live shows.

Having just dropped the third single ‘October Letters’ off his album ‘Between A Smile and A Tear,‘ Be Svendsen is excited to hit the road to perform his art to audiences around the globe. Whether in a nightclub,  exotic beach location in Saint Martin or the Sahara desert, hopefully you can connect through music with this magical musician in his psychadelic top-hat!

You’ve just released your third single ‘October Letters’ off your album ‘Between A Smile and A Tear’ – I see it’s inspired by a chapter out of your great grandfather’s famous novel ‘The Philosopher’s Stone’ [J. Anker Larsen]. Can you tell us more about the connection between ‘October Letters’ and this chapter?

In overall terms ‘The Philosopher’s Stone’ is about a number of character’s individual ways of seeking, stumbling upon, obtaining and striving to maintain what my great-great grandfather described as ‘the religious feeling.’ Not a specific path of a certain religion, church, or dogma of such, but the feeling of being connected with everything – even for just a brief moment – the ability of sinking deep into the nature of existence, it being through a pure chance-occurring experience perceived by a child, or via dedicated disciplined practice of a fully devoted seeker. The chapter in the book by which ‘October Letters’ was inspired, is called ‘Ecstasy.’ In this chapter, the main character in the book, whom is determined to find a way back to divined moments he experienced in his childhood, achieves an enlightened state of oneness. A brief glimpse of buddha-hood, meeting with god, quantum experience, whatever one wishes to call it – “sinking, into this mighty love.”  The two verses in the song is about this all-absorbing feeling, and the chorus describes the downfall from it – the inevitable return to ‘normal’ human state and separation, and the difficulties and struggles to find an acceptance of the loss of glory, which such dramatic contrast might bring about.

‘Between A Smile and A Tear’ was dropped on vinyl this January. This album is your art. How would you best describe how the layers and concept of each track came about? Is there a story-line or message the album is portraying?

The album took form over a few years, and while some tracks are definitely cconnected in style theme and atmosphere, there is not a 100% deliberate storyline through all the 10 tracks. Some tracks were in my drawer already, waiting to be released, and others were made specifically for the album. The sound of the record is a bit different to the sound that some might recognize from my previously recorded live sets. Those online festival sets have functioned as sort of long-play releases of my output over the years. I had no plan of a concept, but found myself drawn in a direction, and chose to follow it without giving much thought to how it might be different or not meet the listener’s expectations in terms of style. I quickly decided to let go of ‘how will this work for the dj’s’, and just be creative and flowing with whatever was channeled at the time. I have incorporated more use of real instruments than before, and also started using my voice on some of the tracks – which was an interesting and humorous process. I was laughing alone in the studio, and questioning if I could really allow myself to go down this route. I love to experiment and be free to let the inner compass guide, without much thought involved. If you create from the heart, the essence shines through.

‘If you create from the heart, the essence shines through.’

I read that you ‘Like to bring tragedy and humour together, and invite them up for a dance’ – A celebration of what you call ‘Chiaroscuro’ –  the light and dark of existence. Can you explain how you relate this concept to your work?

For art to really touch me – music and film especially – it has to contain opposites. If a thing is too cheerful and happy, or too one-sided dark or melancholic, I loose interest faster. I’m guided by my emotional response and it has become clear, that to me personally, the balance is paramount. Humor and self irony is as important to me, as recognizing and embracing the pain. Not saying that one should just laugh off the tragedies, that would be arrogant, but when the time is right, try to make friends with acceptance and invite it up for a dance. Easier said than done, and I’m by no means an expert in the exercise of this in my personal life – but I believe that the key to an old famous garden could possibly lie within that concept. – if this can translate just a little bit through the music, it has the potential of evoking a sublime emotional response within the receiver. We come together over music and recognize ourselves and each other in it. 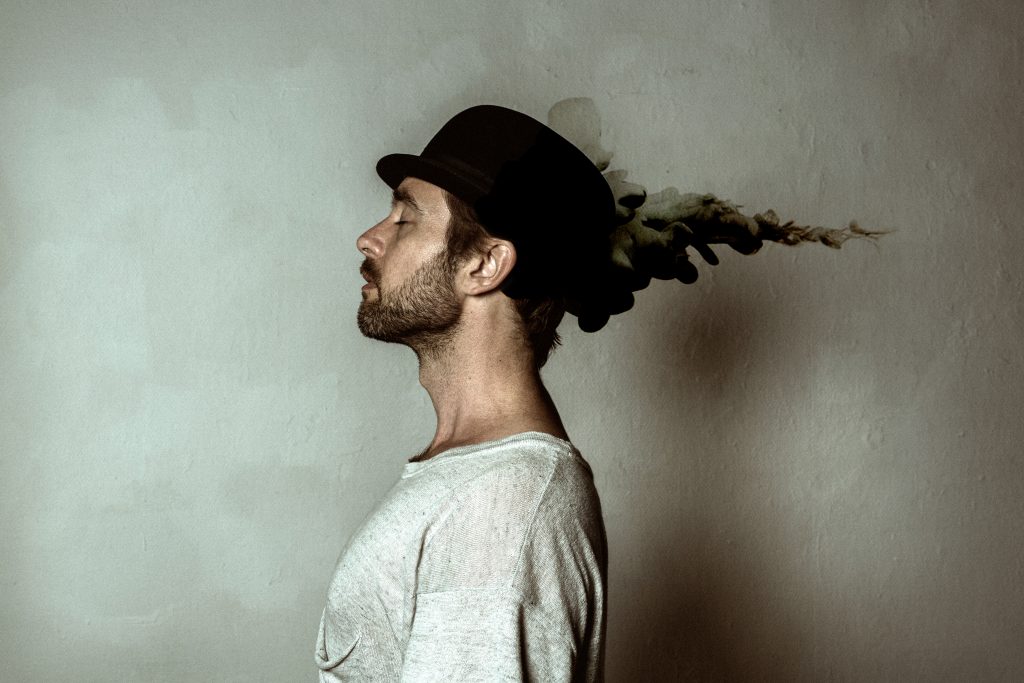 You’re about to embark on numerous tour dates with having just performed at III Points Festival in Miami, followed by gigs in Denver [Milk Bar], Chicago [Spy Bar], Open Studios [Vancouver], SXM Festival [Saint Martin], right through until April at Sol Sahara, in Morocco. What can we expect during your performances? Any live elements included in your sets?

People can expect to hear new material plus a mash up of elements from album tracks and older productions never released or recorded before, in the form I play them on stage. The way I play live these days, is by having all the audio content divided out on separate channels. 16+ channels with drums, highs, bass, synths, melodies and atmospheres from my productions etc. There is no pre-made arrangement of the songs, so everything has to be done there, on stage in the moment. This way I don’t play just one song, but a mash up of whatever content from different tracks I find fitting at that given time. This is a big change from before, where I mainly focused on producing tracks in the studio and then go out and play the production as they were made. For the audience, it might still looks like I’m ‘just’ standing there with a laptop, but I’m actually traveling with a huge flight case with my own mixer, synthesizer, controllers, external DSP cards and what not. My set is much more raw now in its expression compared to playing polished productions, and I have much more flexibility over energy and direction. I am getting great responses from the floor and I feel that this method really suits the purpose when playing at dynamic events, and in the same time it gives me the freedom to produce less dance orientated when in the studio.  I have flirted a lot with synths and straight beats lately, but for Sol Sahara in April I see no other choice than to return to my roots and prepare a really deep mystical desert journey. Who knows, maybe I’ll start to incorporate live vocals soon…

When on a packed tour schedule, it can be draining – physically, mentally and emotionally. What 3 things do you do, to maintain balance and wellness while on tour?

Sleep is a biggie. On the longer trips I try to arrive a day before my play in order to be rested and fully present, and I often go back to sleep shortly after my gig especially if I’m flying the next morning. To keep my creative focus and general health relatively intact, a zero alcohol/substance discipline is effective. Saunas and stretching as often as possible.

Thanks a lot for the interest and really good questions! 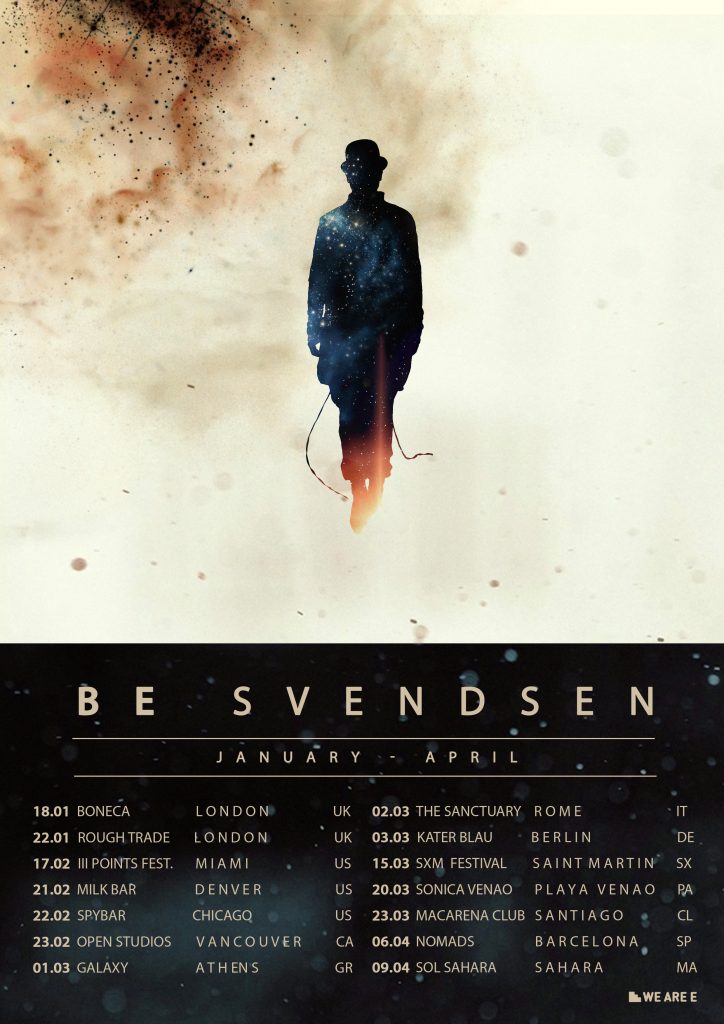