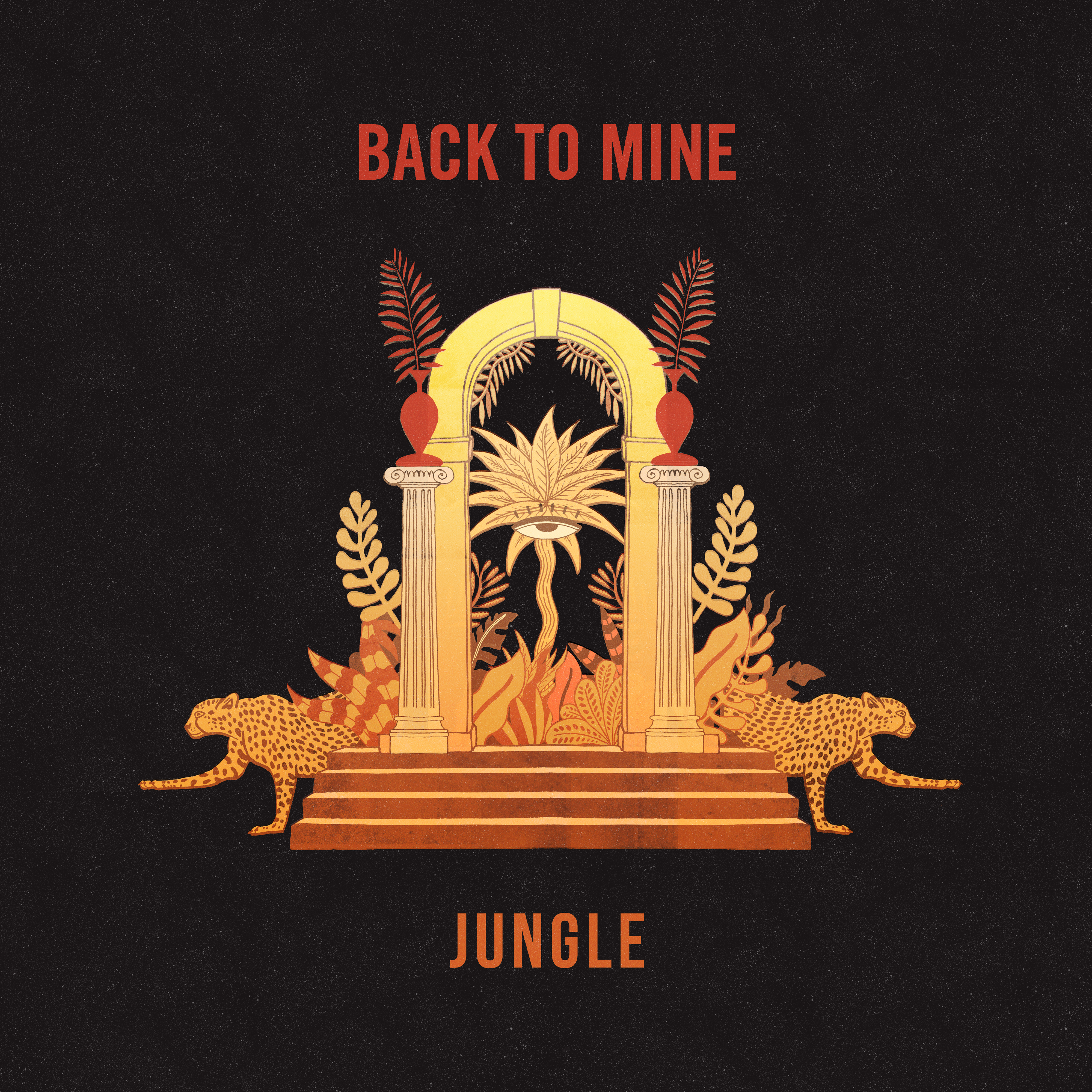 Jungle take the reins for an after hours Back To Mine session that delves through the band’s personal collection of leftfield-pop, deep house, modern jazz, Afro-funk and symphonic soul.

From bedroom studio duo to talent-filled seven-strong live collective, Jungle – led by Josh Lloyd-Watson and Tom McFarland – shot to success in 2014 with their self titled debut album. Online word-of-mouth, IRL buzz, rave reviews, and a Mercury Music Prize nomination led to half a million sales, burgeoning DJ careers, and a global tour that lasted two years. In 2018 Jungle released their second album ‘For Ever’, a lush, psychedelic, kaleidoscopic, romantic record defined by their journeys simultaneously geographical, professional and personal.

Their Back To Mine mix kicks off with Barbara Moore’s evocative Steam Heat, fittingly originally written for De Wolfe music library as a cue for a journey down a jungle river, before Inflo, Jungle’s producer on For Ever, drops an addictive bump of Afro-funk. Picking things up, Jungle switch from 90s disco by Merle to more recent house tracks by Manuel Darquart and Drumtalk. Bristol DJ Admin provides the percussion heavy Space Cadet and the irrepressible Mocky supplies good vibes on How It Goes.

The second half of the mix features a more eclectic selection starting with the sophisticated pop of The Marías and Sam Evian and the slow motion symphonic soul of Super Rich Kids by Sly5thAve. There’s a spotlight for modern jazz with tracks by Kamaal Williams, Mansur Brown and BadBadNotGood featuring Kaytranada. Before it’s time to leave, we also hear modern gospel-influenced soul by The Flying Stars of Brooklyn, mysterious band Sault with the timeless Masterpiece, Paul Cherry’s lo-fi dream pop ballad Like Yesterday, and a perfect closer to any set: Sunday by HNNY. Jungle also gift Back To Mine with the exclusive Come Back A Different Da’.

“When asked what genre of music we like or create we always answer explaining that we try to not hear music in genre but more in sonic and emotion, and if it feels good then it is good. By that merit, we have conjured a list of far-reaching tracks and brought them together to sit harmoniously on this Back to Mine mix. Put together mostly in the confines of our London based garden studio, where many a late night gathering has taken place, the mix makes it way through psych, Afro-beat, house and soul with some of our favourite tracks of the moment. Have fun and enjoy.”
– Jungle

The first volume of Back To Mine by Nick Warren was released in February 1999 and it went on to include editions by Groove Armada, Orbital, New Order, Roots Manuva and Mercury Rev. The compilations are based on what the artist would play at home after a night out, rather than as part of a nightclub session – tagged “a personal collection for after-hours grooving”. In January 2019, the series was rebooted with a mix from Nightmares on Wax, described in an 8/10 Mixmag review as “a super smooth and positive mix”.