Back To Mine announces new Fat Boy Slim compilation 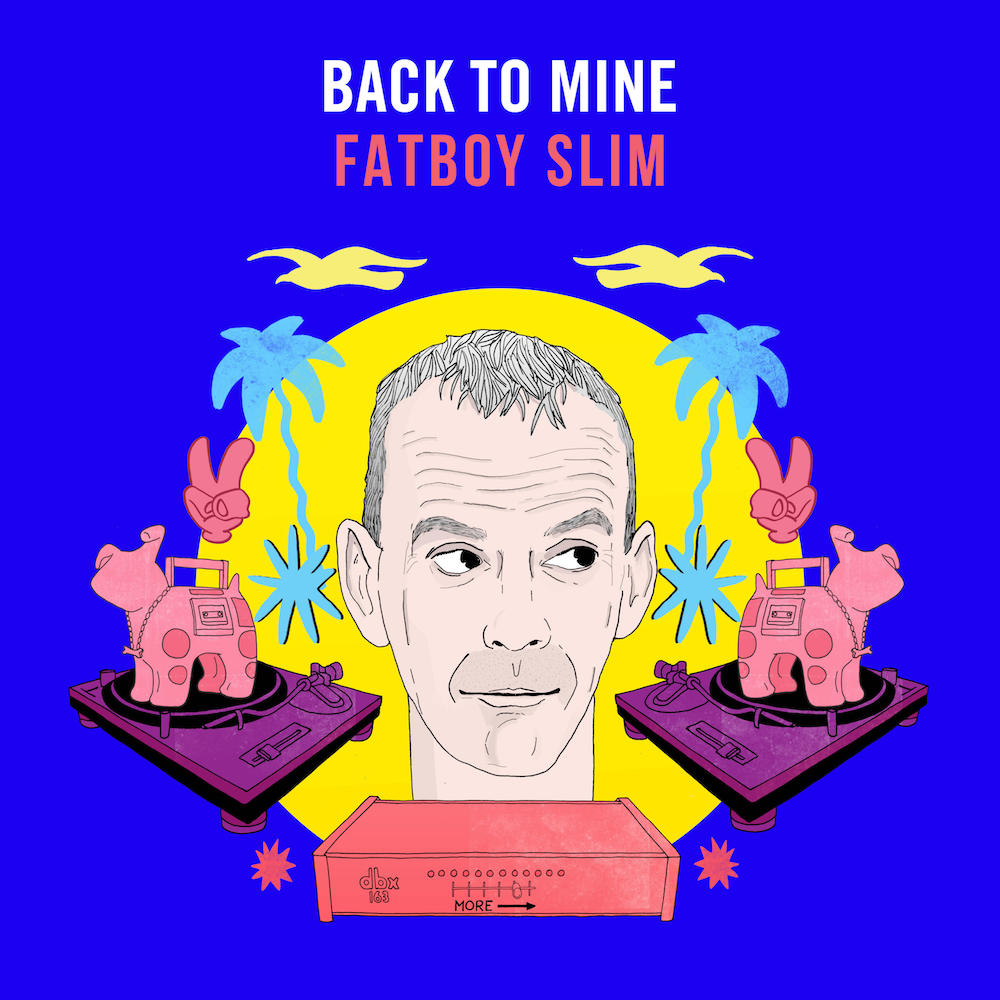 Coming this November, Fat Boy Slim joins the hugely popular Back To Mine series with a genre-bending new release.

Last year saw the legendary and much-loved mix series ‘Back To Mine’ return with Nightmares on Wax, marking its 20th anniversary. The first volume was released back in 1999 by Nick Warren, designed to showcase a selection of tracks you’d find and be heard playing at the artists home. Selectors have come in the form of New Order, Pet Shop Boys, Röyksopp and Faithless who all dug deep to find their essential at home listening.

Back To Mine · Back to Mine: Fatboy Slim (Mini-mix)

More recently, his passion for art led to his first curated art show ‘Smile High Club’ in June 2019 at the Underdogs Gallery in Lisbon. His obsession with all things smiley started early, with the first 12-inch he bought being ‘Psycho Killer’ by Talking Heads. “I’m trying to make people smile,” Norman says, “And I’m not scared to be goofy whilst doing it!”

Fast forward to a year when staying home became the new normal, in the land of lockdown he took to the online streaming phenomenon, inviting fans to join him live from his home. So a special selection of tracks for this series from the king of at home vibing is nothing short of exceptional.

Covering everything from ’70s reggae and pop to tracks he’s sampled for his own releases and two new and exclusive tracks ‘Sunset 303’ (If You Believe) with Roland Clark and ‘The Voice Of Experience’ under his more ambient Yum Yum Head Food alias.

“Over the years there has been so much action back at mine, so many friends, lovers and lunatics who would congregate after the clubs had closed to laugh, share and swap ideas and tunes and generally put the world to rights… this is a collection from the soundtrack of those sessions. Music for the heads rather than just the hips. Straight from the lounge of the funk soul brother” – Norman Cook

Fat Boy Slim’s Back to Mine will be available to buy in November in a variety of formats including a special deluxe vinyl package for the very first time with the illustration by London based artist Rich Fairhead.