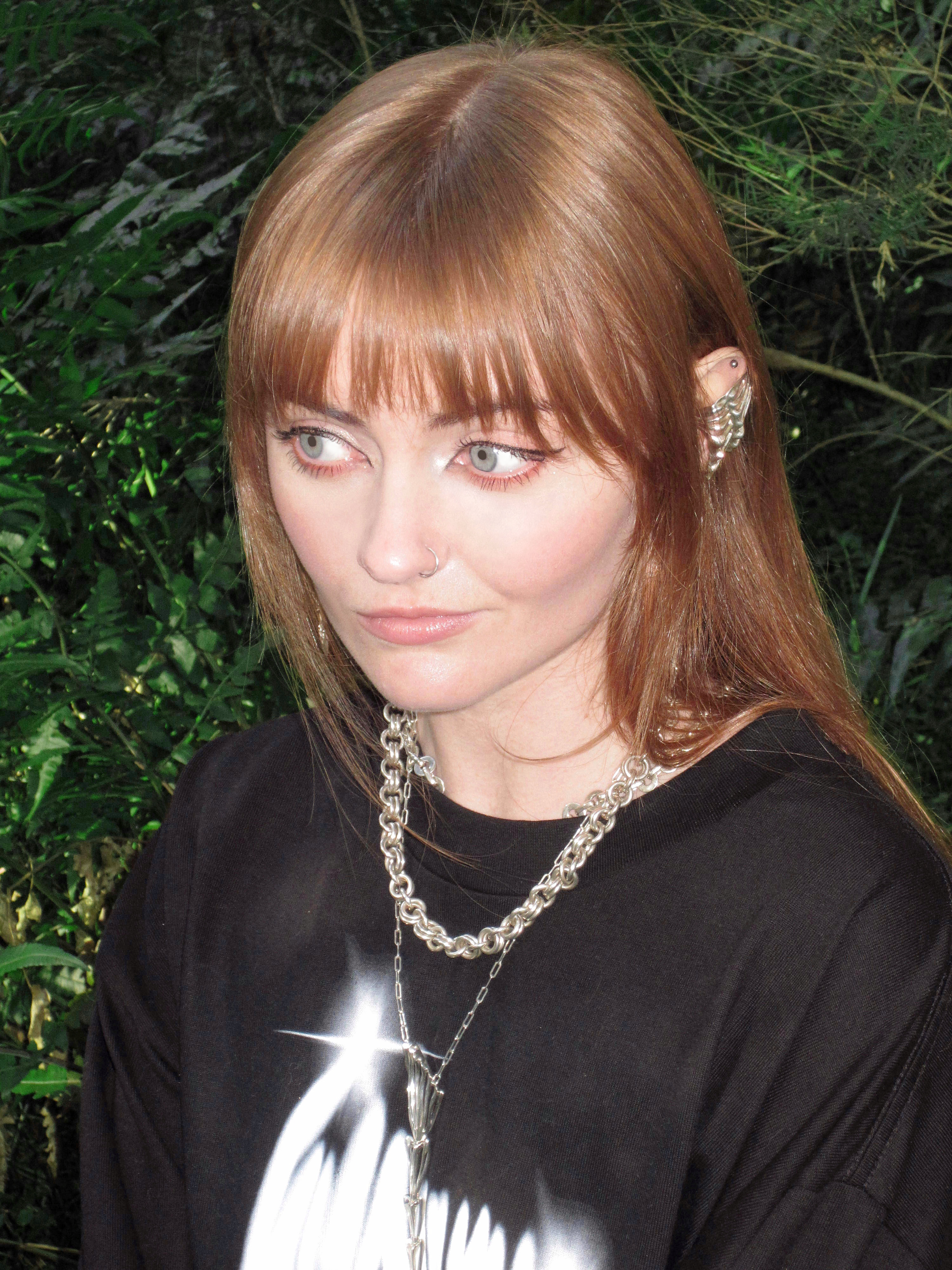 The project provides another insight into Ninajirachi’s eclectic and diverse palette that takes a deconstructionist approach to club-infused songwriting. The A-side, “Petroleum,” harnesses Nina’s usual glitch pop sound, yet ups the ante with an amalgamation of irresistible melodies and a catchy chorus maintaining her ever-expanding sonic catalogue.

On the release, Nina shares that “in 2019 Laces was pitching beat ideas to an artist and he showed me a few when we were hanging out. I loved one of them called “Petroleum” and he let me try out an idea over it. It was meant for someone else, but I ended up stealing it and making this song. This was almost three years ago, and the song has been through many changes. It has been a labor of love and it’s both weird and nice that everyone can finally hear it.”

Paired alongside “Petroleum” is the B-side track “Hidden Land,” which features Sydney rapper Raj Mahal to deliver a rowdy sense of club-driven fun that soars with contemporary production. “I met Raj Mahal through our mutual friend Oh Boy but lockdown kept preventing us from writing music together. We finally linked in May this year and made ‘Hidden Land’ in just a couple of hours” says Nina of their collaboration. “Raj really appreciates music production more than most non-producer artists I’ve worked with and he has really cool taste. We’ve made more music together since that’ll hopefully come out eventually.”

Ninajirachi’s take on pop experimentalism has seen her move the needle and steadily climb the ranks, having gained international attention from the likes of Alison Wonderland, A-Trak, Dillon Francis, RL Grime and Anna Lunoe. Beyond her own releases, she has put together remixes for Deadmau5 and The Neptunes, Flight Facilities, Hermitude, 1300, and more. Beyond her work inside the studio, she has also toured alongside Mallrat, What So Not, Charli XCX, and Cashmere Cat, built her own sold-out VIVID Sydney event, Dark Crystal, and hit festival stages including Dark Mofo, Splendour In The Grass, Field Day and Listen Out and upcoming multi-hyphenate appearances at Springtime Festival, Wildlands, and Spilt Milk.

As a two-time triple j Unearthed High finalist, Ninajirachi emerged in 2016 and has since gone on to win the hearts of dance music fans, with an extensive back catalog that includes two solo EPs Lapland and Blumiere, alongside her highly acclaimed seven-track EP with Kota Banks, True North and 2021 double-single “Dracodraco / Stoneteller” which was co-released on legendary producer RL Grime’s Sable Valley. She has performed on livestreams for Insomniac, Brownies & Lemonade, and the aforementioned Sable Valley. A pure manifestation of glittering hyper pop that is chaotically fun, Ninajirachi has found support amongst key tastemakers globally including Billboard, triple j, BBC Radio 1, Crack Magazine, Mixmag, NME, EDM.com, PAPER Magazine, The Guardian, and Fashion Journal amongst others.