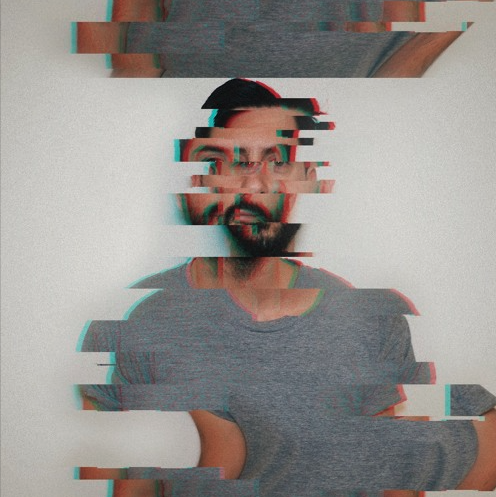 Hi For Life, it is great to have the chance to speak with you today. Congratulations on your latest release ’My Eyes’. Can you tell us a bit about the story behind this single?

Hi! This has been a single that I have had for almost 3 years now! When I first came up with chord progression/melody I knew it had to come out in some way or another. It’s one of those songs I think I could listen to some play on piano but also with a 4 to the floor kick drum. Since I lean way more to the nightclub side/4 to the floor of this I had to figure out how to take it there haha. I also love listening to music with images of landscapes and scenery (yes I am a HUGH Cercle fan) and out of all my demos this was the track that I would play in the background while driving away on holidays, heading to the snowy mountains or even looking at a city scape from afar. This song has had 5 different bass lines, 3 different drum grooves and a lot of revisions, but the chords and melody have always stayed the same. Thats what started this track many years ago

Why did you decide to release this on your own imprint?

There are many reasons but the main one was to be able to consistently release music. Over the years I have had many good relationships with labels, and I still do, tho due to scheduling it wasn’t always possible to release tracks when you wanted to. So now I do both, release with labels and on my own imprint. The other reason is that we have so many tools to do it on our own now. I am sure many people are now aware of this. It’s awesome to be part of a family and release on label tho I want to be able to release when I have my songs ready to go. You work so hard on music it’s a bummer to see some of it not see the light of day. I don’t have to have that happen anymore!

Who would be the ideal person to remix this song for you?

Let’s jump back to the beginning, what are your earliest memories of music? Was there a pivotal moment in your life when you wanted to focus on it as a career?

I played music since I was 3, I started teaching guitar at 14 to local kids. I toured South Africa and China with a Jazz Big Band before I was 18. I was always going to do music…..until I didn’t get into the conservatorim of music here in Sydney two years in a row. It was the first time in my life I took a break from music and went and did a science degree. It was during that degree where I started clubbing and then DJing. I bought a computer for $400 and thought ‘why not make music’. This was at the age of 24. I started producing late you could say. After finishing University I just kept DJing and started to get offered music jobs so I just kept doing it. I wouldn’t ever say it was a decision but something that I was always going to do no matter how I was paying the bills. It was more a ‘you are never going to stop doing this or trying to do this’ and here we are. I feel like Art is something that you don’t really chose, you do it because you want to and if a job comes out of it great!

How would you say the Australian music scene has changed over the years?

It has moved a little out of the clubs I think. We had a lockout law about (Clubs had to close earlier and there were tons of rules) 8 years ago and it killed night life in Sydney. Melbourne and other cities kept going strong but we here in Sydney had a real battle on our hands. It only feels like just now club music is making a bit of a solid come back here. There are young DJs again and they get to play all types of club music. It has gotten WAY more diverse which is great. You can hear a lot more varieties of club music here again and maybe more so than ever. I think we are finally starting to embrace our multicultural country a bit more and music is coming with it.

What can we expect to hear from you throughout the course of the year?

A bunch more releases. I honestly would release them faster if it made sense. There is a lot of backlog from covid. My songs are getting a little shorter, have a lot more guitar and a few more vocals, but still will exisit in the club. My Eye’s is one of my favourite tracks I have made but things are moving a little more on the 3:30 tip. But who knows that could be a phase. I am really enjoying playing guitar again and it is having a large effect on my music.

Are you more of a software or hardware orientated producer? Is there one piece of kit you simply can not live without?

I have been all of the above. But right now the only thing that I don’t have a software substitute for is guitar and bass guitar. They are the only two bits of kit I always have. Coming out of covid and recently having a 1 year old whatever allows me to make music the fastest and easiest is what I grab. I am not so fused about what I use at the moment, its just about enjoying making music with whatever is around. Also during covid I got more used to working at home and not in a studio and as it became more familiar it was easier to enjoy writing music in headphones. I always enjoy having hardware instruments around and they still provide awesome inspritaion so hopefully soon I can get back on some nice synths!

Who would be your dream collaboration?

Channel Tres! I love his vocals and his basslines. I wish I was more confident with vocals but my own vocals dont appear to much on my records. Also Kevin Parker from Tame Impala. I also have a soft spot for 2010’s brit rock. The Strokes, Artic Monkeys, Kasier Cheifs. That would be awesome.

Thankyou For Life , we look forward to hearing more from you this year.

Pick up a copy of My Eyes here