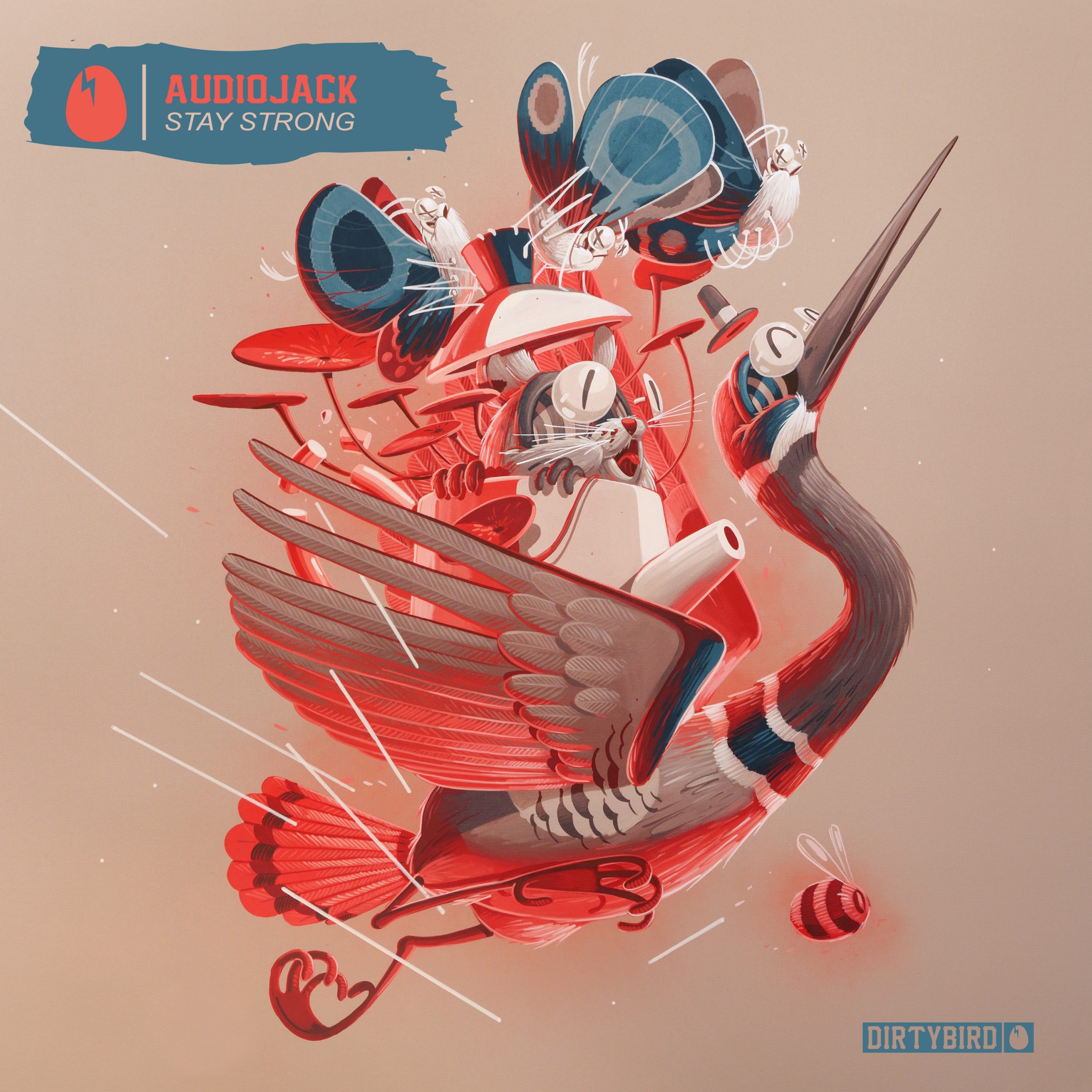 UK duo Audiojack have released their edgy two-track ‘Stay Strong’ EP, out now via Dirtybird, marking their debut release on the label.

Embracing their unique deep house sound, ‘Stay Strong’ lives comfortably on festival main stages and underground dancefloors. Its titular track is an intricate soundscape complimented by layered synths and textured percussive elements. The companion track, ‘In Your Eyes,’ strikes a different tone with its rhythmic breakbeat nature. Ready to leave their mark on the Dirtybird flock, ‘Stay Strong’ arrives ahead of Audiojack’s upcoming debut at Dirtybird Campout this October.

Regarding the EP, Audiojack said, “We made these tracks as the pandemic restrictions were lifting and there was light at the end of the tunnel. We imagined how good it would feel to play loud music again to people who were full of joy and relief at being free again, and we tried to encapsulate that feeling in the music.”

Following the release of their second album, ‘Surface Tension’, Audiojack are entering what might be called the major phase of their career. This, of course, is not to diminish the solid  reputation they have built over the last fifteen years as DJs, producers, remixers and label curators with original releases on labels like Crosstown Rebels, 2020Vision and Hot Creations, remixes on labels including Moon Harbour, B-Pitch Control and Diynamic, and artists like Underworld, Groove Armada and Hot Since 82 who have enlisted their talents for remixes.