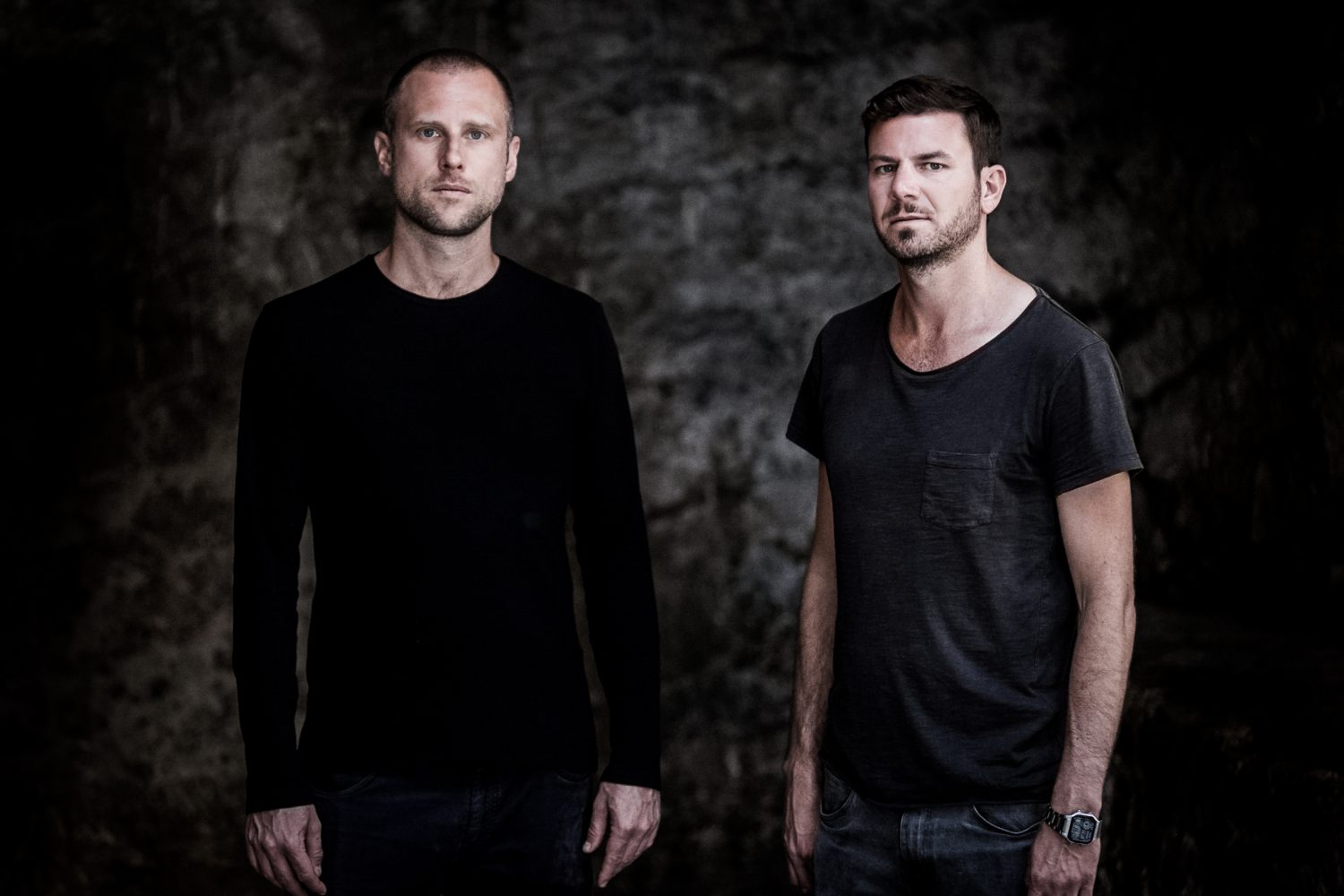 The powerful duo of Audiojack enter 2019 with a bang, returning to Crosstown Rebels once again. Delivering two distinct dancefloor tracks, their Inside My Head EP is set to make an impact across the globe.

Title track Inside My Head is a deep and spellbinding production, woozy and enthralling with a pulsating beat and catchy vocal hook. On the flip, Behind The Curtain is a darker, more industrial affair with a gritty drum section and an enticing groove.

Audiojack explain that “‘Inside My Head’ was inspired by an old prog record from the 90s that used the same vocal. ‘Behind The Curtain’ is based around random noise generators and industrial sounds, which give it a very robotic feel. Then the distorted Wurlitzer piano comes in like a human rebellion against the machines and the track becomes a tete-a-tete between the two concepts”.

Audiojack began life over a decade ago on Ralph Lawson’s seminal imprint 20/20 Vision. Since then Underworld, Groove Armada and Hot Since 82 are among the artists who have enlisted them for remix duties. They began their own highly regarded imprint, Gruuv, more than eight years ago and the label has charted releases from artists including Emanuel Satie, David Mayer, Marc Romboy, Stimming and Joyce Muniz. The duo’s energetic DJ sets have seen them play in hundreds of cities in over sixty countries and they’ve also been nominated in the DJ Mag Best Of British Awards as well as recording a coveted Radio 1 Essential Mix.

We had a chat with the duo about their release, and also what’s going on in their world. Check it out below!

“Inside My Head” EP is out now via Crosstown Rebels.

Thanks for chatting with us! Where in the world are you guys right now?

Hello from Ibiza. We’re heading to Madrid in a few hours then onto Quito tomorrow. After a month off we’re playing on five different continents in the next month.

Can you tell us a bit about the creative process behind your productions?

We’ve changed that a lot recently. There are some mainstay elements such as doing the prep to write lyrics and get good original vocals performed for our music where relevant or if not making sure you have a solid idea in mind before starting a project. The actual writing process is the thing that has changed substantially. Before writing a track was essentially like building a snowman, you keep adding bits until it starts to take shape and then trim away the bits you don’t need, then add more blah blah you get the idea. A lot of music is made in this way, automations drawn with a mouse making straight lines and following paradigms, it sucks the soul from the music, so we decided to change our writing / recording process. We now set up 8 channels of instruments on the APC40 with various simple loops, effects, filters and so on to various knobs and faders, hit record and jam live. We keep going until we get a take we’re happy with and that is the track you get. No tweaking and editing the arrangement afterwards to airbrush mistakes or cutting out the bits you like best. The little mistakes are the things that make it feel real, just like listening to a DJ riding the mix when the beats are going out because perfection gets very boring very quickly.

What were the inspirations behind the “Inside My Head” EP?

The idea for Inside My Head was born at Damian Lazarus’ Get Lost party at WMC whilst on a psychedelic adventure listening to trippy loopy music. There was an old prog track in the 90s that used the same vocal sample from Cuba Gooding – Happiness and it eluded us on our search to find out what it was. We decided to write a track of our own using the same part of the vocal from Happiness and make it in the vein of the warped memory of the music at Get Lost. The B Side, Behind The Curtain is a little Tete-A-Tete between man and machine. The main track is quite industrial like a piece of equipment running in a factory and then this big Wurlitzer piano comes in out of nowhere as a human rebellion against the machines.

We’ve spent a lot of time in the studio this year so we’re looking forward to the music coming out. We’ve made some special remixes and bootlegs for our own DJ sets. We’re also preparing our live show and getting ready for the 100th release on our Gruuv label later this year.

Which producer would you dream of working with (dead or alive)?

It would be cool to have a few days in the studio with Martin Hannett who produced some of the great Manchester bands on Factory Records and such like in the 70s and 80s, sadly he’s long dead now.