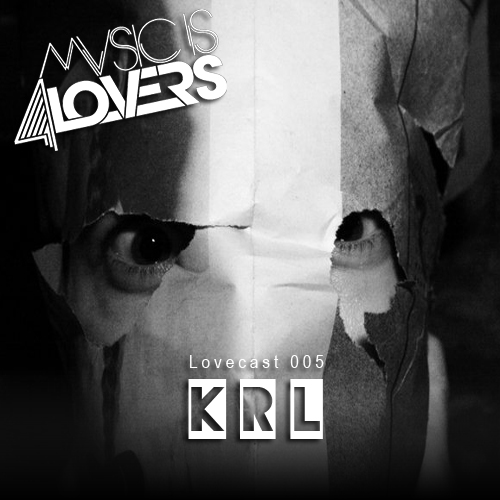 [Artist Profile] Since our inception last year, we have been carefully following KRL and the Wolf Music crew as they continually release quality music, time and time again. We appreciate their affinity to vinyl and love the pure house music spirit that seeps through in their releases. Around the same time we started blogging, KRL’s remix of “Fever” (by JPhlip) was released and has had us hooked ever since. We are very pleased to have had the opportunity to find out more about this talented producer/DJ, and to top it all off, we also have this wonderful exclusive mix to present as well.

I am from the UK, more accurately the Garden of England (Kent) but made a short move to London 4 years ago.

We had a good local scene in my home town, Maidstone.  You were either into hip hop, house or the peaking garage scene.  I loved & played hip hop, hated house.  Strangely enough many of the now big house heads like Nic Fanculli and the guys who started Toolroom records were all from maidstone & finding their feet back then.  So there were enough people, nights and even a few record shops (Plastic Surgery anyone?!) to keep us occupied.

I think London has a great scene.  With nights like Tief and clubs like Plastic People, you can see something great every week, if stamina permits!  I don’t go to house nights all the time.  I need a good dose of live music to balance it all out, and there is an endless amount of that.

Ive been into DJing for the last 10 years, so it was progression really.  It was around 3 years ago after Recession Beat came out on the first Wolf Music release that I realised I might be good at producing house music.  It has spiraled from there really.  Making music is so addictive.

Its not that I prefer either, but so far I seem to be better alone as that is what I know.  I am trying a few collabs with peers and hope to release some this year.

That’s a difficult question!  Obviously technology & communications have completely changed the game in that respect.  I have definitely benefitted from living in London though.  Just being able to pop down to nights, meet people & build relationships is so important.  And can only be done in person.

Get involved with a good team/record label.  I wouldn’t be doing this interview if it wasn’t for the support & belief from my friends at Wolf Music.  If your music is good enough, it will sell.

Donny Hathaway – Someday We’ll All Be Free.  I heard it on the Everything But The Girl ‘Back to Mine’ compilation and was my gateway to proper soul music.

Traveling the world through music has always being a holy grail for me, so I love everything about international gigs.  The worst, is lonely UK train journeys and playing when you feel like shit.  Gigs with the wolf pack are always great fun.  Banter levels run high.

The whole Wolf pack are really stepping the game up this year, so expect more releases, and EPs from Wolf artists.  Gig wise, I’m really excited about the takeover in London at Tief, Room 2, on 28th April…one of the pack should be doing a live show… Ive got a string of remixes coming out now for guys like Deep Space Orchestra, Flori, Volta Cab as well as Autodeep thay dropped last week.  My EP just came out digitally too, with an extra track on it that didnt make the vinyl due to time restraints, Nerve. Chekkiiiit.

Gin in the club, Whisky in the home.

Its a selection of recent tracks ive been feeling, for general listening & playing out.  I hope you enjoy it.