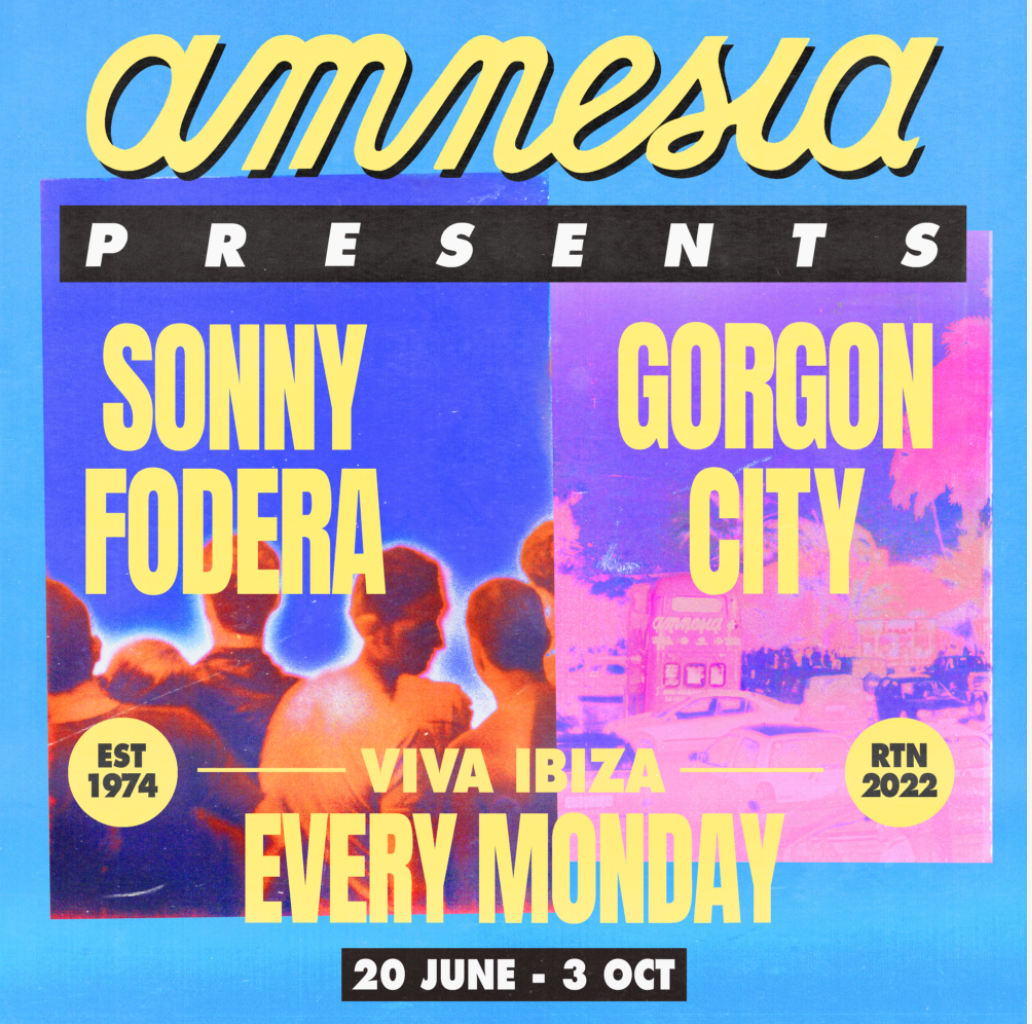 Monday in Ibiza just became the hottest new night of the week as superstar house artists Gorgon City and Sonny Fodera announce a brand new weekly residency at the iconic Amnesia. This comes on the heels of the pair’s much talked about and sold out two-day festival in London back in August, and will see them curate a special selection of guests and friends every Monday from June 20th until October 3rd. To attend, you must register at http://signup.amnesia.es to have pre-sale access to special tickets which include a drink. Access opens on February 24th and lasts 24 hours, then regular early bird tickets go on general sale on the 25th. You can also win a two-night stay on the island, Balcony Tickets and four drinks for the opening party on 20th June at the sign-up link.

After a two-year hiatus, this summer is set to be an explosion of energy and hedonism that harks back to the early days of the White Isle. And there will be nowhere better to experience this summer of love than Amnesia, which is known around the world for offering the most authentic Balearic clubbing experience and now lines up two of house music’s most influential artists.

Fresh off the back of a huge 22-date sell-out tour around the UK & US, Aussie Sonny Fodera is now a true global house king. His last album Wide Awake at the end of 2021 made an impact on UK charts as well as dance floors around the planet and was playlisted on Radio 1, Kiss FM and many more. He has amassed a total of 350 million streams in the last year alone, collaborated with the likes of Diplo and the festival he co-headlined with Gorgon City sold out all 14,000 tickets. 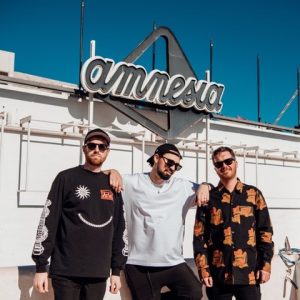 Since first linking up for a run of singles at the turn of the decade, Gorgon City – comprising Kye Gibbon and Matt Robson-Scott have entrenched themselves in global dance culture, offering a heady mix of big room house and underground heaters. They have sold over 10 million singles and clocked up over 1.5 billion streams worldwide. While the duo are no strangers to chart success with hits such as ‘Ready For Your Love’, their sound is rooted deep in the. The live setting is where the duo truly thrive – the past decade has feature amazing sets around the world including Coachella, Glastonbury, Parklife & EDC Vegas, as well as sold-out shows from iconic venues such as Brixton Academy, The Shrine, Printworks, Brooklyn Mirage, Warehouse Project and Tobacco Dock.

As well as those house music icons at the helm, a cross-section of the scene’s best and biggest names will also be adding their own sounds so stay tuned for the announcement of world-class guests.

Gorgon City said “We’re so happy to be back in our original home in Ibiza. We love Amnesia so much and can’t wait to begin a new chapter on Mondays with them! This season is going to be the best yet!!!!”

Sonny adds, “So hyped to be back on the terrace at Amnesia. So many amazing memories at this club. Mondays are going to be next level! I can’t wait!”

With a super fresh house soundtrack from Sonny Fodera and Gorgon City, Mondays in Ibiza will never be the same again.

From 11 pm – Both, Main Room and Terraza

The people who sign up on http://signup.amnesia.es/ will have access to tickets with discounts and drinks included only for 24h (from Feb 24th 10:00 am till Feb 25th 10:00 am). On the 25th we will release the regular early bird tickets.