After: The Best Thing to Hit Las Vegas in… Well, Ever 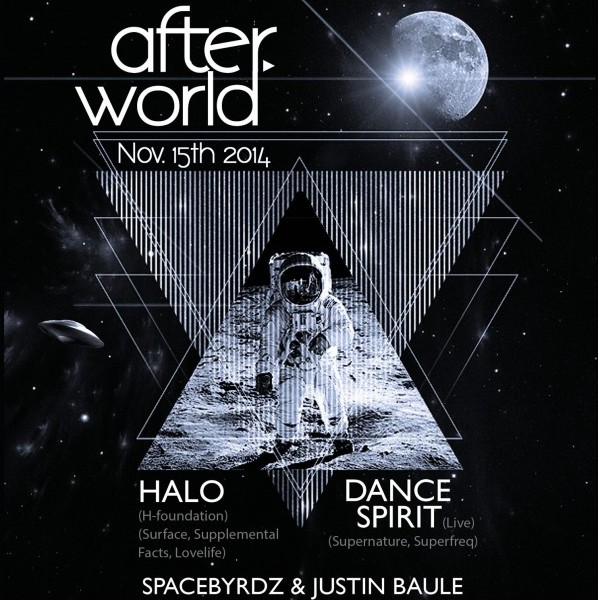 Let me tell you a story about persistence. It’s about not giving up and fighting for what you believe in. This story is about a party called After and it takes place in Las Vegas. Literally (and I say literally because I mean literally), After is the best chance Vegas has for a legitimate underground house and techno scene and it’s happening right now. After works to book the talent that no other club in Vegas dares to. They take the risks and they will eventually reap the rewards. The question is when, not if. The concept of After has been a long time coming. Vegas has become notorious and in some cases synonymous with shit music, but there’s a crew of DJs in Vegas who simply put, just won’t stand for it any longer.

In January of 2014, Thom Svast and Sia Amiri launched the party brand in an effort to bring to the people what is rightfully Vegas’ – the world of after-hours with proper music programming. I’ve been going to Vegas for many years now and I’ve seen after-hours events rise and fall, one after the other. Drais used to be the spot to go, but slowly, it was swallowed by the mainstream. Empire Ballroom, once had a mighty hand on the after-hours scene, but it too, sucumbed to the preasures of the City of Sin and crumbled beneath its demands. Not until 2014 has a truly unified effort emerged with the hope of reestablishing Vegas’ title as “King of Nightlife”.

It’s hard to describe the new efforts put forth by After without including the whole team. Thom and Sia might be the founders, but the heart and soul rests in the teamwork that they’ve established. In addition to the founders, Justin Baulé and Spacebyrdz (Alex Clark & Oscar Molina) help curate the talent booked and the direction of the events in general. The true underground heads of the Vegas scene have, for the first time, decided to work together to manifest their dream for a real underground house and techno scene in Vegas.

This Saturday, After gears up for the most proper of underground events, hosting Dance Spirit (Live) and Halo for a warehouse alternative to the mainstream bullshit. Opening sets will be provided by local heroes Spacebyrdz and Justin Baulé.

In an effort to show you what you’re missing if you don’t check out the After events in Vegas on your next trip, we interviewed the key members to find out the answers to a few important questions.

The Interview with the After Crew

Why Does Vegas Need After?

Vegas, is completely saturated with pop music playing throughout every single club in this city. They play the exact same music you hear when you go into any trendy department store. These venues focus on attracting girls in their younger 20’s to the nightclub, which in turn brings older men who spend money and buy tables. They focus on money and music. We focus on community and music.

What makes after different than other parties in Vegas?

What makes AFTER. different from other parties is our ability to think outside of the box and not be concerned with filling a $100 million club. I never want anything more than an intimate show for our people. We also deal with a very niche market that no one else in the city is doing, at least not properly. Our business model isn’t based on money, our business model is based on music. The bottom line will always stay in the black as long as we keep our heads level and stick to the original concept of what AFTER. is about. That will always leave room for success with limited pressures.

Where do you draw your influence for doing a party like After in a city like Vegas?

Recently we’ve seen a surge in underground parties in all major cities in the US. Being in Vegas, it’s pretty crazy that we hold the potential to be one of the most influential cities in the world for electronic music, but we’re hands down the last. Vegas follows trends… they don’t set them. So for us, we’ve watched our friends like Lovelife in San Diego, for example, create an organic scene out of nothing. We are really following the framework they set, to try and get something off the ground for Las Vegas.

What’s wrong with nightclubs bringing the same talent and sound, night after night?

It’s not really what’s wrong with the nightclubs, but what’s wrong with the people going? How/why would you want to go out and hear the same shit you hear on the radio and spend thousands of dollars on top of it? We all know that young girls go to these clubs because that’s where they think they’re supposed to go, and it’s also because they are comped everything for being hot and young. On the other side are the rich idiots who drop tens to hundreds of thousands of dollars on tables and bottles – not because they want to hear whatever commercial dj is playing, but because they want those hot girls to come sit at their table and drink up all their bottles. The vibe in those clubs is so fucking spring break…flailing around those glowstick things and wanting to get sprayed in the face with champagne. Maybe it’s just me getting old, but I want nothing to do with any of that shit or any of the fake ass women that go along with it. The women that go out to underground events for the music and that love to dance are way sexier than some model chick sitting at a table in a club for all the wrong reasons.  I’m not saying every girl at the commercial clubs are like that…but I am saying the majority of them are.

Is After a good thing for Las Vegas or is it just another party concept?

We are the option right now.

In the end, aren’t we all just another party concept? But to answer the question, yes, we are good for Vegas. Vegas, right now, is one of the hottest musical cities in the world, but we are lacking options. We are the option right now. People who don’t travel don’t understand how legitimate the underground scene is over seas. Underground isn’t very “underground” outside of the U.S… In the states, our main stages at festivals are filled with complete commercial crap. Everywhere else, it’s techno, tech-house, and yes, deep house. My prediction, is that this time next year, every major Vegas club will have a “Deep house” resident DJ on their line-up, or every DJ on their line-up will already be playing deep house sets. That makes us the leaders and innovators in the scene, big club or no club.

If you could have people remember one thing about your events, what would it be?

Regardless if it’s once or 100 times, I hope people who come to our events feel a sense of community: a place where they feel warm, welcome, and free. I hope they leave all insecurities at the door and immerse themselves in the evening.

As a last word, or picture I guess, take a look at their “DJ Rules”. This image went viral a little ways back, but if you haven’t seen it, it’s worth your eyes.