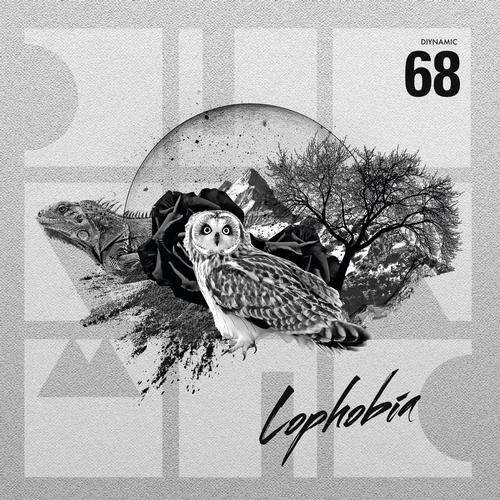 Almost one year ago Adriatique released their last EP on Culprit LA after their debut solo record on the Diynamic imprint last summer. Many highlights appeared since then. A lot of successful remixes, a heavy touring schedule, a weekly Ibiza residency and great recognition within the Diynamic family. After quite some time being in search for new inspiration the two guys from Zurich, Switzerland come up with Lophobia, a record which is full of deepness, melancholy, light and darkness. After some moments with lack of ideas and creativity several feelings about music in general came together: phobia or fear mixed with the love for music and daily business. This could totally be a sneak preview to a series full of emotional, deep driven techno and house music from Adriatique on Diynamic.

With absolutely no vocals on the record, all tracks are mostly carried by several instruments and melodies which are not only told by a big hook line. The outcome is well balanced between recorded sounds and programmed beats and percussion. Lophobia is probably the best example for this quote. The slow intro which introduces the synths and instruments step by step will get you in the mood without being to offensive. In the last third of the title-track a surprising acid line joins the game between percussions and melodies. This drop creates the little extra which can be very interesting for club and home listening. Mr. Creasy is the club-track of the EP. But still also this song has a very own mood and sound-structure. Driven by a lot of basses and subs, the track reaches it is full potential when everything comes together. Oriental flutes followed by strong moog mellows and a nice sequencer which leads the track to a trippy direction. This one will definitely be responsible for some peak time dance floor moments. The third track on the EP has the same origin. Glyfada also has no vocals on it, but again very strong and rolling beats complied with harmonic pads and synth sounds. This track definitely creates the right vibe for sunsets, later moments of the night and last but not least the all time favorite sunrise.