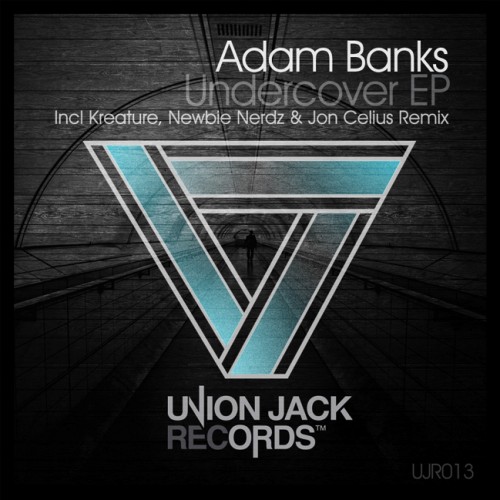 [Release] OH Yeaaaaah. Deep and sexy baby, just the way I like it. A booty bouncing bassline laced with deep male vocals and topped with twisted lil laughs make the title track ‘Undercover’ an instant favorite! It just works … and damn well! The remix from Kreature, my favorite off the EP, features a darker bassline and more ominous vibes … and I seriously dig it.

The second original on the EP ‘Regenerate’ is a surprising amalgamation of sounds, with a bit more of a nu-disco/deep feel instrumentally but a bit of hip-hop vocally, it’s definitely original and impressive in it’s composition. The EP features two remixes, the first by Newbie Nerdz has a more deep, slow, and sexy vibe while Jon Celius keeps it upbeat but a bit more deep.

Adam Banks first hit my radar when he stood out as one of my favorite tracks on the loaded 32 track Cream Couture Records, Summer Couture Vol. 1 and I’m more than happy to hear more from him. The London based producer really impresses with this one!

Union Jack Records has been heating up lately and it’s clear with this release to see why.  This release  encompasses all the aspects label heads Memo Insua & Frank Kenfold proclaim Union Jack professes to embody. A sound “Memo calls Future Funk. Definitely the label’s sound would be something between a new age indie / nu dance, deep, weird, techy sound with funk, vocals and heavy bass line with lush sounds in the background (if that has a name).” ‘Undercover’ is Union Jack and it.is.SUBLIME! Definitely looking forward to what both this label and Adam Banks have for us in the future.