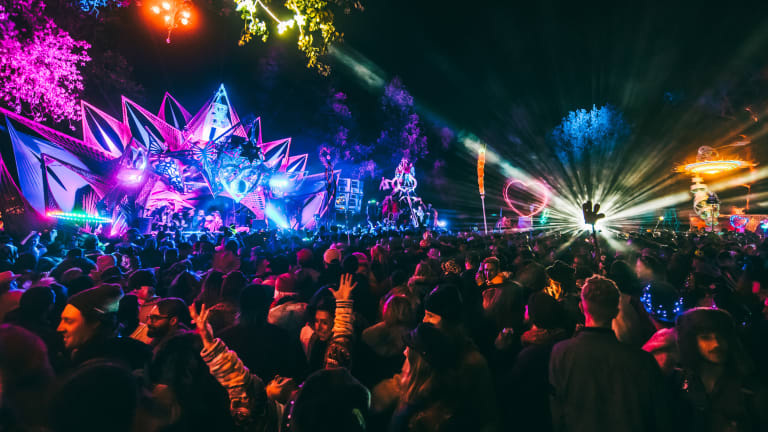 For its biggest event to date, the DH crew is recruiting its most wide reaching and eclectic lineup of all time. Leading the billing will be Detroit legend and Planet E boss Carl Craig, a creative visionary who has brought the Motor City sound to the world. Carl is joined by fellow Detroit icons, FXHE Records founder Omar-S alongside the soulful Kenny Larkin.

Through it all, Desert Hearts Festival has remained the beating heart of the movement, a portal into a utopian world crafted as much by the participants as the organizers. Today the DH crew has announced the lineup for its ten year anniversary at its new and improved venue, Lake Perris, California on April 28-May 2, 2022.

Leading the billing will be Detroit legend and Planet E boss Carl Craig, a creative visionary who has brought the Motor City sound to the world. Carl is joined by fellow Detroit icons, FXHE Records founder Omar-S alongside the soulful Kenny Larkin. Carl Craig is described as a creative visionary, an electronic music icon, an esteemed Grammy-nominated composer, a world-class DJ and an ambassador for his native Detroit. Yet the common thread that runs through Craig’s broad musical canon and creative projects is a resounding fascination with futurism. The prolific producer has cultivated a unique path as an artist, entrepreneur and civic leader, guided by his tendency toward forward thinking.

DH Fest 2022 also brings to bear some of international clubland’s most famed superstars like Robag Wruhme, known for his unconventional productions, eclectic full-lengths, and adventurous mix sets. A prolific, beloved member of the German techno community, Weimar-based producer/DJ Gabor Schablitzki is known for his steadily paced yet unconventional productions, his eclectic full-lengths, and his adventurous mix sets. He achieved recognition during the 2000s for his bountiful output of original tracks and remixes under several names, most notably Robag Wruhme and Wighnomy Brothers (a partnership with Sören Bodner). As Wruhme, he demonstrated his versatility with his 2004 debut full-length, Wuzzelbud “KK,” which ventured from techno into hip-hop and IDM. Continuing to release ambient techno full-lengths such as 2019’s Venq Tolep and more club-primed singles, he’s also displayed his prowess on the decks with mixes such as 2021’s Connecting the Dots.

Steeped in Miami’s B-boy culture, it was classic electro & Miami bass that conceived Danny Daze’s love for the experimental Dutch electro & Detroit Techno scenes of the 90’s. Labels like Schematic in Miami, Interdimensional Transmissions from Detroit & Viewlexx out of The Hague set the foundation for Daze

Anja Schneider is a DJ, producer, radio broadcaster, label boss, tireless creative force and mentor, renowned as one of the hardest working figures within the industry. With a new imprint Sous Music and a critically acclaimed new album ‘SoMe’ highlighting a typically inspired past 12 months, she hits 2018 entrenched as one of electronic music’s most vital artists.

Born in Oslo, her curiosity has taken her around the entire world, and eventually she ended up in Berlin. Although settled in this busy cultural city, her closeness with nature, the mountains, forest and the ocean is still a corner stone of her existence. A key motivation in her life is the discovery of new things, soaking up everything that makes her happy. This is probably a reason why she dives head first and with full force into new experiences, something you can recognize when you see her interacting with music. Music is one of her biggest passions, and this has spread out to every aspect in her life

The short-story version of Kim Ann Foxman’s trajectory is pretty simple: An island-born kid dreams of a life in clubland, hits the big city and, with a little bit of luck and a lot of hard work, emerges as one of dance music’s leading figures. A lifetime in clubbing has informed Kim Ann’s studio work as well, with her music—much of it coming out on her own Firehouse label—synthesizing the best elements of raw house, propulsive 303 material, emotive techno and even the occasional hint of trance into a hugely satisfying whole that lives somewhere between the weird and the wonderful. And then there’s her latest project, Pleasure Planet, which sees her teaming with Andrew Potter and Brian Hersey to add sparkling touches of extraterrestrial new wave to  the mix on her new sublabel, self:timer. It’s yet another twist in the continuing saga of Kim Ann Foxman—and, we’d wager, there are plenty more to come.

Music is made to be claimed by its listeners as their own. Connecting singular moments and feelings, it enables a collective tribe to lose itself in the moment. Township Rebellion is a collective creating music and experiences since 2012.

Defining yourself as a DJ is a lengthy process, it starts when you first become interested in music and stays with you throughout your career: fluid, flexible, tangible. For Yulia Niko, it began with buying ‘Western music’ from her local record store. Finally moving to Berlin, where she currently lives and works, Yulia refocused her attention and wrote another brace of tracks, two of which were picked up by Damien Lazarus’ Rebellion imprint. Now signed to some impressive top-tier labels, Yulia’s studio craft was being recognized by an ever-growing army of high profile admirers including Dennis Ferrer, Jamie Jones, Lee Foss, and many others who were playing and charting her music.

Oscar L is a point of reference in the Techno and Tech-House scene with more than 15 years of international career. His productions, characterized by a very personal sound that combines classic and peculiar influences at the same time, have reached the highest positions of the international sales charts, being played by the most iconic artists of the globe like Richie Hawtin, Adam Beyer, Marco Carola, Nicole Moudaber, Danny Tennaglia or Ilario Alicante to name a few. He has signed with the most prestigious record labels of the moment such Drumcode (Adam Beyer’s label), Knee Deep In Sound (Hot Since 82’s label), Stereo Productions (Chus & Ceballos’s label), Truesoul (Adam Beyer’s label), We Are The Brave (Alan Fitzpatrick’s label), 1605 (Umek’s label) among others are some of the biggest labels where you will find Oscar’s productions.

We Are All Desert Hearts