808 festival brings A State of Trance and Skrillex to Bangkok 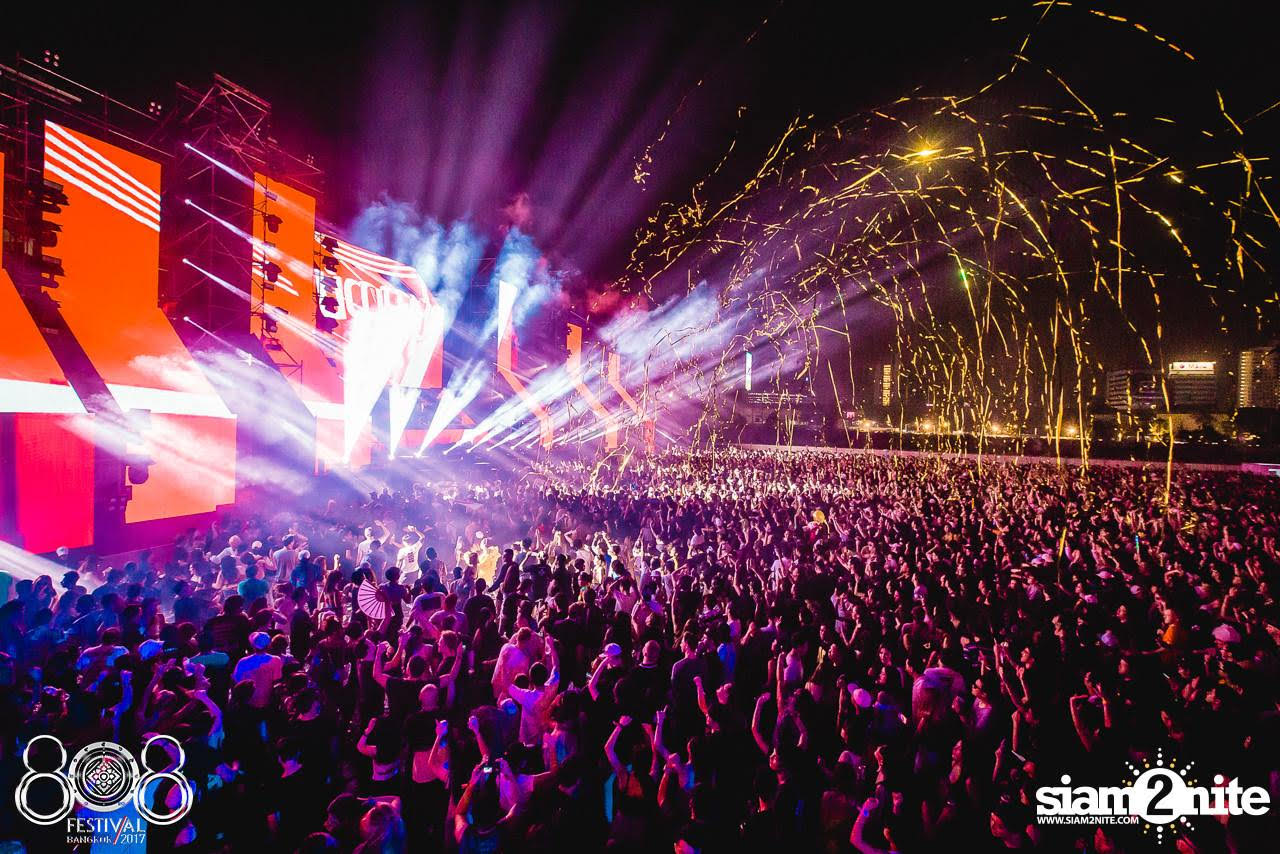 2018’s 808 Festival is set to be another essential event from 8th – 9th December at Live Park in Bangkok, Thailand and this year it brings the world famous A State of Trance brand to the region for the first time in a few years. Of course, the trance flag bearer Armin van Buuren heads up proceedings on day one of the festival with NWYR and Vini Vici, with global dance star Skrillex lining up on day two for his first and only show in South East Asia since his return from hiatus, with the likes of Thailand first timers REZZ, Troyboi and Whethan also playing.

808 Festival is always one of the most anticipated and spectacular festivals in Asia and truly drives the scene forwards each year with great production, immersive atmospheres and world-class bookings. This year will be no different as the bar is raised once again with some of the biggest names in the world.

Armin van Buuren is no stranger to 808 Festival having headlined the 2015 edition in Bangkok. What started out as his weekly radio show has turned into a massive recurring festival and tour around the world that offers a trance experience like no other. Celebrating the milestones of the radio show, founder and trance-legend Armin van Buuren will be on hand to play a special headline set on day one that is sure to blow away the crowd.

Also on the bill on day one will be Vini Vici, the psytrance duo with a unique sound who play all over the world and are often in DJ Mag’s Top 100 DJs poll. They have played all across the States, Asia, and Europe, with up to 200 shows a year in the dairy. A long list of collaborations with some of the world’s leading DJs pays testament to the powerful impact the Vini Vici sound has had on the global electronic music market. Armin Van Buuren, Dimitri Vegas & Like Mike, Steve Aoki, W&W, KSHMR, Astrix, Timmy Trumpet are just some of those. Completing day one’s line-up are big hitters NWYR aka the Dutch duo also known as W&W who focus on real trance with their NWYR project.

On day two, you can look forward to none other than Skrillex. In 2018 this mega star has collaborated with Missy Elliott and Poo Bear and over his career has won eight Grammy Awards and holds the world record for most Grammys won by an Electronic Dance Music artist. He works with labels like mau5tap and Atlantic and runs his own OWSLA. He is a titan of the scene who serve sup mesmerising sets of big room sounds from the worlds of house, progressive, electro and bass.

Joining him on day two will be Canadian DJ, new beat, dubstep and techno star REZZ, South East London star TroiBoy, who has worked with the likes of Flosstradamus and is one of the biggest new names in the game, and American Whethan, who gained recognition after his remix of the track “XE3” by Mssingno, which as of January 2018 has garnered over 10 million plays on SoundCloud, who will all be in Thailand for the first ever time and play day two of 808 Festival.

All this means 808 Festival once again breaks new musical ground in 2018 and is a leading event in the region.