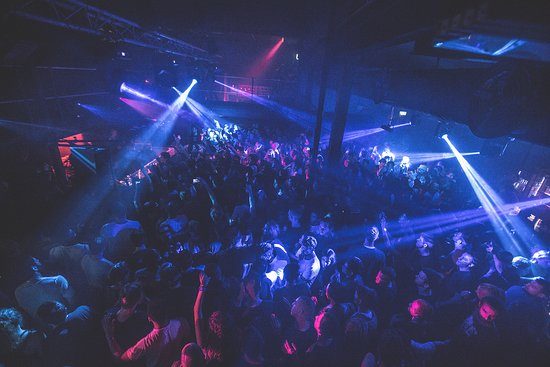 The Night Time Industries Association (NTIA), a trade body of nightclubs, bars, music and entertainment venues, has today urged the Government to provide a solution to the £2.5 billion rent crisis facing nightlife operators as a result of the Covid-19 pandemic.

Spiralling rent arrears, MPs have been warned, threatens to bankrupt 75% of commercial tenants in the sector following the ‘cliff edge’ end of the Government’s rent moratorium in July. Speaking yesterday to a panel of twenty parliamentarians in the All-Party Parliamentary Group for the Night Time Economy, the NTIA warned that this debt crisis requires immediate intervention from the Government and will, if not resolved, result in hundreds and thousands of job losses.

Today, in a written plea to Government, the trade body expressed frustration that postponing the issue with a short-term reprieve from evictions has been short-sighted and perfunctory, with no real understanding of the generational debt legacy wrought by Covid-19.
Large swathes of the nightlife sector have been closed since March 2020 with no meaningful opportunity to open and trade.

As a result, businesses have been unable to pay rental arrears, through no fault of their own, and have accrued considerable debts. While the Government put in place a moratorium on evictions in March 2020, this is due to expire on June 30th, and the prospect of repaying these debts, for most in the sector, is largely unattainable.

The letter contains the findings from a new survey of 360 corporate and SME businesses across the UK, which revealed the scale of the crisis. The survey found:

An inquiry by All-Party Parliamentary Group for the Night Time Economy earlier this year found that 72% of impacted businesses were over two quarters behind on payments, including over half of nightclubs, and 32% of live music venues now three quarters in arrears. As the UK Government prepares to remove the forfeiture moratorium, commercial landlords will once again be able to evict operators in the sector and this, the NTIA warn, will cost jobs and livelihoods, hamper the wider economy, and waste the public money spent on supporting these venues to date.

The NTIA has proposed a ‘shared burden’ solution which would see tenants, landlords and Government contribute towards rental arrears to avoid mass evictions and a race-to-the-bottom amongst prospective landlords for the leasing of premises, alongside an extension of protections to allow businesses to regenerate. The Ministry of Housing, Communities and Local Government have held a consultation on this issue but are yet to put forward any policy proposals.

“The pressure now is for UK Government to legislate on sector-specific rent arrears, unlike any other sector nightclubs have been prevented from legal operation since March 2020.” said Aaron Mellor, Tokyo Industries CEO who operators of 32 UK clubs, bars, and festivals, “Whilst, of course, we understand the public health reasons why, we can not be expected to take the full rent burden alone while receiving no income. Commercial leases already consider ‘suspension of rent’ clauses, where a property is not occupiable for insured or uninsured losses, this clause could be easily adapted by statute, a sharing of loss between landlord and tenant for the entire sectors onward protection. Mandatory 50% rent waivers for the effected period are needed. Codes of conduct do not work with institutional landlords.”

“The most frustrating part of this argument with Private Landlords regarding the rental arrears accrued I find is them being so short sighted.” said Michael Whealan from the Tollington Arms, London, “If they don’t come to the table to negotiate and continue using bullying tactics such as my Landlords are using, no tenant whatsoever will  put their neck further on the line, to go borrow finance to rebuild their businesses.“