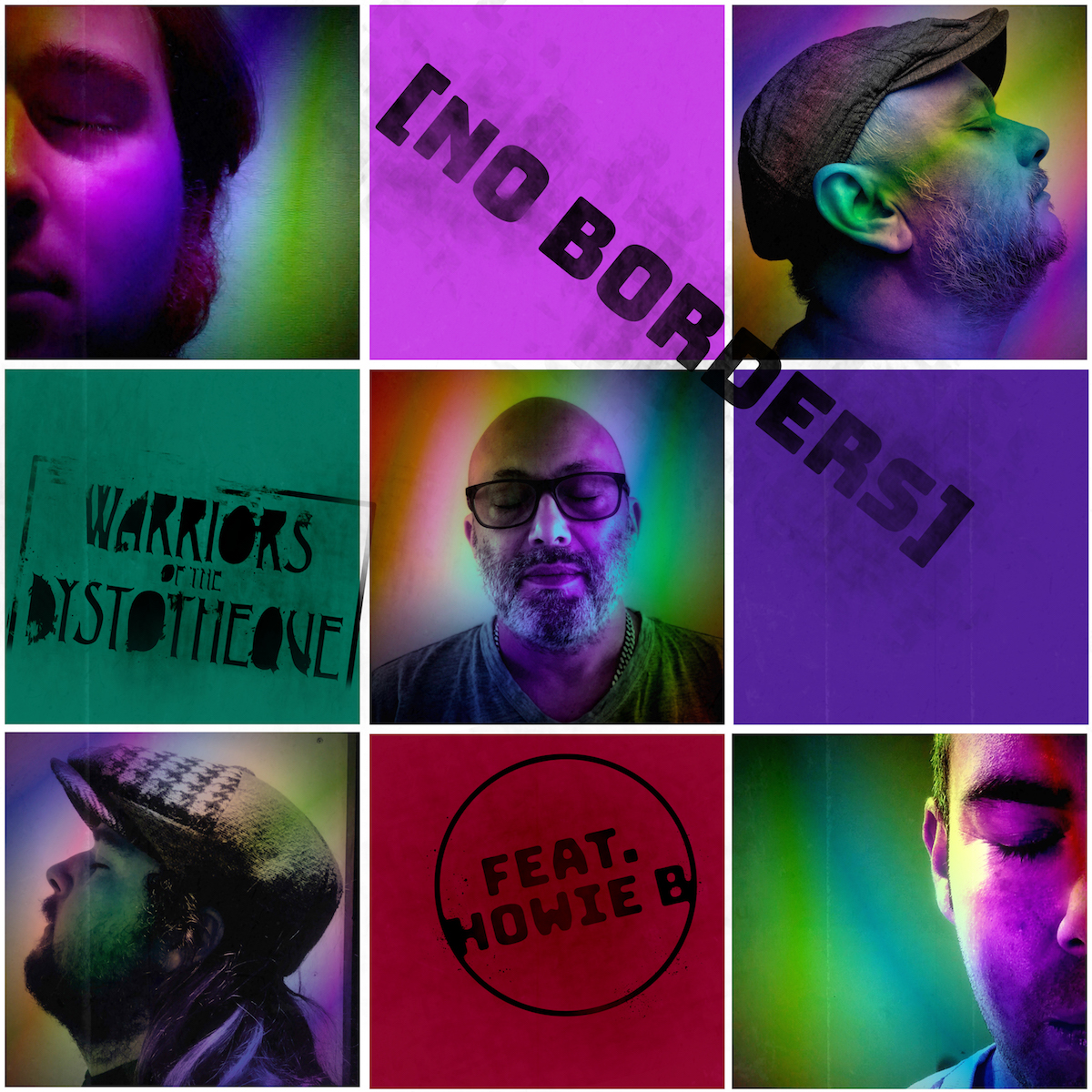 A new collaboration between Warriors of the Dystotheque and Howie B is set to be released this month exclusively on Bandcamp for free or with a donation to UK charity Black Minds Matter. Made entirely in isolation and mixed down over a couple of days, ‘No Borders’ is a deep, electronic jazz tune that will leave you feeling rather horizontal in the best of ways. An exhalation of air, a puff of smoke, tired but rallying, the boys marry funk, soul and jazz flavours together with bass heavy programming in a melting pot of camaraderie.

Warriors of the Dystotheque are a transatlantic group of DJs, Producers, Engineers and Musicians. Scattered across the globe, Jonny Mac is based in Derry, Ireland; Sean Graham in Coventry & Toulon, and The Brothers Nylon aka Mike and Nick Rufolo hail from New York City. Unique in that they’ve never all been in the same country at the same time throughout their recording and creating process, they consider themselves an ‘Anti-Social Network’ of musicians.

But their combined backgrounds have fed into a decade of touring gigs and collaborations with acclaimed artists from such bands as Orbital, The Prodigy, The Happy Mondays, Pop Will Eat Itself, EMF and Shawn Lee. So you could say that they were well equipped for the current climate’s creative confusion! Add legendary Scottish DJ, producer and creator Howie B (U2, Bjork, Soul II Soul) into the mix and you have the perfect pressure cooker for some stunning sounds.

In support of the Black Lives Matter movement and in response to the current fight for equality across the world, Warriors of the Dystotheque and Howie B would be donating 100% of the money made from this track to UK charity, Black Minds Matter who specialise in providing mental health support to the black community from finding a therapist to funds for treatments.

‘No Borders’ by WotD feat. Howie B goes on sale June 26th on Bandcamp.