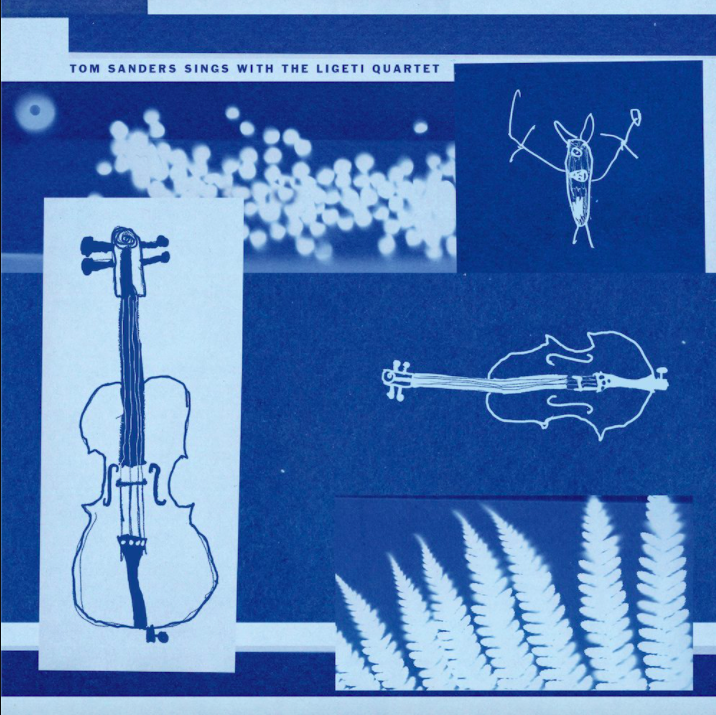 The EP sees the London-based four-piece reinterpret four tracks from Only Magic, Sanders’ acclaimed 2020 debut solo album. Things open with a majestic, grandiose version of ‘Baby All You’ve Got’, Sanders’ most recent single which quickly sets the tone. Next up is the quaint ‘Most Of The Time’, with this version accentuating the emotion and bursts of positivity that characterised the original, and ‘Distant Light’, which pairs Sanders’ hushed vocals with delicate instrumentation. Closing things out, ‘Lonesome High’ allows his brisk vocals to take centre stage amidst sparse strings. The B-side of the record is then made up of instrumental versions of the same four tracks.

“When the idea of this project was first floated, I was curious as to whether or not we’d be able to pull it off,” Sanders recalls. “I went back to listen to the songs and to see which ones might lend themselves well to a string quartet arrangement. Thankfully, many of the tracks were already quite simply arranged; I’d spent a long time simplifying the production and removing elements. I was introduced to Richard Jones from the Ligeti Quartet and we chatted a lot on the phone about how to go about which songs to choose and how the arrangements would work.

Richard Jones from the Ligeti Quartet adds: “I’ve been a fan of Teleman for years – I remember hearing their song Cristina when it first came out and it stayed with me for weeks. I kept needing to put it on for another listen.  Like a lot of their songs, it seems to get a really big impact out of small changes to the arrangement.  When I heard some songs from Tom’s album on the radio last year, I recognised the same thing – big songs through very economical means and detail.  When Stephen from Moshi Moshi suggested making an EP of string arrangements, I could immediately imagine how that would work: you wouldn’t need to take away very much in order to put the instrumentation into the four voices of the string quartet.”

Sanders’ solo work follows more than a decade fronting bands, most notably London indie outfit Teleman. The group released three seminal albums, drawing support from the likes of The Guardian and Drowned In Sound, also touring in support of Suede, Metronomy, Maxïmo Park, Kaiser Chiefs and Franz Ferdinand and performing at festivals such as Glastonbury, Green Man, End of the Road and Les Inrocks.

The ​Ligeti ​Quartet ​have ​been ​at ​the ​forefront ​of ​modern ​and ​contemporary ​music since ​their ​formation ​in ​2010. ​They ​have ​established ​a ​reputation ​as ​one ​of ​the ​UK’s leading ​ensembles, ​breaking ​new ​ground ​and playing at landmark venues including Carnegie Hall, Curtis Institute, Wigmore Hall, Purcell Room, Barbican Hall and Kings Place.

To find out more about Tom Sanders, go to: