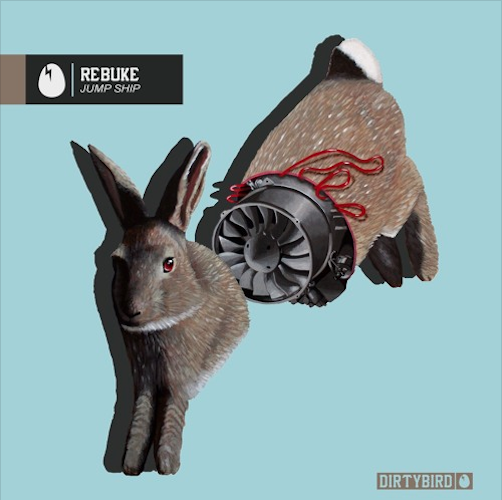 Rebūke stepped on the tech-house scene with one goal: originality. The Irish-born producer started making music because he felt bored with the “same-old” tech-house he was hearing. Only one year since his first release, Rebūke is already disrupting the industry and his new EP, Jump Ship, is a DIRTYBIRD release unlike any other.

The artist entices us to follow him through the jungle soundscape he emulates on the two-track EP. The opener, Jump Ship, immediately grabs our attention with a djembe drum take over, and varying beats per minute that force the listener to pause and think about what they’re hearing. It’s a high energy track, and the style is mirrored in the second song on the EP, called The Pipe. The ebb and flow of the flute-like synths on The Pipe again call the listener to pay attention and engage in a new experience.

Rebūke’s success is only just beginning, and the new EP’s departure from typical tech-house chalks up to be a major success. Give it a listen.