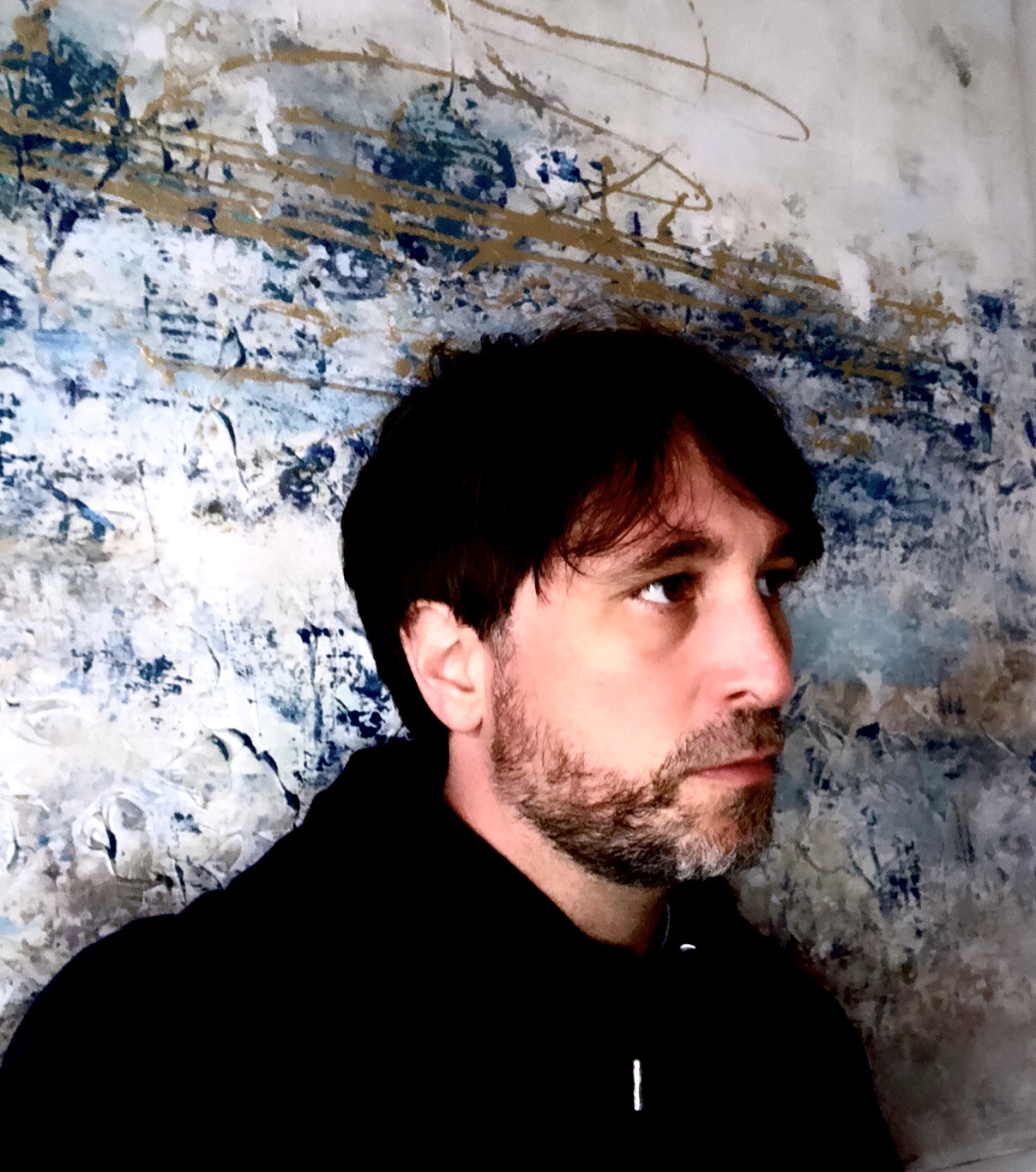 James Bright has been in sparkling form of late, delivering a steady stream of immaculately constructed and horizontally leaning productions throughout 2020, which included a pair of exceptional extended EPs ‘Betamax’, and ‘Zooniverse’. He’s previously released on benchmark labels including Nang, Café Del Mar, and Milk & Sugar, and his music has garnered fervent support from the likes of Sean Johnston, Bill Brewster, Severino, Tom Findlay, and Felix Dickinson, among many others. With a studio career that stretches back for over two decades, his work consistently encompasses a finely tuned sonic awareness and inspired ear for composition that helps set it apart from much of the proliferation of music released today. 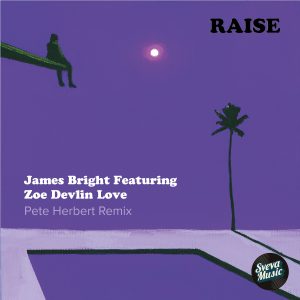 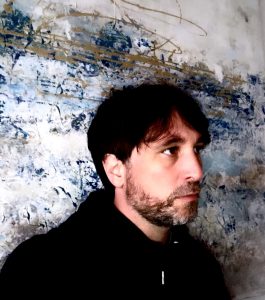 We love your new Raise EP ft Zoe Devlin Love. You’re known well for you Balearic productions. Is this a change of style for you on this EP?Thank you, I’m really glad you like it. I’d like to think that it’s still Balearic but I think collaborating with Zoe has given my sound a new twist for this Ep. I love writing with other people as you’re never quite sure what sound you’re going to create. Having said that I definitely had a vision for the track that would become “RAISE”. When I got the vocals back from Zoe she’d hit the nail squarely on the head.

What has James Bright been up to this last year? Lots of writing and remixing really. Being locked down this last year has really helped focus my creativity. I think it seems to have done for a lot of artists as there has been so much great material released recently.

Tell us a little about the label you are releasing on? Sveva Music is a brand new label, in fact this is the first release they have put out. It was started by my good friend Mark Lusty who I’ve been working closely with for years. He’s got some great releases lined up for it, so it’s one to keep your eye on.

Who is Zoe Devlin Love? What else has she done? I was put in touch with Zoe by Mark Lusty and I’m so glad I was. Zoe is an incredibly talented artist and such a joy to work with. She’s been in and around the music business since she was 14 when she recorded with reggae legend Prince Buster. At 17 she joined Alabama 3 as the female lead vocalist and spent 7 years recording and touring with them. She’s also gigged with Gaz Mayall’s “The Trojans” alongside members of the Wailers.

What did you release on Café Del Mar? I’ve featured on quite a few Café Del Mar compilations over the years. I think I’ve had over 20 appearances in different guises. The first was on Vol.7 as LUX, a collaboration with Afterlife’s Steve Miller.

Do you know the real story of Balearic? If you mean the ‘Balearic Story’ as in the sound pioneered by Alfredo, Jose Padilla et al then yes. Although you could say I was late to the party (more by age than anything) I’ve been writing and producing music that’s been played on the “White Isle” for over 20 years now.

Nice to have Pete Herbert on the EP. How did you approach him? I’ve been a big fan of Pete’s for years. When I DJ’d I used to play loads of Pete’s productions and remixes. Although we’ve been connected on social media and through mutual friends for a long time we’ve never actually met. Pete has been really supportive of my recent releases and being the fan of his I am, I couldn’t think of anyone better to ask to remix. I reached out to him through social media and luckily for me he liked the track and said he’d love to remix it.

Pete is known for his nu-disco edits.  How do you feel about disco? I love disco, what’s not to love. I’ve dabbled with the “Nu Disco” sound in the past and had a few tracks and remixes released on NANG RECORDS, I was even lucky enough to have the opportunity to remix the legendary Candi Staton.

What are you thoughts on edits? Do you think that some tracks should be left alone? Again, I’m a big fan of edits if done well. I used to play them a lot when playing out. Especially Todd Terje, Greg Wilson and Pete…

Is Spotify important to you as an artist?  How do you use it? As much as I hate to admit it I think Spotify is very important to artists. A big percentage of music is streamed these days so it can make up a big chunk of your income (an even bigger chunk if they paid as much as they should). It’s something I’m learning to use but having a good team behind you with the knowledge of how to fully take advantage of it is definitely very useful. Luckily with SVEVA MUSIC I have just that.

Do you think your fanbase are into Spotify or do you think it’s a different audience? I think it’s something people are learning or accepting that they have to embrace, all be it reluctantly.

The music landscape is constantly changing. What are the biggest changes you see over the last two years that affect how you put out music? I think the increasing popularity of streaming has been the biggest change of the last few years and like it or loathe it, it’s something we’re going to have to accept. The worldwide pandemic has only increased streaming as people haven’t been able to experience live music or DJ’s. As for how it’s affected how I release music, like a lot of artists, I think releasing singles and Ep’s rather than full albums has become relevant again. It’s important to have regular output to try and keep your streaming profiles busy and get a larger number of plays.

What’s your most favourite Balearic track of all time? Now that’s a tough question…… I don’t think I could ever pick a favourite but these are some important tracks to me:

Afterlife – Dub in ya Mind

Where is your favourite sunset? I’ve had some memorable one’s in Ibiza at Café del Mar and Café Mambo. I played my first ever sunset at Mambo so that will always be special to me. I guess these days my mushy side would say anywhere with my beautiful wife and daughter.

What the best bit of musical advice you’ve ever been given? Production wise “use your ears” they’re the most important tool you have, and “Stick to your guns”, find your own style, nurture and develop it.

If you weren’t making music, what do you think you’d be doing? I’m really not sure, I think I’d still be doing something creative. Maybe a chef, I love to cook.

What advice would you give to young producers trying to make it in the music world? Again “Use your ears and don’t rush” There’s no big secret to producing apart from learning to use the gear you have and listen, in fact, spend hours and hours listening, don’t be in a rush to finish something, and “Find your style”, don’t try and be the next big thing by copying what you think will sell.

What does James Bright have coming up next? I’m working on some new material with Zoe which will hopefully be out later in the year as well working with another vocalist. I’ve got another Ep coming out soon on Grant Williams’ Eclectics Label featuring remixes from Sean Johnston (Hardway Bros) and Woolfy which I’m very excited about. Also a remix for My Friend Dario on NuNorthern Soul, and a mix for the Mushrooms Project which should both be out very soon.