Mr. Absolutt – Rhythm Of The Night [SPA IN DISCO] 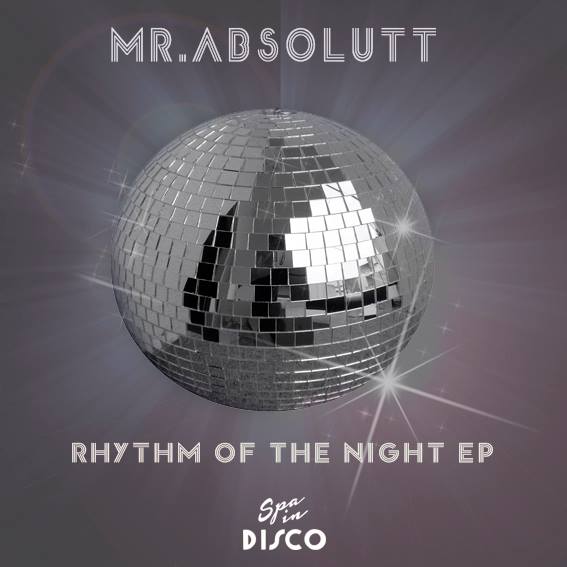 Sergio aka Mr. Absolutt, founder of the balearic nudisco imprint Pushing Hands, has been tremendously consistent with his top quality re-edits and productions releasing on labels like the mighty Midnight Riot Records in 2014. This month, just in time for you to get your holiday boogie-woogie on, Mr. Absolutt delivers four tracks for Spa In Disco, displaying his unique style and ability to chop up and re-assemble rare jams from the 70’s and 80’s cosmic funk era.

Spa In Disco featured an assortment of mixes and free edits from some of the best makers in the trade over the last few years before finally seeing their first official release in November from distinguished groove-worker Rayko, one of our previous LoveBath fillers. This December the Spanish crew are welcoming Mr. Absolutt for their second outing; the Rhythm Of The Night EP, and there is plenty to enjoy. Sergio offers a range of four very bright and uplifting re-edits that have just the right amount disco-heaviness for the seasons festivities. The melody, the spaced out augmented percussions, the OG vocal samplings, it’s all there. We are looking forward to the promising future of Mr. Absolutt and Spa In Disco as they continue to reconstruct euphoric dancefloor gems from some of the most joyous genres of all.