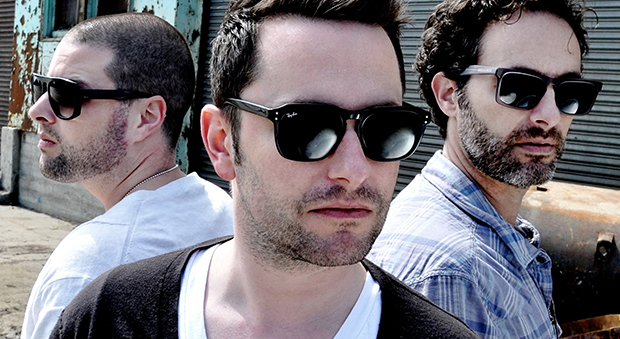 MFR are producers, DJs, and record label gurus. As artists their original tunes can be found in a bevy of top tier catalogues; including Life and Death, No.19 Music, Last Night On Earth, and Visionquest. Their 2011 mega tune “Forest Fires” on VQ launched MFR into stardom.

As DJs, the three have been invited to play on some the largest and well-respected stages in the game–stages that many would classify under their “Dream Gig” category; such as Circoloco at DC10, The BPM Festival, Coachella, and ADE. MFR’s DJ sets are notorious for being the standout of any line-up they’re apart of.

As record label owners, they’ve solidified My Favorite Robot Records as one of the industry’s premier independent outlets–known for releasing an eclectic spread of electronica, house and techno onto the airwaves. The count of influential artists on MFR Records’ roster is almost too numerous to list out, but we’ll give it a shot… Timo Maas, Tim Green, Nitin, Kenny Glasgow, Stefan Z, Eric Volta, Tiger Stripes, Inxec, John Tejada, Jori Hulkkonen, Tom Demac, and Ewan Pearson among others.

My Favorite Robot have been staple go-to purveyors that we’ve looked up to since we started the blog. Featuring them today is not only an honor but a dream come true. Enjoy MFR’s one hour mix and learn more about these studs in the interview below.

Interview with My Favorite Robot

How did you first get introduced to underground dance music? What is the most challenging part of becoming a full-time producer?
We got involved in the scene through the early Montreal underground back in the day.  The 90’s were a really cataclysmic time for electronic music and Montreal was at the forefront during those days and many people who we are inspired by today started in those days.

The biggest challenge of becoming a full time producer is constantly challenging yourself to think outside the box and to avoid getting caught up in trends of the moment and instead focusing on writing from the heart and making music that matters to you.

What has been the most exciting turning point of your career as MFR to date?
There have been many great turning points for us as MFR.  The single most important one would be the release of Forest Fires on Visionquest a while back that allowed us to start touring the world and developing our brand of music.  Other releases on great labels such as Life and Death, Sasha’s Last Night On Earth and our last album Atomic Age have also played a big role and are great milestones for us to this day.

Where is your home base? If someone were visiting there for the first time, what clubs and/or parties and/or restaurants would they want to check out?
We have 2 home bases really.  Toronto and Montreal.  Those two cities play a huge role in Canada’s electronic music scene and I’m sure most readers will already know the places to check out.  Toronto’s Parlour, Coda and Electric Island festival are definite destinations already so not much needs to be said.  Montreal has tons of great spots as well such as Datcha, Salon Daome and of course Stereo afterhours and the original Piknic Electronik, all of which are going strong as always.  Both cities are international culinary destinations so are very much worth exploring both for nightlife and restaurants.

What advice would you give to an aspiring producer?
The best advice for an aspiring producer would be to take the time to find your sound.  Don’t just make music to sound like whoever you look up to.  Every artist has a style and sound and it takes a while to develop and find it.  Don’t buy a bunch of gear at first.  Start simple and work on what comes out of you with minimal equipment.  Let mistakes happen.  They can be magic.

What’s on the horizon for MFR in 2016 and beyond?
Both the label and MFR act are rolling along as always.  2016 will see us play all over the globe with dates in Europe, South America, the US and beyond.  We also have a few new EP’s that we’re just finishing up so lots of original material will see the light of day this year and next.  We are also continuing to work with our core artists on the label so lots of goodies coming your way soon.

Who is your favorite robot?
Favorite Robot: Marvin the paranoid android from Hitchhiker’s Guide to the Galaxy, Voltron and the Roomba.

What are some touristy things you do while playing in a foreign city?
When we tour we always try to check out the cities we’re in and get a sense of the culture and how the people there live day to day.  It’s more exciting to try to blend into a new city rather than just do the tourist thing.

Dream gig…
As far as a dream gig goes I think we’ve achieved most of those. Being regulars at Circoloco at DC10 and many other top spots has really exceeded our expectations and made dreams become reality so our dreams these days are mostly of pizza and comfortable beds.

Name one of your go-to tracks…
Go to tracks these days: Gouge Away (Skinnerbox edit) – Pixies classic done right for the dancefloor. Magneto ( Kezokichi remix ) – Always gets the floor moving.

Tell us about your mix…
This mix is how we tend to play gigs.  Starts off heady and a bit trippy and ends up somewhere in the indy electronic bizarro world and then ends with more heartfelt tunes.  We enjoy mixes that sound like live DJ sets and a bit eclectic, where you can hear a bit of the work instead of some streamlined boring perfection so we hope everyone enjoys this one as it’s definitely out there a bit.

Drink of choice…
Micheladas all the way and everyday!