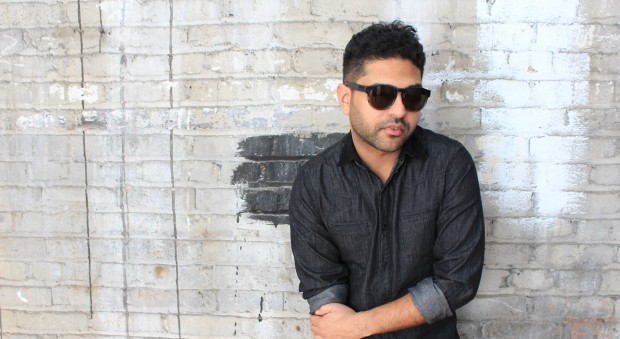 We’ve been buddies with this Nitin character for a few years now, and one thing we can tell you is that he is one of the hardest working guys in the underground music scene. As co-label boss of the Canadian based imprint, No.19, a music producer, DJ and as marketing boss/talent buyer for the famed BPM Festival. Nitin’s roots run deep in this scene. He’s literally involved in all aspects of the underground music scene. It seems increasingly evident the more artists we interview, that if you want to make it in this industry, a good way to do that is to diversify your endeavors.

Nitin is certainly one of a kind as you will see from our exclusive interview and mix from the man himself. We asked him questions about the label, BPM and his hometown of Toronto.

Tell us the story of No.19. How and when did the label get its start? What have been some the greatest challenges you’ve faced along the way? What is one milestone moment that stands out to you as the most pivotal over the past 6 years?

No.19 started 6 years ago. The initial idea and concept for the label came from Jonny White to have an outlet to release music from our crew. We were already working together djing and throwing parties so naturally I partnered with him on this venture. The core artists were Teeloo, Kenny and Jonny and myself. We were also releasing music from our other friends from all over the world. Soon enough we had artists on the label that we had been hugely influenced by over the years.

There’s been a lot of hurdles along the way, but more than anything it has been a learning experience on how to do things better and more efficiently. Its been a journey turning this project, that was more about the passion for music, into a business.

What restaurant would you recommend to a good friend visiting Toronto?

There are so many great restaurants here it’s hard to recommend just one, but I would have to say the Carbon Bar is one of my favourites now. I can’ get enough of the brisket there! It’s a southern style place. It was so good I named a song after it.

Are there any local DJs/producers in Toronto that you would classify as a hometown hero? Who is throwing the cool party?

Toronto has lots of great DJs. Nathan Barato, who is blowing up internationally right now, is definitely a guy a lot of people, including myself, consider a hometown hero. As far as promoters, Platform is definitely throwing some of the cooler events in the city. I play for them regularly at Coda Nightclub, which is definitely the best club in the city in my opinion.

What is your role in regards to The BPM Festival in Playa Del Carmen? Tell us the story through your eyes…

I’ve been a part of the festival since its inception. It was almost 10 years ago that the idea for the festival came about. It was always meant to be a retreat (after the holiday madness) for music and bar industry people to unwind and have their own fun. It’s grown exponentially since year 1, which consisted of 7 day events and 7 night events. We are now doing 80 + events in 10 days. I’ve continued my role with the marketing of the festival and as a talent buyer.

What events are you most looking forward to this January at BPM? Give us the scoop on No.19’s Social Experiment…

There are so many events happening that I don’t want to miss. I’m definitely looking forward to all the events at Blue Venado. We have 5 events this year, Innervisons, Life & Death, Paradise, Loco Dice’s Used and Abused party and No.19 Social Experiment. It’s one of my favourite venues we use.

The both have their own charm. Tulum is a great place to get away and have a more chill experience, whereas Playa is much busier with lots of shopping and restaurants. That being said, Tulum has its share of great restaurants as well.

What exciting releases and collaborations are in the works for you and for No.19 in 2015?

I have my EP coming out in February on No.19, which is long overdue. We have lots of other surprises coming up in the new year, which we will be announcing in soon.

If you could go back in time — what piece of advice would you give to a younger and less experienced Nitin aspiring to find his place in the music business?

I would definitely say spend time learning the ropes in the studio. It’s an ongoing process of learning, which will never end. I’ve just now stared to really understand…

Hmmm that changes from day to day…usually I’m a beer guy..