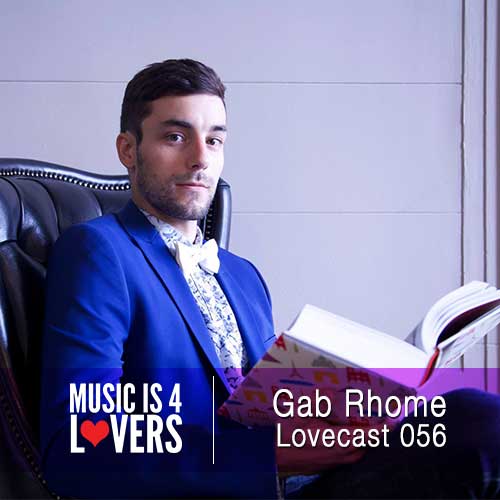 Gab Rhome is first and foremost a music producer in the house scene recognized for his melodies and lush soundscapes. A musician since the age of 6, he has a deep knowledge of music theory, skills he now applies to create a story in his tracks. He aims to bring his listeners on a journey, a decadent affair.  As a dj, he understands his audience with his sensitive side and builds a hypnotic set.  One of the more respected producers in the scene, besides working on his own projects, Gab has worked in the studio with and helped produced some of the biggest artists in the industry whose names we will not mention.

The man who conquered your heart with his soft hands, lush melodies and ravishing bow-ties. Gab first grabbed our attention in late 2012 with his hit for Supplement Facts.  When we first heard that tune, we knew he was a special producer and would bring a new and unique sound to the scene.  Since then, Gab has released on some of the more forward thinking labels:  Supernature, All Day I Dream, Last Night On Earth, etc…  His gorgeous sound can instantly be identified and we know that this aspiring producer will be in it for the long haul.  We are elated to release this next Lovecast from Gab Rhome and know you will enjoy this mix as much as we do!