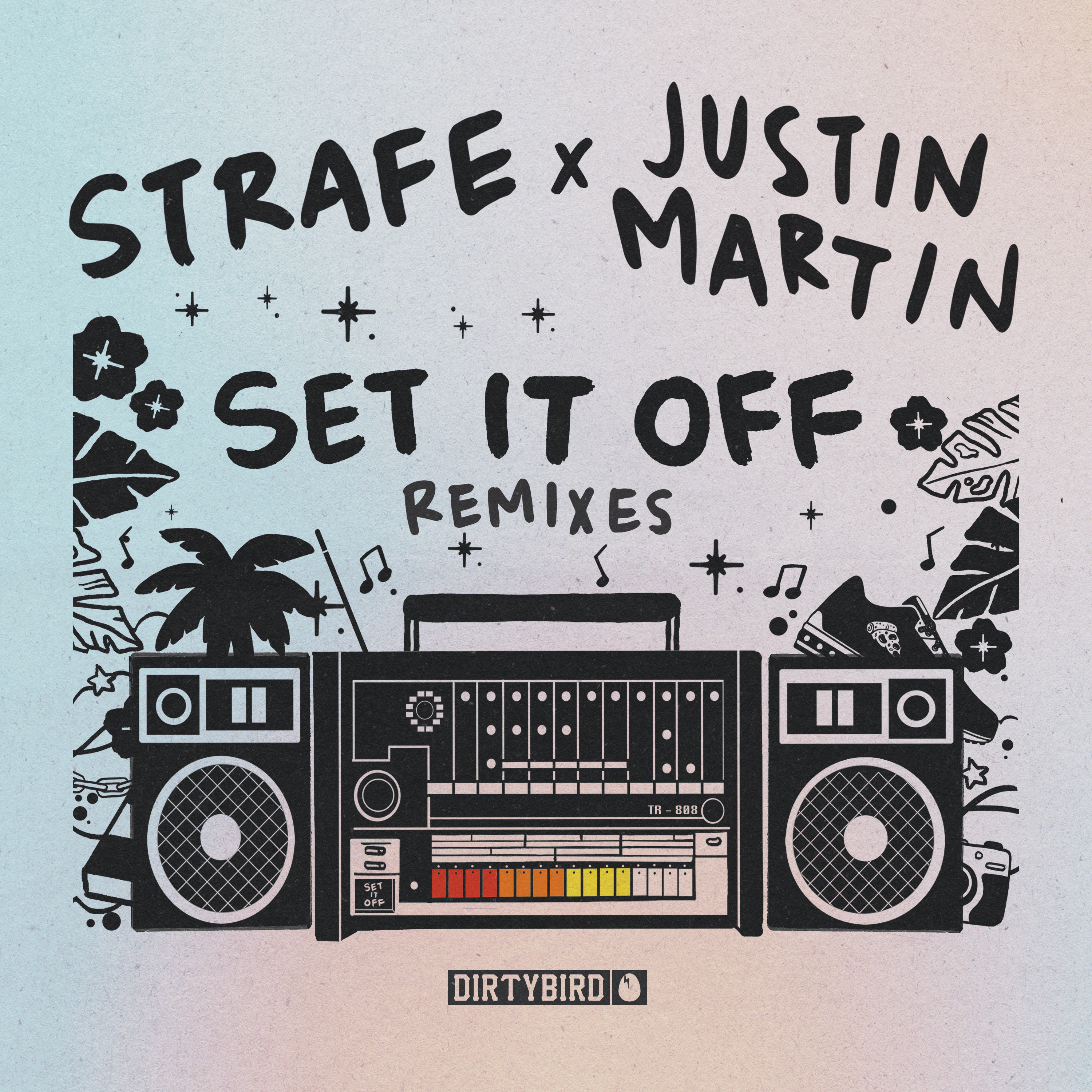 Justin Martin is here to help you “Set It Off” all week long. Originally written by Strafe, “Set It Off” has been labeled by Billboard as one of the most sampled songs of all time, with usage by Jennifer Lopez, 50 Cent, and more. However, Justin Martin’s contribution to the hallowed halls of “Set It Off” fame is particularly special; not only is he the first dance music talent to be granted the rights to the tune, but he’s also the first artist to earn the title of “Official Remixer.”

The remix package, released on DIRTYBIRD, comes with two distinctive remixes of the iconic classic. The first is a breaks mix, which fits well into the retro vibe of the original and is equally as infectious as the original. This particular mix has been an ID in Justin’s sets for a couple years now, earning rabid fan following while also being the cut that caught Strafe’s attention in the first place.

Martin follows up his breaks rendition with a piece more fit for the dancefloors he normally fills: a “Party Starter Remix.” Grounded in a tech house foundation with fewer vocals, it proves to be a fiery hit in the making that is adaptable to any listening environment. Ultimately, however, both renditions are fit for getting your party on, and show off Justin’s passion for educating his fans on music history.