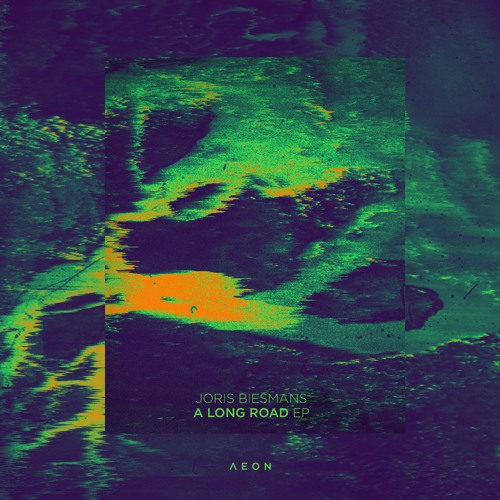 AEON, the ever evolving imprint from Alex Niggemann, continues to push musical boundaries with its second release of 2019 from the Belgium-born, Berlin-based Joris Biesmans.

Nie Te Doen has an element of inquisition to it. A bumpy Indie Dance number with a broken beat. It builds steadily as the energy within it rises. Biemans explains that the track was born “after playing some open air festivals in the summertime. For me this track has a very specific and positive energy”. The aptly named lead track A Long Road with its upbeat bounce, melodic synths and mesmerizing breakdown, first came to be fourteen years ago. Mushroom Cloud takes the EP down a darker path. It’s grittier than the preceding tracks. Building with fire into a forceful beat, it charges ahead. Of the track Joris says “it’s a bit less happy. Throughout the track you have the feeling you that you have walked through a dark place” . The EP closes with Piramides. I t’s dreamy with an air of euphoria, ambient with a glimmer of hope – the calm after the storm. “The name ‘Piramides’ is derived from the fact that the core idea is built around pyramid shaped arpeggios.”

Joris Biesmans’ skills as a producer and DJ have seen him showcase his sounds worldwide, taking in Thailand, Tokyo, Glasgow and Lisbon amongst others. Biesmans’ love for analogue saw him set up his own label, TVe Recordings in 2016 with the aim to provide “an escape from the overload of digital culture”. The label has seen him work with notable names including Man Power, Aera and Lord Of The Isles. In 2017 he signed to John Digweed’s hugely influential Bedrock imprint and 2018’s vinyl-only release on Rhythm Cult shot to the number one spot in the German Techno charts. In 2019, Biesmans shows no signs of slowing down . He recently released on Jennifer Cardini’s highly regarded Correspondant label with another release imminent as well as providing music for Rebirth, and Future Disco.

We had a chat with Joris recently about his release, and what’s going on in his world. Check it out below.

A Long Road EP is out now, via AEON AUDIO.

Hi Joris, thanks for chatting with us! First off, tell us a bit about yourself. How long have you been producing/DJing?

What was the inspiration and creative process behind A Long Road?

Well that’s quite varied! A Long Road is a track I made 14-15 years ago. I played it a lot back then but it never got released so I decided to do a new version. As for the other tracks, I’d like to divide the EP into 2 parts. A long road and Nie Te Doen are both more uplifting party tracks for me whereas Piramides and Mushroom cloud are going down a different path. When I was making Mushroom Cloud, I had war in my head and wanted to paint with dark colors (when an atom bomb explodes, it leaves a… Mushroom Cloud behind) Piramides is building up after destruction; it’s giving hope after sad times.

I love to work with machines! I’m a huge fan of vintage stuff so you can find classics like MS 20, Juno 106, Korg Poly 800, TR 606, etc. Also many analogue effects can be found and I used to build my own synthesizers so there are also 2 DIY modulars

What is some advice you’d give to up-and-coming producers?

Make music because you like it, not because you HAVE to I guess. Otherwise it makes very little sense.

What are your top tracks at the moment?