Marseille based DJ and producer Matt Sassari has continuously proven himself by putting out tracks that combine techno and tech-house in an unique style. With releases on notable labels such as Carl Cox’s Intec, Christian Smith’s Tronic, Relief and Terminal M, Matt Sassari is now affiliated with some of the most established techno labels around. We had a chance to interview him about how he got his start as a DJ and what it means to return to Toronto’s beloved venue, CODA Nightclub this Saturday, April 13th!

Can you tell me about how got your start as a producer?

I started to listen electronic music when I was very young and I was really curious about how to make music. So I bought Ableton Live when I was 14 years old and so the story began…(haha)

My references were Carlo Lio and Ron Costa. I always liked their groovy sound and punchy techno and that is what I like to play and produce.

Tech-House and Techno as constantly debated as different sub-genres of electronic music. How do you define them and what moved you to blend them together?

I used to listen House music since the beginning and I found techno a few years later. When I started to produce, I tried to combine house with techno to make something different and unique.

You are from Marseille in the South of France, a small town where EDM may not necessarily have the space to thrive. How do you as an artist adapt in an environment like that?

Yes, it’s true, I don’t play a lot in Marseille because there are not many underground clubs and I played 2 to 3 shows by years which is fine.

You started your own record label Panterre Musique which features up-and-coming techno artists. What is the ethos behind your label and do you have any events planned for it in the future?

There is not really an ethos. What’s most important is the music and as long as I like the tracks, I’ll release them on Panterre Musique. Me and my team are planning a few Panterre Musique’s showcase’s for 2019/2020.

After playing in Toronto last year and now making your return this month, how would you describe the techno scene in Toronto compared to Europe?

I’m really looking forward to come back to Toronto and play at CODA, as for me, it is one of the best clubs in world. I’m also thankful to my Toronto fans, as they have always been supporting me from the beginning of my career.

It’s going to be an epic night! 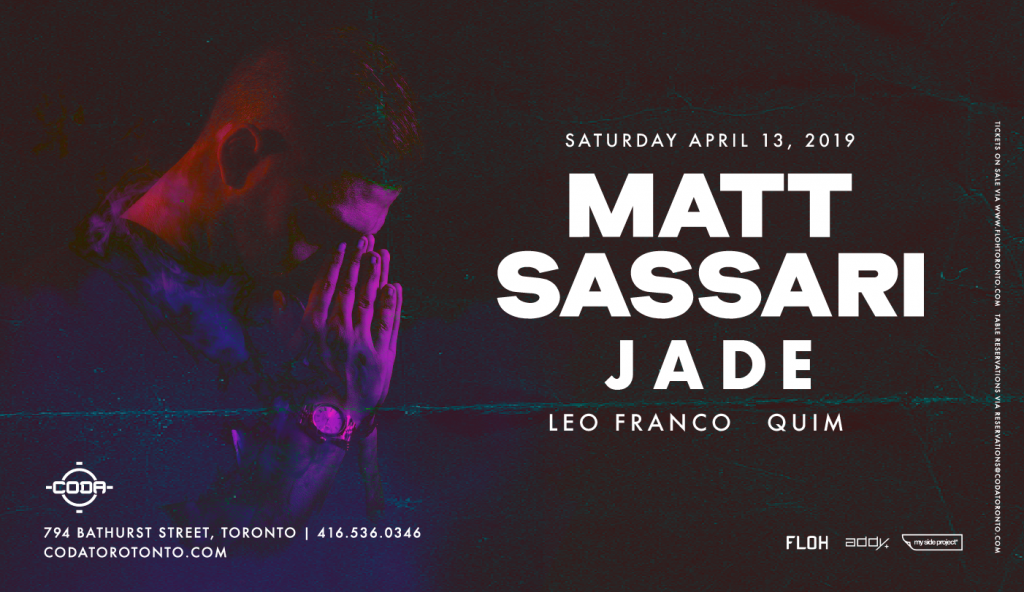