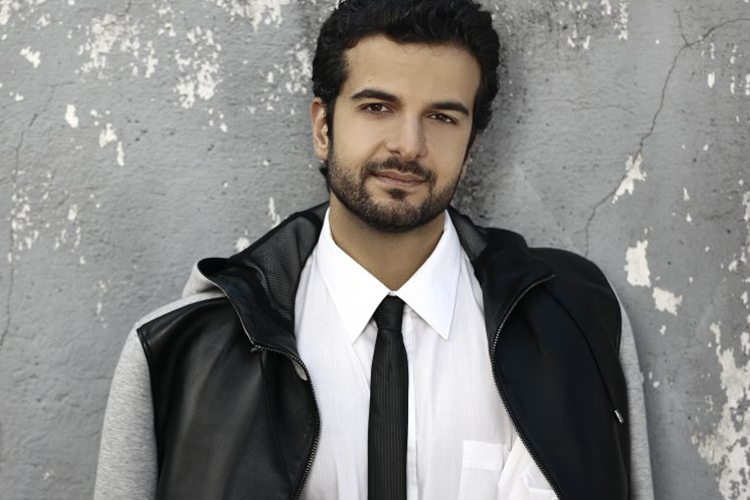 We have the pleasure of speaking with one of Brazil’s finest exports and infamous Warung resident Boghosian to celebrate his latest EP on Warung Recoedings! Having been awarded ‘Best DJ in Brazil’ three times in a row, Boghosian’s powess in the studio and behind the decks in not to be reckoned with!

How are you, what’s good, what’s bad in your life right now?
Great mate! Thanks! I am currently recovering from a crazy beginning to 2018 and Carnival, can’t complain!

What is it like as resident at Warung? What makes the club so special?
I’ve been a resident at Warung for 10 years now and it’s been a spectacular journey. Since the first time I played there, I felt at home. Warung is one of those one of a kind places. It’s hard to explain for someone who hasn’t been there. It’s a setup where all the elements come together beautifully: the people, the music, the atmosphere, the architecture. It’s a temple for electronic music in the middle of nature, in front of the beach where the sun rises facing the DJ. It’s my favourite place in the world to play records.

What is your job as resident? Do you play different every night? Anyone you really like warming up for?
I believe residents have two main jobs. The first one is to be part in building the musical identity of the club and disseminating/sharing this identity with the public, and the second is creating a flow for the evening, finding the right vibe, according to your knowledge and feeling of the crowd, and who is playing after you. In Warung I have warmed up for many of the DJs I most admire, and I also get to play long sets and peaktime slots. In the last couple of months, I played five hours inside warming up for Laurent Garnier (one of my childhood idols), and a 3 hour peak hour set before Black Coffee closed the Garden during Carnival (one of the busiest nights in the year). I am one of those old school djs who learned DJing from open to close, creating stories with a beginning, middle and end, which makes me quite versatile. I do play different depending on the occasion and who is playing after me, but staying true to my musical identity. You can hear the recording of my warmup for Laurent Garnier on Warung Wave’s soundcloud.

What tunes really work there, are there any classics really associated with the club?
One of the beautiful things about Warung is there is no formula. I mean, I’ve seen the crowd going mental with Soul Clap playing Romanthony’s Bring You Up, Laurent Garnier with “Man with the Red Face Live” at 7am, Sasha playing Xpander, Dubfire dropping his remix of Grindhouse to complete exstasy, and the list goes on. Warung is a very democratic club, they have progressive nights with Hernan, Guy J, Sasha, more techno nights with Ben Klock, Marcel and Nina, and sometimes it can get housier with Seth, Apollonia, and even Arpiar. Having said that, my personal classic for Warung is Basement Jaxx – Flylife Xtra.

Do you make tunes with the club in mind? Are they designed to be heard there?
Yes, absolutely. I like to say that our experiences shape up our musical identity and basically who we are. So, I think it is inevitable to do music with the club in mind. I mean, I like to produce whatever I feel at the moment, so sometimes I can do very deep records that are not necessarily aimed at the dancefloor, but most of them are. It’s an amazing feeling to start something at the studio, finish it up and then watch the result on the dancefloor. When thinking of Warung, I aim for a hipnotic, mysterious and ethereal vibe.

Tell us about your new one, Balaka. What inspired it? What gear did you use?
So Balaka was originally released in 2011 on Cecille Numbers. I love using afro, latin, world music hooks on my music (for more of that listen to my album with Andre Torquato for Osunlade’s Yoruba records), and in this case I sampled a record with a choir of kids. The original was not 4/4 so there was a lot of sample editing to do. But the melody really touches my soul. It is one of the favorite records I’ve produced, and although it’s 7 years old now and it’s got a lot to do with the current Burning Man and Tulum, kind of ethnic vibe. So I wanted to get the artists involved in these settings to have their take on Balaka, and I also wanted to make my own new version of it. So I asked Nick Curly and Marc Scholl and they kindly told me to go ahead. I thought Blondish and Hauy were the perfect fit for the remixes.

In terms of gear, I like to use sample based and organic recorded drums which are then blended and programmed on a NI Maschine, all the synths/pads in this project were done using Reaktor Blocks which is like a modular soft synth, and for the bassline I used a hardware Novation Bass Station II. The project was then mixed on Andre Salata’s studio.

How do you like the remixes? Is it interesting to hear other people remix your work?
I love the remixes. Hauy’s remix is precious, there are so many details and nuances, it gave me goosebumps. He later told me the project had more than 60 channels.  Blondish’s remix is a dancefloor bomb, I absolutely love the way they use organic percussive sounds together with dark synths which blend perfectly with the voices.

What is the Brazil scene like right now? Is there an underground, do people care about stuff other than EDM?
I believe what happens in the scene is cyclical, we are currently recovering from an awful moment 3-4 years ago when Vegas style EDM was dominating the scene, and now proper house and techno are becoming more mainstream. Most of the good music still goes on in a small number of very good clubs like Warung, Beehive, Amazon, Vibe, Laroc and D-Edge, cool underground monthly warehouse style parties like Colours, Gop Tun, ODD, Levels, etc, and yearly festivals like Warung Day Festival, DGTL, Dekmantel… The scene is definitely evolving yet there is still a long way to go. All in all, I believe the last couple of years have been great with many local talents appearing, and many excellent international guests touring as well. There is also this Brazilian Bass scene which I prefer not to comment about, because it is really not my thing.

And what does it feel like to be one of the most prominent names in that scene?
Thanks for that! I’m just doing my own thing, playing the music I believe in, and that is the reason I have been in evidence here in Brazil for more than a decade. I try to stay away from the hype, I believe in building solid and mature artist careers, not short term fabricated products.

What else are you working on/have you got coming up?
Loads of new music, I’ve finally found a flow at the studio and have a lot of new music which I will begin to find the right labels for releasing.