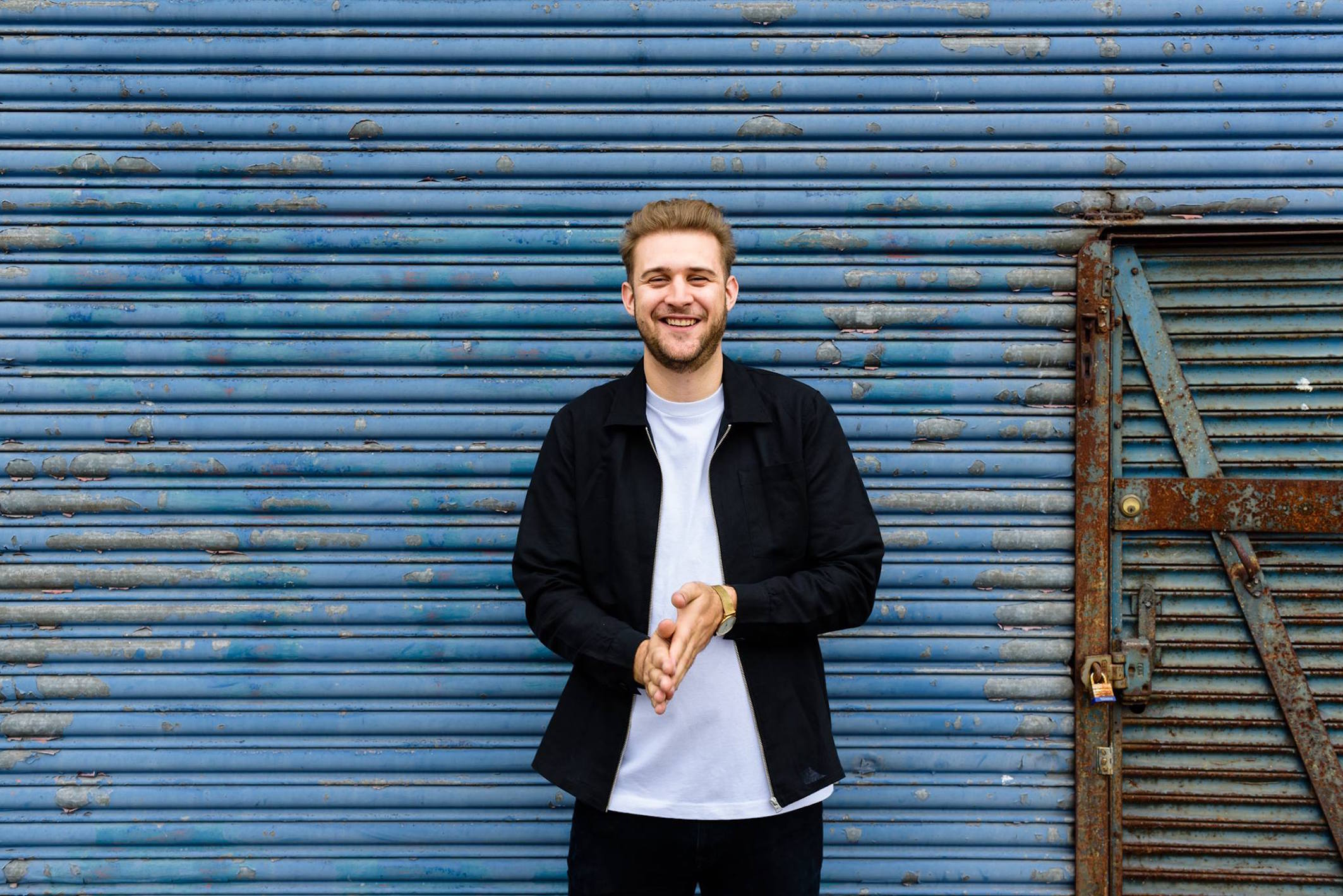 We speak with none other than The Golden Boy! The Birmingham based producer is signed to both Elrow and Hot Creations and has been a hot topic for some time now. We find out more about his influences, his musical upbringing and his favourite records right now…

Hi Dominic, pleasure speaking with you. How are you?
Great thanks! Just finished setting my new studio up so currently working on some new music!

What is the story behind The Golden Boy? Where did the name come from?
I’ve Been making music for years to no prevail and the golden boy project seemed to connect! So stuck at it and I’m here now! The name comes from a piece of street art in brum which I used to walk past every day! Bit of a long story but I thought it would be a cool name to use for a project

Can you tell us bit about your track ’Street Right’ coming up on Elrow? How did you come to release with the label?
I’ve been a big fan of the Elrow parties for a while now in Ibiza as they bring a little something different to a dark and dingy club. Kinda what I’m all about really. We sent the guys the track and they loved it and wanted to use it for the comp! Easy as that!!

How would you describe your sound to people who are unaware of you currently?
Weird and wonderful tribal and throwback house, disco & techno music

Were you always musical growing up? What inspired you to make electronic music?
I’m just a huge music fan all round. Played in bands which we wrote our own music of different genres when I was younger. Always had a passion for the electronic side of music but It wasn’t until I went to university where I found ‘rave’ music. That’s where I found myself writing music of a electronic nature (most of which was terrible may I add)

How does it feel to have had so much support form such great artists over the past years?
I’m really grateful to anyone who plays my music wether it’s someone huge like Annie Mac or an upcoming artist like Jacky. Makes all those hours sat in the studio worthwhile.

What equipment do you use to produce your sound?
I have a 21” iMac, Logic Pro x, pair of Adam a7xs and a pair of Studio headphones. I’m taking a less is more approach to music at the moment so limited plugins and plenty of raw audio files

Do you take a different approach when it comes to playing gigs?
Like I said before I try and play across the board genre wise. Keeping it underground but accessible. I tend to play a lot of older house tracks as they fit so well into my sets

What’s your favourite club that you have played in?
Stealth Nottingham always is a special place to play but that main room at XOYO will take some beating!

What is your favourite destination to travel?
Budapest is incredible but I think Rome tips it just because I love their food and culture.

What artists would you say you take influence from?
I love artists like Todd terry and Armand van Holden as they were pioneers in our scene and love the way they use samples. New artists such as eats everything & Patrick topping are major influences to me as their DJ sets and songs have a real strong character to them that you can instantly tell is theirs.

What does the future hold for The Golden Boy? Any further ambitions or goals yet to achieve?
I want to play WHP at some point over the next 2 years. That’s been a big goal for me for a while now. Other than that everyday that I’m doing this I’m achieving goals!!