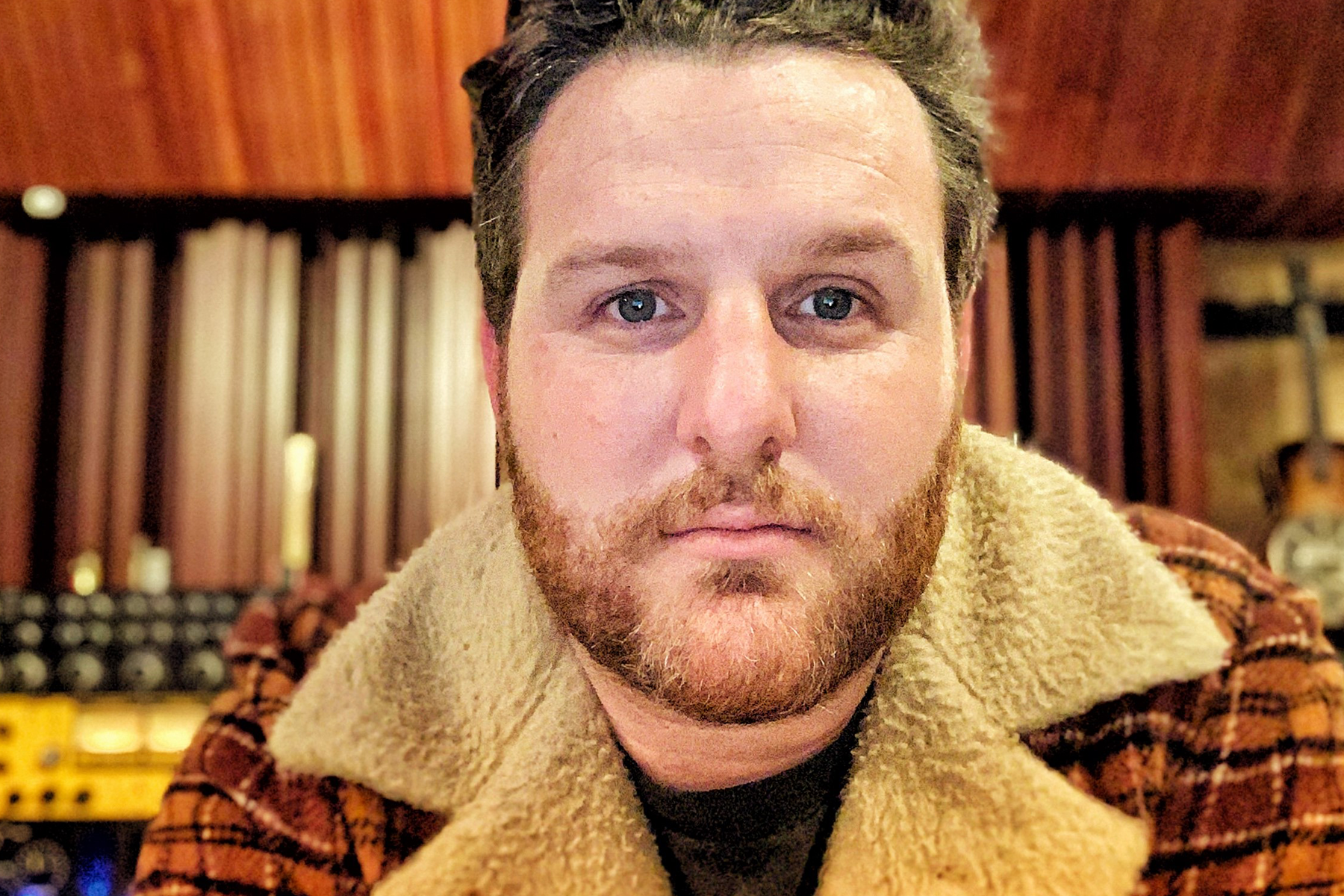 TEMPLE is a solo project from Adelaide based artist Ben Smith. Ben has spent the last decade running a record label, playing in bands, touring Australia and playing at festivals including Rainbow Serpent, WOMADelaide, Wide Open Space and Strawberry Fields Festival to name a few.

Throughout this time Ben has been working on solo material, while writing and producing records for other people. It’s now finally time to share his musings with the world.

We were given a chance to sync up with Temple and learn more about the man behind the music, and the making of his latest release on Black Riot. 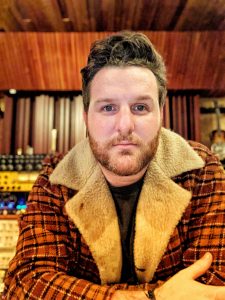 1.) Can you tell us a little bit about yourself, just who is Temple?

My real name is Ben Smith. I’m a solo artist from Adelaide, Australia, a multi-instrumentalist (meaning I play a lot of instruments badly or as well as required… hahahaha). I first started playing drums and percussion at age 12 and have played in several bands ranging from jazz, punk to psych rock through to the last band I was in which was a live band playing techno with traditional instruments. I also DJ and have been playing and collecting records for the better part of 15 years.

2.) Tell us about this new release on Black Riot?

It’s a collection of music that has been written over the last 10 years and has only been finished off within the last couple of years. I’m influenced by a lot of musical genres and I guess I’ve been experimenting and trying to find how to combine all of those influences to create the music I hear in my head. The selection of tracks on this EP are me exploring different genres that are similar, but not the same. The Woman with the Pink Lips, for example, is a tongue in cheek nod to Laurent Garnier’s The Man with the Red Face and it’s more techno focused compared to Dr. Ban, which has a more disco slant while Get It is somewhere in the middle. To be honest Get It is the first track that I started to feel like I was beginning to cross genres and was getting close to creating some of what I was hearing in my head. No Goal was really just a track I made for me; as a reminder that there’s nowhere to get.

I mean my earliest musical influence is kind of embarrassing, but was funnily enough Enya’s Orinoco Flow (aka Sail Away). Apparently when I was a kid (maybe 2 or 3) I used to call it “dig and delve” and I remember asking for it to be played all the time. I’d like to say that it was this that shaped my penchant for electronic music but who knows if that’s accurate. After that it was Michael Jackson’s History double gold CD. I was about 8 years old and would sit by the home Sony stereo and listen to that on repeat for hours, day after day.

But my most relevant and later musical influences are:

The reason I chose the artists above are how I feel they skirt genres and pull from different worlds to create something new and exciting. Metro Area was the first real example that I heard of this. I was listening to a lot of techno and disco at the time, it was the early 2000’s and I always wanted them to be together in my mind and then I heard Metro Area and was like fuck, they’ve done it!! Cobblestone Jazz, I mean it’s in the name… techno and Jazz and Linkwood always finds new ways of smashing worlds together with tracks like the one above, or another example is Fudge Boogie that I think Fudge Fingas is playing keys on. Also there’s other artists like Floating Points with Vacuum Boogie, pretty much all the Nords (Prins Thomas, Lindstrom Todd etc.) I could go on forever here really…

4.) Please tell us about the electronic scene in Adelaide. What artists do you love past and present that have inspired and encouraged you and what parties that you love going to have helped your musical evolution.

Adelaide has had roots in Techno culture since not long after its inception. With artists like HMC (aka Late Nite Tuff Guy) and Juice records paving the way for a vibrant techno culture to breed. Some other notable exports from Adelaide are DJ Bold, The Carter Bros, SURAHN/Sidwho?, The Swiss, Luke Million, Donnie Sloan, Inkswel, Oisima and pop super star Sia. Most of the aforementioned I have been influenced by in some way.

When I started working at Sugar nightclub (an Adelaide underground culture institution) as a glassie (age 18) I was lucky enough to be there when HMC started playing music again after several years hiatus and I would sit by the DJ booth and watch him play in my break every Friday night for a good couple of years. The same with Surahn and DJ Sanji (not mentioned above). I would sit there and annoy them for hours asking them “what’s this track, what’s this track?” and they would graciously always tell me. They were both a massive influence in my taste of music and Sanji is still probably the greatest DJ I’ve ever seen play. Also Sia and my cousin were in a relationship, until my cousin passed away. So I guess seeing all of these artists come out of Adelaide was a massive inspiration to show that it was possible to live in a small city in Australia and reach a global audience.

5.) It says in the release notes you suffered ‘crippling anxiety of not finishing songs and sharing them with the world’ How did you did you manage to over comer that?

I had a really unhealthy creative prosses for years. It was the worst. I would spend way too much time on one song, completing version after version, until it sounded nothing like the original. I would read books or watch youtube tutorials to try and find the “correct” ways to do things. Like compression or eq, which one do you put first, how to mic things up, how to write good basslines etc. And I would spend ages doing this. I even got a diploma in audio engineering thinking that this would help. I just couldn’t figure it out, despite all of my learning and searching.

(To clarify, none of the above works, just write the song period. Show up, write the track, rinse and repeat. Everything is secondary to the song, I wish I learned that sooner.)

So I started looking in other areas and did some personal development stuff and a couple of courses specific to music and the creative process. One was with Mike Monday and the other was with Tee Mango. They were both great and started to unlock healthier creative workflows. I’d highly recommend them both to anyone struggling to not finish music.

Also a couple of books that changed my life in this area are Bounce by Matthew Syed and The War of Art by Steven Pressfield. Suggested reading for ANYONE  wanting to do ANYTHING in life. Honestly, both game changers.

6.) How have you been keeping busy during lockdown?

I’ve been lucky enough to still have a job during this time. I work at a youth focused community centre with 3 recording studios and a live music venue which I manage. So it was super hard at the start of lockdown to call up a bunch of event staff and bands to tell them that gigs had been cancelled and therefore their income/livelihood. This made me so grateful to still have employment, so I doubled down and applied for a bunch of grants that we were successful in getting, which meant that I could take the live gigs that we would normally do and adapt them to an online audience, meaning I could re employ staff once again to make the digital shows happen and pay artists.

Also during this time I started to reach out to a couple of labels (Midnight Riot/Black Riot included) to see if they’d be interested in releasing any of my music. To my amazement, I heard back from 2 out of the 4 labels I reached out to and I heard back from Andy (Black Riot) within a day saying he wanted to release my music. I truly couldn’t believe it. My rationale was to make the most of a time where DJ’s/label owners around the world could not playing shows (myself included) and hope that they might be home to check their emails… it worked.

7.) What else can we expect from Temple over the next year?

Well the other label I heard back from was Internasjonal, run by label manager Ivaylo and owned by one of my musical hero’s Prins Thomas. They’re currently busy putting together my EP due for release late this year/early next year 2021. I have a couple of collaborations I’m currently working on and I’m also putting the finishing touches on my third EP.