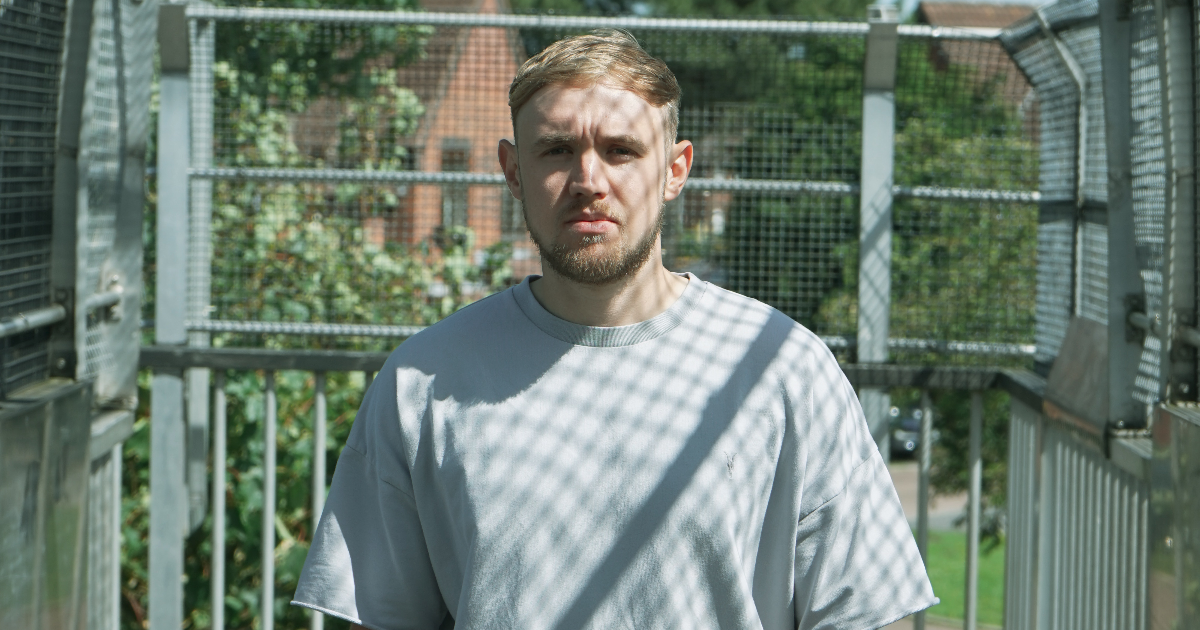 Chris Brooks is a name we’ve seen appearing all over the underground minimal/deep tech scene over the last 12 months. With releases on Unnamed & Unknown, Innocent , Pure Enjoyment and most recently Bassel Darwish’s Distance, we caught up with the talented Cheshire based producer to talk all things music.

Hi Chris, thanks for taking the time to join us. It’s been good to watch you progressing through the scene over the last 12 months.  What’s the motivation that keeps you heading towards your goals?

Hello, thank you for your time as well, I think the main thing that keeps me motivated are the small wins you get along the way, Whether that be an artist playing your track or positive feedback. Along with this, the fact the clubs are reopening soon is just extra motivation to make as much music as possible now.

DJ, producer, A&R and you also have your own podcast series. What’s your favourite aspect of what you do musically and why?

A year ago I would have said DJ’ing but when you get things right in the studio, it is just as satisfying as playing out. I’m also loving the A+R work I’m doing for Black Seven Music. It’s a role I didn’t know too much about before BRODYR approached me but I’m really enjoying it and meeting loads of really good producers/DJ’s along the way, who have since become friends.

Tell us a little bit about the journey over the last year or so? How have you grown and what were the biggest turning points that pushed your career forward?

A big turning point for me strangely enough was lockdown, it allowed me extra time to focus on production. I feel like I have learnt more in the last year than I probably did in the 3 or 4 years before that. Another big turning point was signing my first release to Ole Records. It was a big moment as it gave me the confidence I probably didn’t have before in my own productions.

Your latest release ‘Don’t Look’ dropped this week on Distance. How did this come about and what made you choose this label?

I remember having a conversation about 18 months ago with a friend of mine before I’d ever released a track and saying that I would love to release on Distance, It’s a label that I have always bought music from and I’m a massive fan of Bassel Darwish. I’m really pleased with the support the EP has got, it had a play on Stefano Noferini’s club edition and was also chosen as BRODYR’s tracks of the week for Black Seven Music.

The scene is going through a really difficult stage in its life cycle at present. What are you doing to stay mentally upbeat and positive in your day to day?

In general I’m a relatively positive person anyway so I’ve just spent more time on things that I didn’t have the time for before, along with this I have worked the whole way through the pandemic so weekday life hasn’t changed too much. Having said that, I can’t wait for events to be back on and to hear some bass haha.

I watch a lot of football and also the lockdown as given me a slight Warzone addiction.

I would have to go with Hot Since 82, he is one of the main reasons I got into the scene in the first place, along with that he seems like a cool guy so it would probably be a good laugh in the studio with him.

I would probably say for one just keep going, producing can sometimes be a bit disheartening at times when things aren’t going right but if you keep going then things will click eventually, also get feedback from people who are experienced in production, it will help massively.

I have a few more releases lined up so far on Kubbo, ReShape Black, And Dance and another with Unnamed and Unknown. I’ve also got a few more things in the pipeline but they will be announced further down the line.