Hometown Heroes: The Rev from Albuquerque 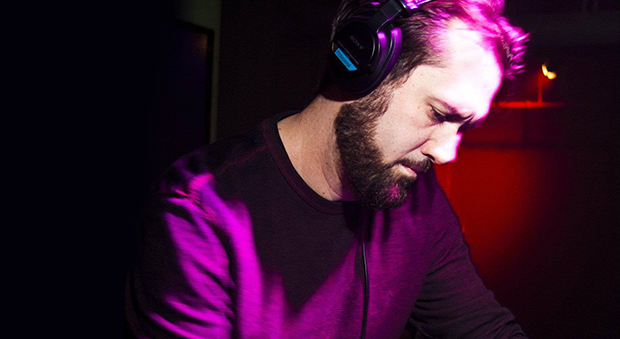 Timm Reynolds aka Reverend Mitton, or affectionately referred to as ‘The Rev’ from the New Mexican locals; has stamped his funky grooves upon dance floors for more then 20 years. Known for his infamous outdoor sunrise sets, extreme knowledge, experience, and an over all love for House Music, he has been a staple in shaping the community around him. With some major projects in his future, we are more than pleased to interview him and have his exclusive mix added onto our Hometown Heroes line- up.

Hometown Heroes: The Rev from Albuquerque

Interview with The Rev

Thank you for taking the time to chat with us.
Of course! I’m honored to do it.

When did you get into House Music and at what point did you decide you wanted to DJ?
Wanting to DJ came before finding House Music. When I was a kid, my older brothers used to buy records all the time. Usually it was popular rock and pop stuff. When I got old enough to have a little money, I started buying records too, but I wanted different stuff. Long story short, I ended up with a bunch of Hip-Hop and Miami Bass records. When I was 12, a school friend’s older brother had some DJs at their house. I ran home and got my little stack of records and they started mixing them. At that moment I knew what I wanted to do. I kept buying records with any money I had and at 16 I bought 2 terrible Technics 1700 belt-drives and a Numark mixer. A year later I started going to some of the first Raves in Austin. There was all kinds of crazy music that I had never heard or considered before, but what I ended up gravitating towards was House. The summer before I left for college I got my 1200s. By that time I was able to mix both Hip-Hop and House, and I was playing each about half the time. Once I got to Albuquerque I started playing House (and other electronic genres) more and more.

When people think of New Mexico they think of Breaking Bad, Green Chile and the Desert. In a few short words describe the scene and what sets it apart?
We’re a pretty close-knit community. We don’t have a huge population base, so support for electronic music can be hard to find sometimes. A lot of people don’t support only one genre of music. Some of my HouseHead friends support DnB and Techno shows, and those crowds show up to support our stuff too. Another great thing about New Mexico is that all of the people putting on shows are homegrown. Some are like me, DJs who wanted an outlet and built their own following, and others are people who are trying to bring in touring acts and grow the scene from a promoter’s viewpoint. The bottom line is, there is no corporate presence here, so what you get is a genuine reflection of what people here want to dance to. Finally, the outdoor underground parties that we have are something really special. It’s much more like a campout with friends rather than a festival vibe. These outdoor parties have been going on for 20 years here now, and people get really serious about their preparation.

What events or projects can we see on your horizon?
I’ve been working in my studio a lot the past few months. I did a remix of Terry Vernixx’s track “Tight Skies” for Endemic Digital that is coming out March 7th. Bobby Breezy and I co-wrote a song under our Gorm Council pseudonym project called “Back Home” featuring a vocal by the incredibly talented Nica Brooke. That’s going to be out later this year on Doin’ Work Records. Also, I’ll be launching a label later this year called Depths Of Heaven. It will feature House Music from local New Mexico artists as well as national and international people. It will be an outlet for music I make under my Tech/Bass House moniker Quedabra and some of my deeper, funkier Reverend Mitton originals.

As for events, the crew I work with called The Power of 8 is bringing out Jonn Hawley from Milwaukee on March 4th to Sister Bar. We will be looking to bring more out-of-town talent throughout the year.  I’m also working with DJ Beufie on a monthly at Effex called We Are House featuring local and national talent, and I’m lining up dates for the spring and summer at Stereo Bar.

Memorable gigs and Dream Gig?
I’ve played so many amazing shows over the years. Opening for Derrick Carter for 2.5 hours back in 2000 was awe inspiring. Playing in a baseball stadium with a stage just over 2nd base in El Paso for thousands of people was awesome as well. The most memorable ones for me are always the sunrise sets at outdoor shows. It’s always a great feeling bringing the party back down from a chaotic place and landing safely back on earth with some Funky House. The best of those morning sets was Junebug 2005. I worked hard with Grant Burke to fulfill his vision for that particular show. I had waited for years to be able to play the sunrise, so I played a lot of music that was special to my heart. I feel like everyone there was connected by the music in a very unique way that morning. People still talk to me about it over 10 years later. My dream gig would be to play a sunrise set at some of the larger camp-out style festivals that have sprung up over the years across the country.

Analog or Digital?
Both. I played on vinyl for a very long time, but I prefer the ease and accessibility of digital now.

What is your go-to tune?
It depends on my mood. My favorite House record ever is a Derrick Carter track under his Tone Theory guise called “Limbo Of Vanished Possibilities” but it isn’t proper for all situations. Another all-time favorite is the Daft Punk remix of i:Cube’s  tune “Disco Cubism”. What I will say is that I have a go-to feeling, and that is Funky. Whether it’s deep, techy, jazzy, or soulful, I’m gonna make it Funky!

Tell us about your mix, what was your inspiration behind it?
For the mix I just wanted to put together something that showcases the many facets of House that I like to play these days. There’s a bit of everything really. Some fun bouncy moments followed by some driving bass-heavy stuff topped off with some Hip-House and, as always, FUNK!

Drink of choice…
I don’t discriminate against any class of beverage, but I do love a whiskey and ginger ale chased with a Jagerbomb.