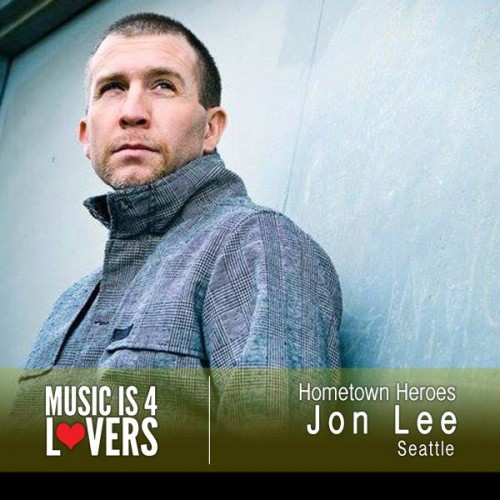 DJing Since 1994 Jon has been establishing himself in the U.S. and Canadian house music scenes. Back in 1996, He founded Concepts Records, which became one of the front running sources for dance music in the northwest part of the U.S.. In that same year, He also helped establish Vinylized, an 18+ club that helped cement him as one of the Northwest’s favorite DJs. After selling Concepts in 1999, Jon along with partner Brent Laurence started Tilted Records, a prominent west coast house label which has over 30 releases by artists such as Wesley Holmes, Dj Ali, Miguel Migs, Marques Wyatt, Julias Papp, Jay J, and many others. Since then, Jon’s DJ Career has been in full swing. He has been in the studio as of late making some new music with Corey Baker out of the NY, Simon Houser as “Lee Houser”, and Josh Quest, under their Westside Legacy moniker. Current releases of Jon Lee’s are featured on such labels as Dance Lab Recordings, Tilted Records, Redhanded Records, Cubic Digital, Celestial Records, Filter Music Records, Temple Music Group, FTC, Kiko Records, Black Bug, hi-life records, Blue Orb Records, MIDI Life Records, Tonspur Records, Mad Hatter White, Mexa Records, Hot-N-Heavy Recordings, Viva! Recordings, Laifis Happ-y Recordings, Short Fuse Recordings, Om Records, Proper Slap and Anadamide Records.

I am from Seattle originally. My musical upbringing was basically quite simple, I got Lots of exposure to old disco and r&b from my mother and older sister who were constantly listening to 12″s and the radio.
Can you tell us how you got mixed up in this crazy world of electronic music?
I got mixed up in this crazy world of electronic music by going to raves in the early 90’s. I had a friend (J. Quest) that was a Dj here in Seattle. One night I went to watch him and fell in love with the vibe and music and wanted to be a part of it. I started buying records and trying to dj. The rest is history.
Can you tell us a little about the city you live in now and the scene there?
Seattle is a truly unique place geographically and culturally. We have a very rich artist community and great music scene. We have so many talented producers and dj’s here and finally the scene is getting the recognition it deserves from the international dance community.
Seattle is known for Decibel Fest, can you tell us a little about it and its connection to the city and you?
Decibel is a festival that was started in Seattle 11 years ago now by local Artist Sean Horton. It has really grown into a world renowned annual gathering with one of the best lineups in the world. It keeps gaining exposure and has been instrumental in putting Seattle on the international map as far as dance music is concerned. i am grateful for the attention Seattle is now receiving because of it. People are starting to take us seriously now.
Who are some of your favorite producers/labels right now?
Some of my favorite producers right now are Alex Arnout, Miguel Puente, Corey Baker, Joyce Muniz, Hector Cuoto, Andre Salmon, and Sonny Fodera. Some of the Labels I am feeling are Akbal Music, Dilate, Touch Of Class, Exploited etc.
What advice would you give to aspiring producers?
The advice I would give to upcoming producers is to just be yourself! Don’t compromise what you are about to try to fit a mold. Make what you want to make. Make what inspires you. Also find one or more mentors to learn from and never be afraid to experiment musically.
Can you tell us a little about this mix?
This mix is a a good representation of the varied styles of house music that I enjoy playing. Some current favs, as well as a few tunes my friends have made that I wanted to share. I just love to mix all styles of house music and not pigeon hole my sound as a dj and I hope this mix shows that.
September 09, 2014 By Sand