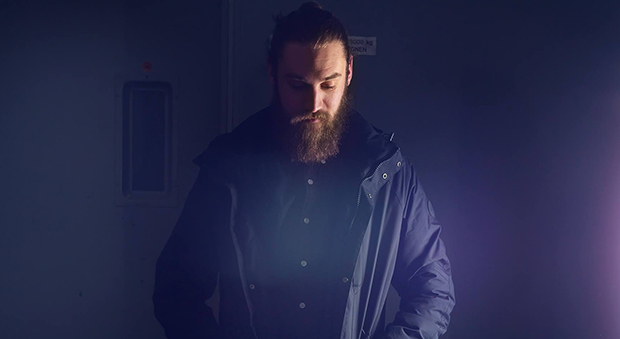 * CLICK HERE if you do not see SoundCloud link.

How did you get into electronic music and Djing? Is there a specific moment of inspiration that you can remember?
I started to listen to electronic music at the age of about 11. I visited my cousin and he gave me a mixtape from the loveparade in Germany. This was back in 1997, with music from Westbam and Dr. Motte. On the way back home, I listened the tape over and over again. That’s when I discovered my passion. As I was 14, I bought two turntables and started Djing at home. Over the years I switched equipment, improved my techniques, performed different genres and became more and more professional.

Tell us about the music scene in Munich. What sets it apart and makes it special?
The electronic music scene within Munich has grown immensely over the past 10 years. Many clubs have moved to the city center, focusing on electronic music. Of course, the music style is strongly influenced from Berlin and many of their artists perform here regularly.

It is, however, very nice to see that more and more projects are being tackled and many DJs from Munich are gaining more and more recognition outside the city limits. The music sound in Munich is currently a bit harder than our Berliner colleagues, but parallel to this, there is also an interesting development in direction Downtempo. There is a lot of potential in this city and I am very excited about the future.

Who are your favorite fellow DJ’s?
I don’t really have favorite DJ’s. I rather enjoy different music styles and techniques and I’m also always excited about new sets. Furthermore, my taste is an ongoing progress.

At the moment, I listen to sets from Luca Bacchetti, Joris Voorn, Third Son and Peter Dundov.

What does the future hold for you, for the rest of 2017 & beyond?
I am really looking forward to upcoming gigs in and around munich, such as Harry Klein, Rote Sonne and Bahnwaerter Thiel. And of course, there is more to come

Any projects or shows we should know about?
Since 2015, I’ve been working on a podcast series named “NachtEin.TagAus” together with my fellow DJ’s LauterBach, CHRISOKO and Fineschliff. With this project, we try to support the regional DJ scene, and feature exclusive Freetracks and Sets.

What is your dream gig?
There are a couple of venues I’s like to play. Definitely Kater Blau, Fusion Festival and Burning Man.

Tell us about your mix…
The idea of the mix was to create a dark atmosphere which gains in pace and smoothly ends. I had a picture in mind, like entering a forest in the night (which can be very stressful), and finding I way out. The tracklist mainly bases on deep house, gradually increasing in the direction of techno.