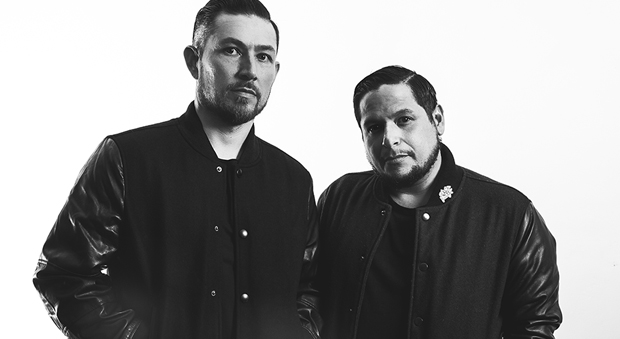 A pair of house music Heroes hail in America’s Finest City–San Diego, California. Alex and Jeremiah, aka Boys Don’t Disco, have over 40 years combined experience behind the decks and a kindred friendship that seemingly goes untested.

Boys Don’t Disco are currently resident DJs for San Diego’s premier electronic music festival, CRSSD–having played on stage with some of the biggest names in the game. The two also run a stellar record label called Late Night Jackin Recordings with longtime friend Paul Najera. The groovy jams released on LNJ are always the housiest tracks in our collection. Check them out!

BDD are two of the most genuine peeps in the San Diego dance music community. We’re excited to add them to our Hometown Heroes roster. Learn more about the dup in the interview below.

How did you get into dance music and DJing?
Alex: My first exposure to dance music was when I was in JR High, A friend of mine was listening to a Doc Martin Mix Tape he had taken from his older brother. I asked to borrow it, I took it home dubbed it on my dads dual cassette player. I would listen to it over and over, and from that my Love for House Music was born! The Djing part came to play in my high school years.

Jeremiah: The first time I was exposed to dance music was from in 7th grade. My older cousin was a rebel which was basically a techno greaser, a rock-a-billy if they listened to techno in the barrio. I remember going to his house and catching him doing all these aggressive dance moves while listening to a DJ DAN mixtape. I was like what the FUCK is this!!!! This is amazing!!!! Hooked ever since.

Do you remember a specific moment of inspiration or was it an evolution?
A: I believe it was an evolution. Growing up my father used to play a lot of 70’s and 80’s Dance, Soul, and Funk music. That set the foundation for my musical preference. When I started to experiment with DJing I actually started playing 90’s underground hip hop. Thats when Jeremiah and I first met, together with our friend Jose we would share a pair of turntables, Mixer and Records. We would get together on the weekends at Jeremiah’s Mom’s backyard shed and spend all night working on scratching and mixing. Flash forward a couple of years we started to get in to the SD/LA Rave scene. We got exposed to now House Masters Mark Farina, Derek Carter, Roy Davis Jr to name a few. And from there on we’ve been House heads for Life.

J: It was definitely evolution that was always there lol, around Jr High era I had gotten a mixer for Christmas and 1 turntable. My mom gave me her old records which were The Clash, Queen, Prince, Blondie to name a few. Anyway that’s where Alex came in we had a mutual friend that/inspiring DJ Jose Red, I remember Alex coming up to me at school saying “Hey I heard you just got a Gemini Skratchmaster for Christmas?”

I was Ummm how do you know that? All worried because 7th grade growing up in the barrio you are paranoid about everything!

Then he said “Hey my dad just gave me his turntable and all his disco records and 45’s.”

I was like oh shit! I have one turntable also you want to come over later? We set up shop in my Mom’s garage and spent all summer mixing and sneaking out to LA raves, I think the specific inspiration for me was when Alex and I saw ROY DAVIS Jr. play in LA for the first time at this LA underground. his style of blending Techno, Soulful sexy shit into booty Chicago bangers blew my fucking mind!!! It made me realize there were no rules to this genre ya know what I mean?

Describe the scene in San Diego in five words or less…
A: Vibrant, Dynamic, Evolving and Diverse

What parties, clubs and restaurants would you recommend?
A: Definitely recommend CRSSD Fest. From the amazing venue to the diversity of talent that will satisfy a great part of the dance music spectrum. As far as restaurants thats a hard question, so Much good food in SD. Currently one of my favorite spots is The Balboa IMO best burgers in SD.

J: Definitely recommend CRSSD Fest. Fngrscrssd has definitely put together a very diverse arrangement of amazing headliners not specific to a particular dance genre but all complement each other for this music festival. If you want a guaranteed got Mexican joint after a club night El Zarape (the one on park blvd) is always a good choice!

Do you have any residencies?
A: Yes, We are FNGRS CRSSD resident DJ’s and Our Label’s Late Night Jackin’s Monthly Party at House Music Friday’s at The AC Lounge.

J: We are resident DJ’s with Fngrscrssd and play BANG BANG a few times a month. We also throw our own party once a  with our Late Night Jackin label mates currently at AC Lounge.

What gig do you dream about?
A: I would have to say Beach Side in Ibiza, On a same bill with some our favorite DJ’s/Artist.

J: I dream of us someday playing Dekmantel Music Festival, more so too go into fan-boy overload!

What cool things do you have planned for the remainder 2016 and beyond?
A: Looking forward to CRSSD FEST in October, Sunsound’s Green Velvet party in Tijuana MX. We will be dropping our third EP on LNJ in October. And working on a mini DJ tour trough out the west coast soon.

J: Super excited for CRSSD Festival coming up Oct 1st – 2nd such a beautiful way to show off our great city at the Waterfront Park downtown San Diego. Also excited to return to Tijuana Mx, for SUNSOUND Presents Green Velvet. Lastly we are currently working on a Cali mini tour soon.

Tell us about your mix…
A: This mix is representation of our style and taste in House Music. Deep, Jazzy, Disco, Groovy and most importantly Sexy

J: This is the best representation of our style, It’s all about having a good time, soul sexy groove. Rule one is always make it sexy and fun on the dance floor for us.

Drink of choice…
A: Craft Beer, And Whiskey and Ginger Ale.

J: I consider myself a Michelada connoisseur and will always order one anywhere they are served. Also am now very much a fan of Whiskey Ginger ale.